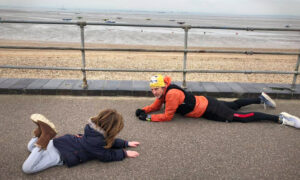 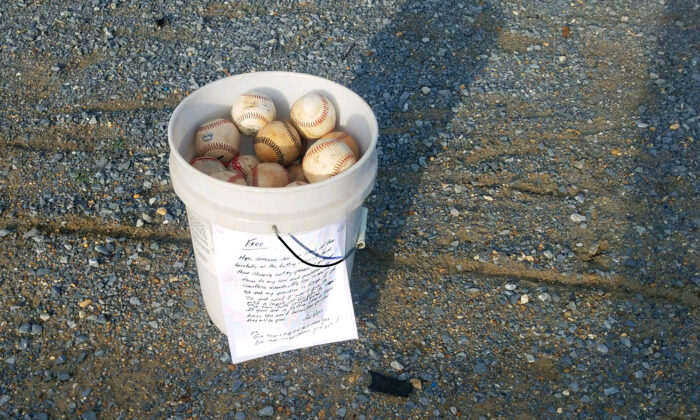 ‘Cherish These Times’: Grandfather Leaves Bucket of Baseballs With Note at Batting Cage

Grandfather Randy Long, 72, found a bucket of old baseballs while cleaning out his garage. Moved by the memories of pitching for his son and grandson, Long decided the time had come to give the baseballs a new lease on life.

“We’d just go out and throw, and they’d hit in that batting cage, and I’d get behind the screen and dodge them, and it was just hours on hours,” Long, of Montgomery, Alabama, told WSFA.

Long took his bucket of baseballs to his local batting cage and left it there, labeled “Free,” with a heartfelt note attached.

Both his son and grandson had moved away, Long said.

“If you are a father, cherish these times. You won’t believe how quickly they will be gone,” he wrote.

“Give them a hug and tell them you love them every chance you get!”

Speaking to ESPN, Long’s grandson, Ethan Anderson, said that back then, he didn’t always want to go, but that his patient granddad always wanted him to “be the best player” he could be.

Long’s wife sent a photo of the note to Anderson, who decided to share his grandfather’s words with the world. He posted the photo on Twitter, amassing hundreds of thousands of likes.

Anderson told ABC News that the note moved him as his grandfather isn’t usually an emotional person.

“When I saw that side of him, it made me a little emotional as well,” he said.

“So that was special for me, and that’s really why I decided to post it.”

Both Long and Anderson were delighted that the note has encouraged others to cherish family togetherness.

Just 10 days after the tweet went viral, Anderson, his father, and his grandfather fulfilled a long-held ambition: to return to the batting cage together.

Anderson shared a photo of the trio on Twitter.

“Made the trip back and I have to say … the old man still got it,” he wrote.

As for Long’s bucket of baseballs, WSFA reported that a young boy found the bucket and note, and his family reached out to Anderson on Facebook. Anderson and his grandfather have made plans to meet them.