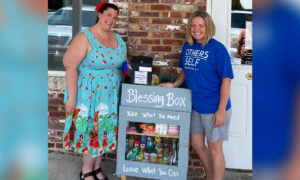 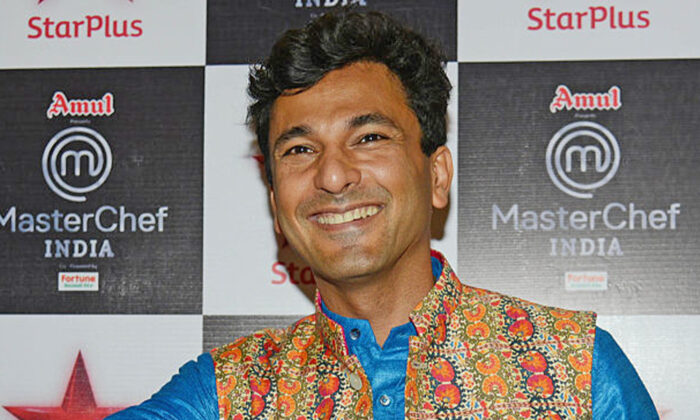 In the wake of the CCP virus pandemic, one of the first Indian chefs to be awarded a Michelin star, culinary expert Vikas Khanna has been feeding his home country’s most at-risk populations, en masse, from over 7,000 miles away in Manhattan.

Khanna’s Feed India program, “Barkat” as he calls it, was launched when India first went into lockdown as a response to the pandemic. Since April, aid has reached over 50 million Indians.

“If my grandmother was alive, she would say, ‘You weren’t born for the Michelin star, you were born to do this,’” Khanna reflected in an interview with CNN.

As the CCP (Chinese Communist Party) virus, commonly known as the novel coronavirus, began spreading in the United States, Khanna started losing relatives and friends to the virus and took a huge financial hit to his catering business. “Everything had to be canceled,” he recalled. “It was heartbreaking.”

But images of struggling families back home in India struck him to the core.

India went into lockdown on March 25. On April 1, Khanna asked his 2.3 million Twitter followers to check on their neighborhood orphanages, elderly care homes, and leprosy centers so that he could shortlist the places in greatest need. Over 1,000 people responded, and Feed India took form.

With the help of India-based wholesalers and volunteer packing and delivery folk, the first two deliveries were made to Varanasi in the north and Mangalore in the south. Khanna and his team of volunteers then created 58 food stalls at gas stations in the states of Uttar Pradesh and Bihar, in the north and east of India, reported Lifegate, to offer cooked meals to migrant workers who were fleeing back to their home villages, as many businesses had been shut due to the pandemic.

Feed India faced teething troubles, including having some of its supplies stolen en route, but Khanna’s beloved mother bolstered his resolve every step of the way. “I told Vikas not to lose heart,” Bindu Khanna told CNN via video call. “I told him it’s time to pay your country back by helping the poor and starving.”

In mid-April, Khanna enlisted the help of India’s National Disaster Response Force (NDRF). “I told him we could be your hands, legs, and ears in India,” said NDRF Chief S.N. Pradhan, describing Feed India as “deeply, deeply humanitarian.”

With the NDRF, Khanna was able to reach even more marginalized communities. With corporate sponsorship from brands including Pepsi, India Gate, Quaker Oats, and Hyatt Regency, Feed India workers added other essentials such as masks, sanitary pads, and footwear to the aid packages.

“I started alone… and the tribe kept growing,” the chef posted on Twitter.

Khanna traversed a difficult childhood to get to where he is today. He was born in the city of Amritsar, Punjab, with clubbed feet, and wore cumbersome leg braces and wooden shoes before finally learning to walk and run unaided at the age of 11.

“I do have memories of my walking, especially the sound the shoes made… they were like thunderstorms,” Khanna told CNN.

As a boy, he was drawn to his grandmother’s kitchen to escape bullies, but there he discovered a passion for cooking. He moved to the United States in the year 2000 and made New York City his home.

Since then, Khanna has run a cooking school from his apartment, appeared on chef Gordon Ramsey’s “Kitchen Nightmares,” lost almost everything in the 2008 recession, and rebuilt his empire by opening Junoon, an Indian restaurant that earned a Michelin star within just 10 months of its inception.

As the pandemic wages on, so does Feed India. At the time of writing, Khanna is multitasking; the talented chef, businessman, and philanthropist has opened a new restaurant in Dubai and is working on a second movie.

He is also planning to write a book about the Feed India movement.

Khanna told The Tribune India that what keeps him striving is his promise to his mother that he’ll see his commitments through. “She didn’t raise a quitter,” he said.