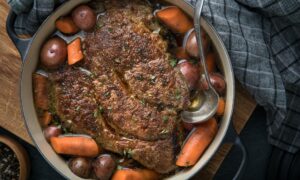 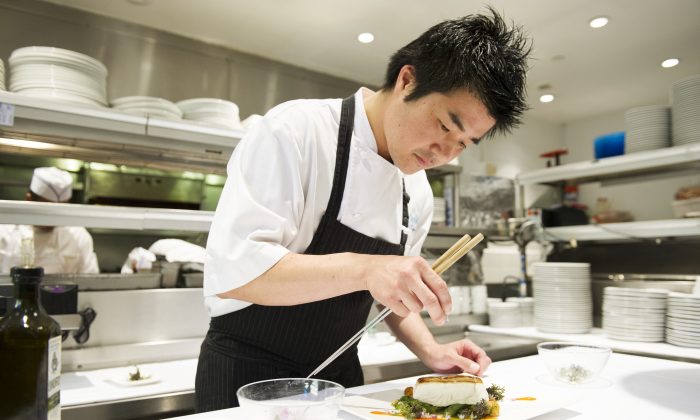 Born in Japan and raised in Honolulu, executive chef Yuhi Fujinaga has studied under some of the most celebrated chefs in the world: Iron Chef French Hiroyuki Sakai, at La Rochelle, where he honed his fine-dining skills; chef Christian Delouvier at Lespinasse; and with chef Alain Ducasse at Ducasse in the Essex House.

When Ed Brown was establishing The Sea Grill as a top seafood destination in New York City, he appointed Fujinaga as his executive sous chef. Later, he became the Chef de Cuisine at Bar Basque before coming back to The Sea Grill.

Epoch Times: What did you want to be when you were growing up?

Fujinaga: As I was growing up, I was influenced by my father to become a pilot. My father was an aspiring aviator who always talked about jets and planes.

Epoch Times: What is one of your significant childhood memories of food?

Mr. Fujinaga: I had many dislikes. Veggies were my enemies. Now, I can’t live without them.

Epoch Times: What is your approach or philosophy to cooking?

Mr. Fujinaga: My philosophy to cooking would be, let nature take its course. Seasonality in cooking is the key to mastering simplicity in cooking.

Epoch Times: What’s your current favorite ingredient to play with?

Mr. Fujinaga: I really don’t have a favorite ingredient, but if I were to pick one that’s coming out soon, it would be heirloom tomatoes.

Epoch Times: What’s the craziest thing you’ve ever seen happen in the kitchen?

Mr. Fujinaga: It was sort of really disgusting, but seeing someone’s finger fly off the slicing machine. [Editor’s note: This incident occurred years ago. Chef Yuhi packed the finger on ice, brought the cook to the hospital, and the finger was reattached.]

Epoch Times: When you’re not cooking, what do you enjoy doing?

Mr. Fujinaga: I have two restaurants in mind, both neighbors of each other: SakaMai and Yopparai. Both of them are very unique and special restaurants. They both are underrated.

Epoch Times: What current trend do you find worthwhile?

Epoch Times: What trend do you find overhyped?