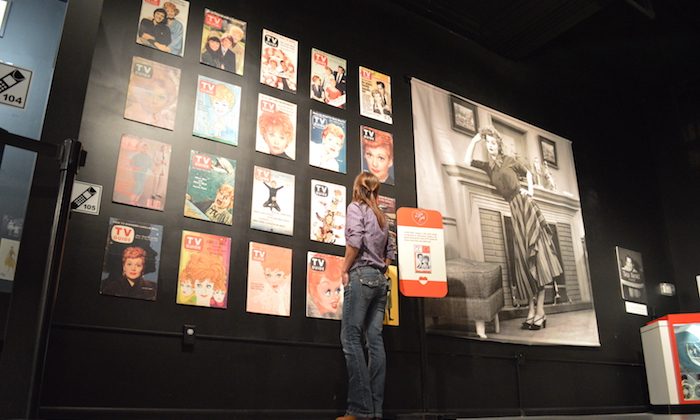 “Come stand next to me!”

My first comedy act ran almost five years. I’d beckon my little sister over and try to maintain a straight face as she stepped in something unsavory (think slugs or dog poo), then stagger off, a suppressed giggle giving way to my signature cackle. The look on her face! I’d laugh till I cried and she’d just cry. I still revel in my brilliant tomfoolery. She stopped listening to me years ago.

More recently, I performed my first stand-up act in an attempt at using humor as a coping mechanism. I’d been diagnosed with a neurological “thing” that has no cure, secondary to traumatic brain injury I’d spent over a year rehabbing. I’d gotten very good at making light of brains and brain rehab but this news upped the ante. And so I had to choose again: Laugh or cry. After a decent amount of crying, I settled on laughter and decided others should share in my … anti-revelry? People laughed and I felt a bit better.

Another source of solace during this rough patch—spectacular views. Views from mountains (I seriously took up mountaineering to help cope with the brain rehab) or across sandy beaches into wide expanses of sea. Sunrises and sunsets. Vistas I need to leave New York City for. Because I need them now more than ever, I’d do almost anything for those views or laughs, including renting a car and driving six hours across the state to Lucille Ball’s old stomping grounds for a fitting package deal: The Chautauqua Harbor Hotel’s “Hilarious Getaway Package.” Here’s what you can expect.

Lucy enthusiasts can’t miss neighboring Jamestown’s annual Comedy Festival and also need to visit the Lucille Ball Desi Arnaz Museum, exploring the life stories of Lucille Ball and real and onscreen husband Desi Arnaz with an audio tour through a vast collection of the First Couple of Comedy’s personal belongings. Exact re-creations of the television studio sets, from “Tropicana Room” to the Ricardo’s New York City apartment living room will have you saying, “Lucy, I’m home!” Truly, you are. This museum is the very house she grew up in.

The true homage to Lucille Ball is the National Comedy Center itself, embodying her vision that her hometown become a destination for the celebration of the comedic arts. While the vision started to become a reality with the museum and festival, the Center fulfills Lucy’s wish for the region—an ongoing legacy of laughter.

Inside the National Comedy Center

I spent an entire day exploring more than 50 immersive exhibits on an interactive journey through comedic history and genres, from mimes to memes gone viral. Setting the experience apart from any museum I’ve visited is the cutting-edge personalization technology that made the experience unique to me and my tastes. After creating a humor profile with a microchipped wristband, I explored content tailored to me as an individual, from broad slapstick to edgy satire, all the while up-voting what resonated most to further hone my experience.

Along with educational games, I virtually stepped into some legendary late-night studios, tried my hand at cartooning, created my own meme (it didn’t go viral because the world isn’t ready) and replaced Ron Burgundy on the “Anchorman” set. I even hit the stage for some live stand-up.

The hallway leading to an elevator that takes guests down to the Blue Room (more on that in a bit) showcased several displays in a more serious tone, the history of the military USO, political humor, and what resonated with me most, healing power.

The placard reads, “It’s an intuitive belief: Laughter makes us feel better. But there is also tangible evidence that comedy can, in a very real way, heal our wounds. Humor has the power to provide an emotional catharsis, build empathy, unite communities, and even boost the immune system.”

I watched as Tig Notaro discussed, on stage, the back-to-back whammy of losing her mother then being diagnosed with breast cancer. Patton Oswalt addressed the passing of his wife in stand-up. I felt in good company; they just do it better and for money.

The aforementioned Blue Room acknowledges that some people find boundary-pushing material refreshing and hilarious while others do not. This separate space, not suitable for children, celebrates raw and uncensored comedy. After learning everything I never knew about Lenny Bruce—his exhibit is extensive and impressive—I got comfortable with one of my favorite forms of comedy, the roast, where people are poked fun at for being who they are. I sat there in a set of headphones laughing for over an hour, keeping in mind it’s what I do with each joke I poke at myself.

At the end of the day I scanned out and immediately received an email summary of my humor preferences. I left with a more profound appreciation for comedy icons and innovators. While I’d ruminated plenty on the power of comedy, the National Comedy Center gave me a deeper understanding of the tremendous influence of humor on how we think and live.

As I was walking out, a gentleman I’d seen in the Blue Room caught up with me and said, “You have a great laugh. It’s like an evil cackle.” Don’t I know it. Didn’t my sister know it first! Heading back to the Chautauqua Harbor Hotel to take in one more sunset, I thought about the dichotomy of extremes I’ve attempted to set up for myself, flipping between the two extremes of utter wonderment and sheer amusement. The reality is, the bulk of my time is spent somewhere in between, dealing with the grind. Though life is no joke, laughter is the best medicine.