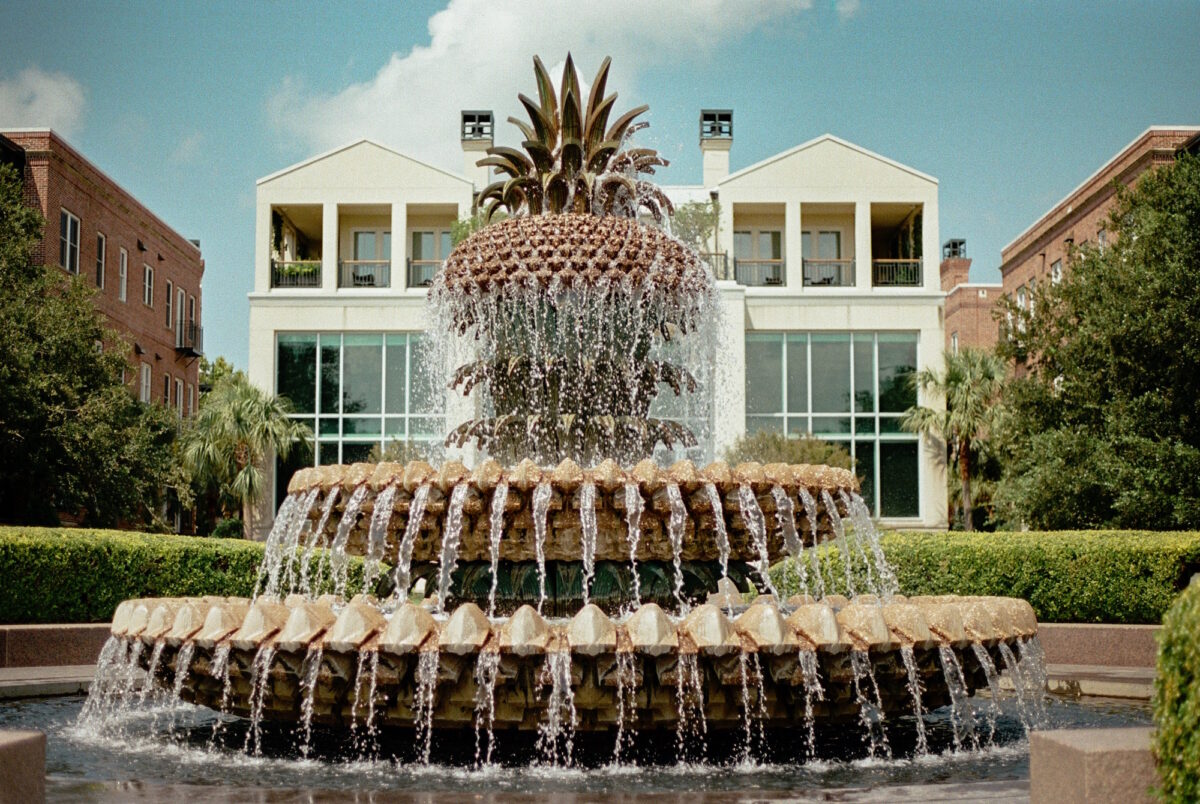 Charleston Enchants With Its Southern Hospitality

The city is also steeped in American history
BY Allyson Portee TIMEMarch 22, 2022 PRINT

Named for Charles II of Great Britain and Ireland to honor the king who succeeded in guiding Britain during a time of religious unrest between Anglicans, Catholics, and dissenters, Charleston is a South Carolina Lowcountry getaway that boasts elegance, Southern charm, and warm hospitality.

The city has wide appeal. If you’re a history buff, there’s much to learn and explore. If you’re a foodie, you’ll unpack culinary treasures from South Carolina barbecue, seafood, and sweet treats. If you enjoy the water for rest and recreation, Charleston has great beaches and water activities, as well as a floating naval vessel at Patriots Point.

Fuel up at Kaminsky’s Dessert Café on North Market Street, in the nucleus of the goings-on in Charleston. Filled with various types of hot and cold coffee as well as teas and ciders, it might be a place to return to for a slice of homemade pecan or key lime pie. As you exit the café, the Charleston City Market is directly across the street. Open daily from 9:30 a.m. to 6 p.m., it’s filled with Lowcountry art, sweetgrass baskets of African origin, foods, and artisan creations.

From there, the Charleston Pineapple Fountain offers a moment of serenity and relaxation. The pineapple is a symbol of hospitality, and the fountain is a meeting point overlooking the historic waterfront.

Heading south away from the fountain on Concord Street, you’ll hit East Bay Street, which turns into East Battery; on one side you’ll see the sprawling Atlantic Ocean, and on the other, a line of magnificent Charlestonian homes of various colors. This is the renowned Battery with its lengthy walkway. As you look out, you see Fort Sumter, where the American Civil War started in April 1861. To visit, you must arrive by the concession-operated tour boat.

Coming to the end of the walkway on the ocean side of the street, cross East Battery and get lost in the myriad of Southern homes with their signature style. Venturing down quaint side streets, you’ll find a charming variety of shops. As you come back on East Battery, stop for a tour of the Edmondston-Alston House, an early 19th-century home converted to a museum.

Rainbow Row, one of the most photographed sites in the city, is famed for its 13 pastel-colored houses on East Bay Street, which were constructed in 1740. It offers an iconic view with palmettos (the state tree) lined in front of the houses. Pre-Civil War merchants lived in houses that were anything but colorful then—post-Civil War, the area surrounding Rainbow Row was considered a slum. Today, anything on East Bay Street is nearly untouchable real estate.

The Old Slave Mart Museum at 6 Chalmers Street is an important and powerful exhibit on the National Register of Historic Places. It’s an antebellum structure where slaves were sold at auction. Forty percent of American slaves entered through the market, and many of the staff are the progeny of Africans who entered its doors and became slaves.

If you’re into pirate history, head to Provost Dungeon, also known as the Old Exchange, where pirates were imprisoned for their various offenses. Before pirates were held in the dungeon, British forces had made the bottom floor a military prison. In 1788 South Carolina ratified the U.S. Constitution, and in 1791, while President Washington was on tour, he was entertained by city leaders at the Exchange. It’s a great site for a taste of early American history.

If you have a car, drive out to Angel Oak Tree on Johns Island. At a venerable 500 years old, the tree will impress you with its sprawling branches. The magnificent oak stands at 65 feet tall with a 25.5-foot circumference. Attracting people from all over the world, around 400,000 annual visitors, it’s a must-see if you have time.

Poogan’s Porch offers a more genteel ambience. Named for a stray dog that became a permanent fixture as the restaurant was up and coming, it’s set on a side street in a classic Southern house. The menu features classics including fried green tomatoes, biscuits and gravy, fried catfish sandwiches, pork chops, and Lowcountry favorites such as shrimp and grits and she-crab soup. Don’t forget to save room for pecan and key lime pies.

Where to Stay: For a bit of shut-eye, the Grand Bohemian hotel is conveniently situated in the historic district of the city. While beautiful, Charleston wears you out, and having a luxury hotel in the center with pillowtop beds takes the edge off a busy day of touring. What makes it unique is the art featured throughout the hotel. In every nook and cranny as well as the gallery, you’ll find paintings and sculptures. The rooftop restaurant Élevé offers views of the city and a Charleston-inspired menu, and the indoor-outdoor wine bar offers small plates.