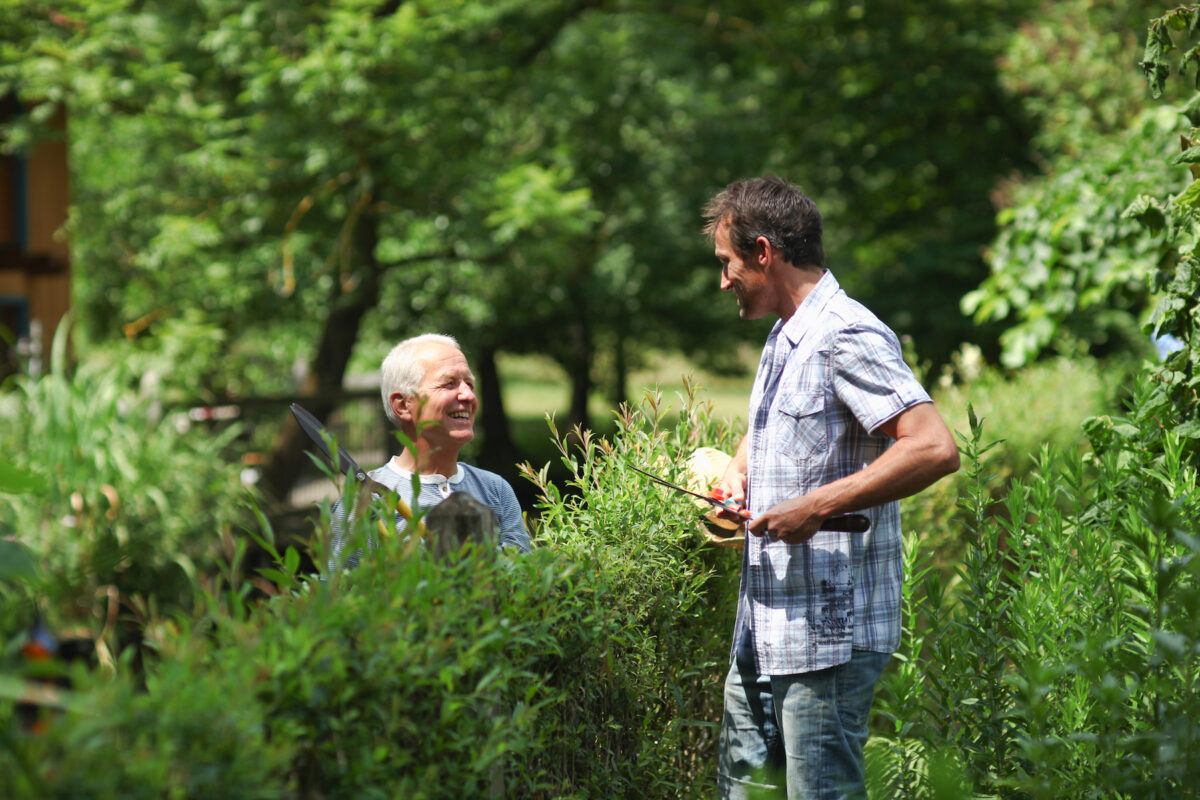 In our disconnected society, neighborliness—whether that's a friendly wave or helping out in times of trouble—is much needed. (Altrendo Images/Shutterstock)
Family & Education

Changing Minds Across the Back Fence

The Dobbs v. Jackson case that recently overturned Roe v. Wade has generated more average, everyday conversations about a Supreme Court decision than I’ve ever seen. I’ve heard strangers walking by me talking about the issue while on their phones. Neighbors even discuss it over the back fence.

My mother had one of these back-fence discussions on the day that the decision came down. She innocently mentioned the case, thinking the neighbor would be happy about it, only to be taken aback when the lady launched into a lament: What about all of the sexual assaults and the people who didn’t have insurance and the many poor children that were already in terrible situations? Did we want more of these? she questioned tensely.

Trying to keep it civil, my mother acknowledged that there are many difficult situations, but pointed out that every baby is still a blessing and that life is precious. She later told me that this interaction made her feel like leaving town and moving to the country, away from the vitriol that seems ever-present in our current society. But the next day demonstrated that such a response would have been a bit premature, as a card came from the neighbor lady, apologizing for her response, saying she had thought and prayed about the issue and realized that my mother was right about one of the points she had made. She also thanked my mother for her friendship.

Even though I didn’t take part in the conversation, I was amazed and touched by the response, and I couldn’t help but think how wonderful it would be if all of today’s arguments and disagreements were resolved with such grace and civility. But in order for that to happen, two conditions are needed: humility and friendship.

The first, humility, is readily visible on the part of the neighbor lady. Rather than holding arrogantly to the opinions she had formed, she was willing to humbly step back from them and consider what my mother had said. In the process of doing so, her mind was changed. Her humility was further evidenced by her willingness to go the extra mile, apologize, and make sure the relationship was still intact. Not many people these days have the guts to do something like that, more’s the pity.

The second condition, friendship, is less visible and was a long time in the making. It was carefully cultivated over the years on both sides of the back fence, with a conversation here, a pile of rhubarb or a butternut squash there, or even with a comforting word when someone was in the hospital. And in all honesty, it was this friendship that drove the humility necessary to make amends.

I can’t help but wonder what would happen to our country if more of us followed the example of these two neighbors. It’s relationships such as these, built in small communities and families, “that have been morally decisive in the concrete lives of individuals,” Robert Nisbet wrote in “The Quest for Community.”

Relationships such as these encourage “work, love, prayer, and devotion to freedom and order,” according to Nisbet.

“This is the area of association from which the individual commonly gains his concept of the outer world and his sense of position in it,” he wrote. “His concrete feelings of status and role, of protection and freedom, his differentiation between good and bad, between order and disorder and guilt and innocence, arise and are shaped largely by his relations within this realm of primary association.”

This dynamic seems to be what played out in the exchange between my mother and her neighbor. Because the relationship was well cultivated and maintained in the local community, there was plenty of room for positive influence—influence that even led to a changed mind.

Given that, I can’t help but wonder what would happen if more of us did the same: working hard to cultivate positive friendships and relationships with those in the nearest vicinity to our homes. In our broken, disconnected society, people are starving for someone who will reach out to them, to give them a friendly smile and a wave from across the driveway, to be there in times of trouble. Those of us who will make the effort to be that friend and near neighbor may reap unexpected dividends. Who knows? We may even be such an influence that we’ll change a neighbor’s mind, laying another brick in the path toward societal sanity.