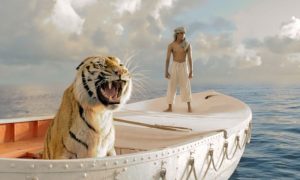 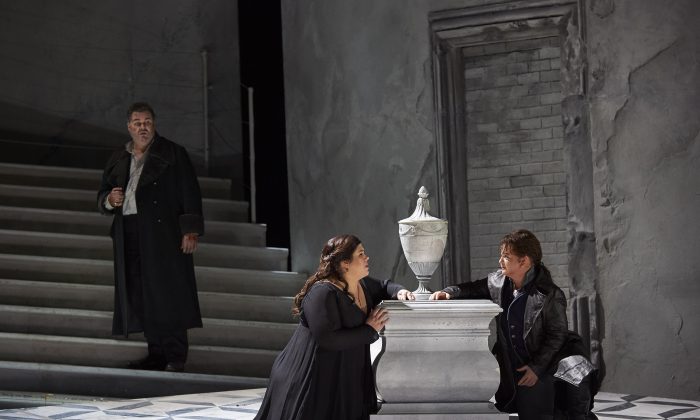 TORONTO—Most people familiar with Rossini are familiar with his comedies, such as his greatest hit “The Barber of Seville,” known for its effervescent, upbeat spirit. However, Rossini also wrote some quality serious operas, such as “William Tell” and “Maometto II.”

In the case of the latter, both opera aficionados and those who have never seen an opera are in for a new experience with the Canadian Opera Company’s revival of “Maometto II,” which has rarely been performed since its 1820 premiere in Naples despite its musical virtuosity.

“I think that ‘Maometto II’ offers some of the most intensely dramatic displays of virtuosic vocalism in the operatic repertoire, and I think this production specifically highlights the music in the best possible ways, allowing the music to just really speak and drive the drama. I think people will walk away like they witnessed something very special,” says American mezzo-soprano Elizabeth DeShong who is singing in the COC’s revival.

This production, directed by David Alden, was originally presented by the Santa Fe Opera in 2012.

“Maometto II” is set in the Venetian city of Negroponte where the governor, Paolo Erisso, is confronted with the impending invasion of the Ottoman sultan Maometto II (Mehmed II), who successfully conquered Constantinople and is now advancing on Western Europe.  The young nobleman Calbo urges the governor to keep on fighting, and a battle ensues.  However, as the story unfolds, little does Erisso know that his own daughter Anna—whom he wants to betroth to Calbo—has fallen in love with none other than Maometto himself, while he was travelling in disguise.

DeShong plays the role of Calbo, a pants role as it is known in opera, referring to the role of a man written for a woman’s voice.  This part is usually used in opera to portray a very young man.

Calbo is a person of upstanding character who defends Anna’s honour despite the fact that she is in love with another man.

“As a soldier he is brave and eager to go into battle and fight to the bitter end, but when it comes to his love for Anna, he is tender and cautious and tremendously understanding,” says DeShong, noting that this respect and trust is a mark of his noble character and selfless love.

DeShong explains she is often asked about the challenges of playing a pants role.  For her, it is not much different than playing any other role. It requires understanding the character’s age, motivations, and circumstances, and reacting in the moment to the actions of those around her, she says.

“I think the believability of a character, if we aren’t holding on to misinformed gender stereotypes, really comes from just responding naturally to your character’s physical and emotional environments,” says DeShong.

However, the real challenge for Calbo lies in the technical demands of the role. “I’ve sung a lot of difficult roles, but this really asks you to navigate your voice with every tool in your toolbox.  One moment it’s flexible, one moment it’s heroic. I do two octave vocal leaps twice in one measure at one point. It really asks you to use every element of your vocalism and that’s difficult, but it’s something I’m ready to take on,” she says.

“I think every role I’ve sung until now has been preparation for this challenge.”

This same challenge is experienced by each of the four lead singers, and she explains that this has brought them together to help each other.

“This piece asks so much of its singers—it really pushes you to the extremes of your vocal register so we kind of band together in support of each other’s success. It’s tremendously difficult.”

DeShong believes the difficulty of the roles is one of the main reasons why the opera is so rarely staged. It is not easy to find a cast that can really take it on, but she believes this was accomplished by this COC production.

“You need four substantial voices with extreme flexibility and easy access to the extremes of their vocal registers, and that’s hard to find. You need one of each voice type,” she says.

For more information about the COC’s production of “Maometto II,” visit: www.coc.ca