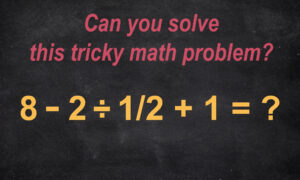 This Tricky Math Problem Has Many People on the Internet Stumped–Can You Solve It Correctly?
0 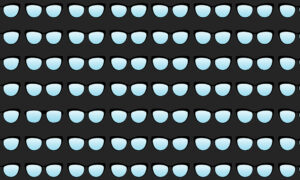 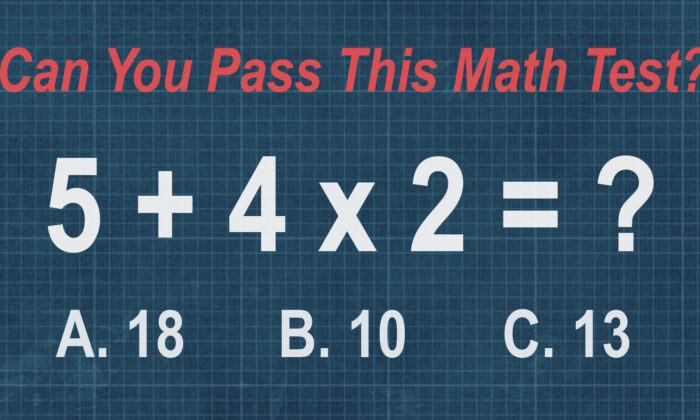 As many people in the United States are spending unprecedented time at home during this pandemic crisis, it’s easy to feel overwhelmed by the situation. But if the situation is getting you down, did you know that math just might be able to help?

Today, we’ll give you a deceptively difficult math problem that will warm your brain up and then tell you how doing more math could help fight the symptoms of depression and anxiety.

A boost for your mind and your mood.

This math problem is multiple choice, so that should make it easier. Give this problem a try:

The problem looks easy enough, but not so fast; it’s not as simple as it looks. So take a moment and check your work, and when you think you have the correct answer, or if you’re completely stumped, scroll down below to see the solution.

The correct answer is 13.

Congratulations if you got this problem correct. However, if you were unable to answer this, you may be asking, “Why is that?” As we said, it’s not as simple as it seems!

You might recall from junior high math class a rule that applies to all math problems called the “order of operations.” Basically, that tells us which part of a math problem we must solve first, and the reason for this rule is that you can get different answers depending on the order in which it is solved. So, in order for everyone to be on the same page, there needs to be a common understanding, a common rule, which lets us know what order to solve the problem.

That rule explains that math problems should be solved in the following order: Parenthesis first, then Exponents, then Multiplication and Division, and last of all Addition and Subtraction. To make this easier to remember, an acronym was created: PEMDAS.

It’s also important to remember that when dealing with signs of the same order (for example: multiplication and division) they should be solved from left to right.

Keeping this in mind, let’s review the problem again:

Now, we see where the error occurred, right? As there are no parenthesis or exponents—and if we use PEMDAS we know multiplication comes before addition—we realize that we must solve 4 × 2 first, and that gives us 8. Then the problem is all but solved:

The correct answer is 13!

Did you know that doing problems like this every day could help your brain avoid the toll of depression and anxiety? A study published in the journal Clinical Psychological Science showed that math could activate a part of the brain called the dorsolateral prefrontal cortex.

As Matthew Scult of Duke University, a researcher in the lab that ran the experiment, said in a press release: “Our work provides the first direct evidence that the ability to regulate emotions like fear and anger reflects the brain’s ability to make numerical calculations in real time.”

The experimenters believe that the skills developed in doing mental math might help when you’re confronted by feelings of anger or distress. In these times, that’s definitely a useful thing. Scult suggests that doing math can literally help change the way you see the world and your own feelings.

“We don’t know for sure why that is, but it fit into our hypothesis that the ability to do these more complex math problems might allow you to more readily learn how to think about complex emotional situations in different ways,” Scult says. So keep calm, and calculate away.