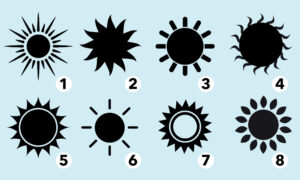 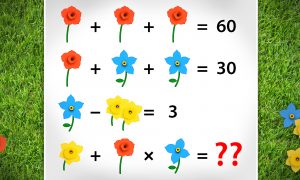 Can You Solve This Controversial Math Problem?–People Are Getting Into Heated Arguments Over It
0 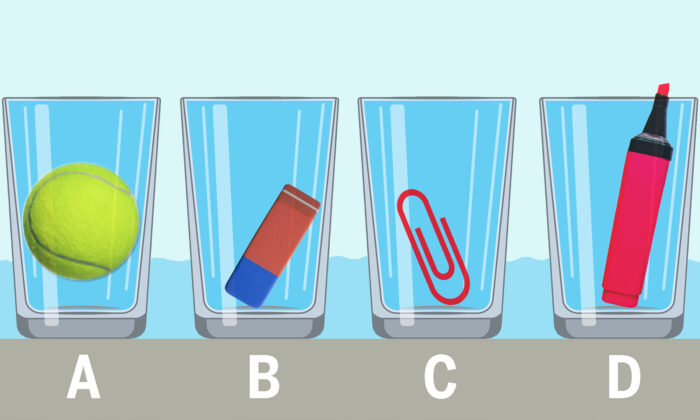 Can You Determine Which Glass Contains the Most Water? This Brainteaser Goes Back Thousands of Years

Each glass is the same size; each is filled almost to the brim with water; and each contains a different object. Glass A contains a tennis ball, glass B contains an eraser, glass C has a paper clip, and glass D has a red marker pen.

The question is this: Which glass contains the most water?

Before scrolling down for the solution, take a look at the illustration and try to work it out for yourself. Perhaps imagine removing each item from the glasses one by one, as this may help in visualizing how much water would remain.

Answer: The glass with the paper clip inside contains the most water.

Did you get it right? For any readers who didn’t arrive at the correct solution, perhaps an explanation of the science behind the riddle will help.

It involves a concept called “displacement.” When an object is submerged in water, the object’s volume displaces an equal volume of liquid. Hence, if the glasses are all the same size and the water level is the same for each glass (that is, they all contain the same volume of some substance), then the glass containing the object with the smallest volume will contain the largest volume of water.

The paper clip, of course, has the smallest volume of the four solid objects in each glass. Therefore, it displaces the least amount of water, allowing a larger volume of water in the glass.

While this brainteaser serves a modern-day function as a quick, fun, 60-second stimulation for the neural pathways, the principle of water displacement for volume calculation has a fascinating origin story.

The practice of determining volume by immersing objects in water was originally attributed to the Greek mathematician Archimedes via an entertaining anecdote.

As per Science World, Archimedes was asked by a king to ascertain whether or not his crown was made of pure gold or gold mixed with silver. In order to deliver an answer to the king, Archimedes had to calculate the density of the crown; density is calculated by dividing an object’s mass by its volume.

Archimedes knew how to find the mass of the crown but was at a loss for how to discover its volume.

The “eureka moment” occurred while the mathematician was bathing. Archimedes noticed that the further he lowered his body into the water, the higher the water level rose. The displacement of water could be measured and would thus indicate the volume of an object.

As the story goes, Archimedes was able to compare the crown’s density to the known density of pure gold and drew a conclusive, if disappointing, result for the king: the crown’s composition was not of pure gold.

Whether used to measure wealth for royalty, as part of a school science assignment, or to solve a viral brainteaser challenge, the water-displacement trick has been relevant for centuries.