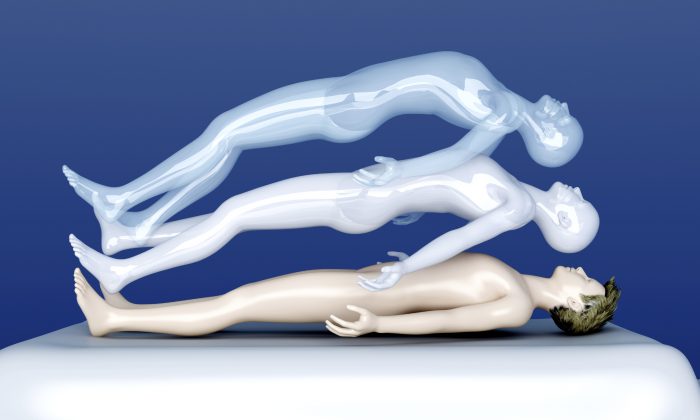 Materialism and psychical research are often viewed as antithetical. But psychic phenomena and the occult have been with us all throughout our development of science, and—like it or not—they have their place in modern science, according to Andreas Sommer.

Sommer is a junior research fellow in the department of history and philosophy of science at Churchill College at Cambridge University in the UK. In April 2016, his article “Are you afraid of the dark? Notes on the psychology of belief in histories of science and the occult,” was published in the European Journal of Psychotherapy and Counselling.

He started out addressing psychotherapists. He asked them to imagine hypothetical situations in which their patients report paranormal experiences—maybe a telepathic connection with a loved one or a profound out-of-body experience.

“In many cases, you may find it advisable not to encourage your client’s belief in the reality of the reported phenomena, while trying to establish what emotional conflicts and issues each experience may represent,” he wrote.

“On the other hand, you might have encountered instances where ostensibly ‘paranormal’ experiences, rather than being inherently unsettling, on the contrary inspired a client’s confidence in higher and ultimately benevolent realities.

“Far from persuading such clients to abandon these apparently irrational and naive beliefs, you may have come to acknowledge that at least some individuals can exploit profound forms of ‘transpersonal’ optimism as highly effective means to cope with, and possibly even overcome, concrete hardships and emotional problems.”

Sommer’s goal is not to prove that psi or parapsychological phenomena exist. He argues instead that the topic of psi has been wrongly marginalized and we must examine it openly.

The idea that parapsychology is unscientific, or pseudoscientific arose in the 19th century from “political, philosophical, and religious concerns rather than scientific work,” he argued. This idea has been perpetuated, in part, due to fear.

He quoted physicist Léon Foucault’s comments on telekinesis: “If I saw a straw moved by the action of my will … I should be terrified. If the influence of mind upon matter does not cease at the surface of the skin, there is no safety left in the world for anyone.”

Sommer qualified: “I don’t want to appear as trying to substitute one crude psychological explanation (‘interest in occult phenomena has been motivated by an irrational need to believe,’ etc.) with another, equally simplistic one (‘opposition to psychical research has been motivated by irrational fears’) and use it as a historiographical argument.”

He continued: “At the same time, once we acknowledge that cultural and personal biases constitute fundamental problems in any realm of human activity, the insight that we have to deal with them somehow seems inescapable.”

What Sommer calls “fuzzy but immensely loaded” words—such as “mysticism” and “superstition”—were used to discredit parapsychology and distance it from the new psychology that developed in the late 19th century.

What Sommer calls ‘fuzzy but immensely loaded’ words—such as ‘mysticism’ and ‘superstition’—were used to discredit parapsychology.

Yet Freudian psychoanalysts were open to extrasensory perception within a materialist tradition, Sommer noted, showing the demarcation between materialism and psychical research was not that clear.

Sommer commented on the emotional, rather than scientific response many scientists have to parapsychological research: “Although instances of violent opposition to new ideas is a commonplace in the history even of orthodox sciences, I cannot help but being struck by the persistent vehemence, the often hateful and emotional nature of some of the attacks that continue to inform this historiography.

“I find myself essentially in agreement with psychoanalyst William Gillespie and many others, who observed that there was a strong tendency among critics to respond to the data of psychical research ‘in an irrational, emotionally determined way.'”

Sommer concluded: “Frank acknowledgement of the rationalist dilemma must not be confused with an excuse for lazy thinking and arrogant dogmatism. Far from paralysing our critical faculties, its admission might on the contrary motivate us to try harder than ever to identify, accept and eliminate inevitable biases standing in the way of our cultivating benevolent open-mindedness coupled with ‘never-sleeping suspicion of sources of error.'”