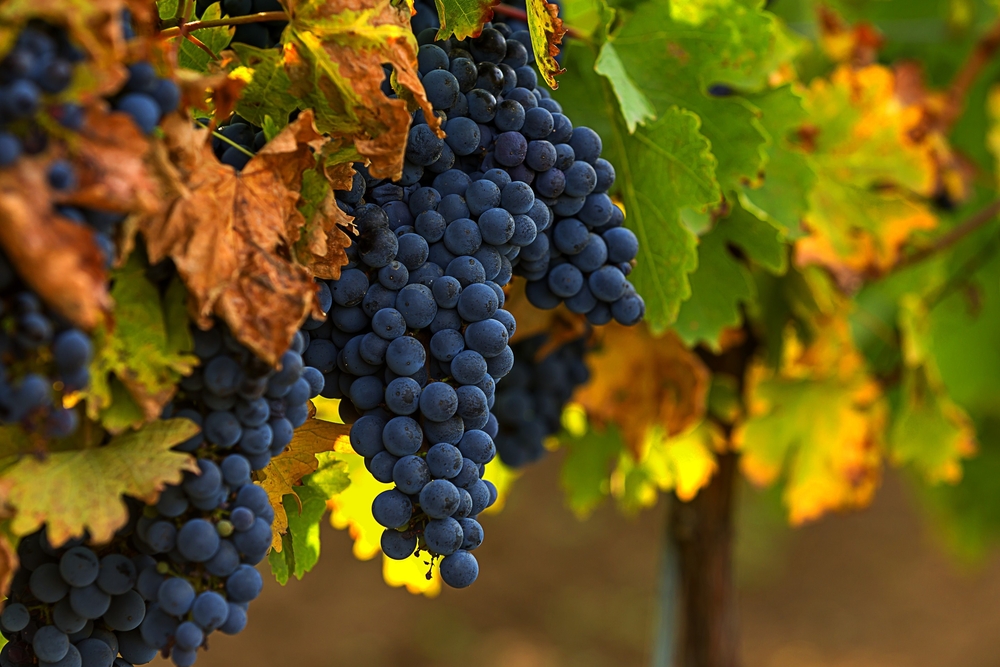 Today California has only about 35,000 acres of merlot grapes—insufficient to meet the demands of wineries. (Relu1907/Shutterstock)
Food

California Merlot: Past, Present, and Future?

Living in the heart of Sonoma County wine country gives me direct access to winemakers, occasionally in grocery stores or parking lots.

Two weeks ago, I bumped into a friend, a winemaker for a small winery who bemoaned that prices for merlot grapes were rising a lot higher than he had anticipated, which made his job more difficult.

But the way prices for merlot were rising, he said, he had only two choices: either raise the price of the cabernet or use a lot less merlot and replace it with lower-caliber grapes, which would undoubtedly change the style of wine.

Neither choice was ideal.

The story of California merlot goes all the way back to 30 years ago, when there were only 8,000 acres of merlot growing in all of California.

An episode of the CBS show “60 Minutes” called “The French Paradox” spoke of how regular consumption of red wine obviated the rich diet and smoking regime so popular in France. Heart disease, often associated with both smoking and heavy ingestion of fats, was lower in France than it was in the United States.

The counterintuitive conclusion was attributed to regular red wine consumption by the French.

By 1996, California was awash in merlot grapes. We had reached 58,000 acres of them, a huge percentage planted in the wrong soils and in the wrong climates, making particularly uninteresting red wines.

It led the main character in the film “Sideways” to disparage all merlots, which wasn’t fair to the grape.

Fast-forward to today. The majority of the poor-quality merlot grapes that were planted in the early 1990s have mostly been removed, with some of that land converted to growing other varieties. Along with that removal of merlot was the sad conversion of some excellent cooler-climate merlot grapes.

Today, California has only about 35,000 acres of the variety, much of it planted in the right soils and climates to make a fine wine. But obviously, it’s insufficient to meet the demands of wineries that need quality merlot.

And growers face a dilemma. Some would like to plant more merlot to meet the demand of wineries that need it, but they also fear that too much additional merlot acreage could collapse prices.

That would be a benefit to wineries, of course, but growers cannot afford to be making long-term plans with the possibility of short-term disaster.

How does this affect the price of merlot wines that are on the shelf? Not much, notably if you are in the market for a great quality merlot at a fair price.

There are dozens of high-caliber red wines that are either marketed as merlot or contain that variety as part of a blend that sell for $12 to $20.

Our Wine of the Week is a steal.

2018 La Storia Merlot, Alexander Valley, Estate Bottled, “Block 500” ($34): Even at this price, this superb red wine from Trentadue in Geyserville, California, is a terrific value—loads of black cherry fruit with traces of black olives and anise in the finish; it gets better with aeration and will be best in three to six more years. Bottle Barn in Santa Rosa, California, has this wine for $19.99, and shipping costs are reasonable.