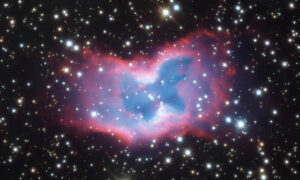 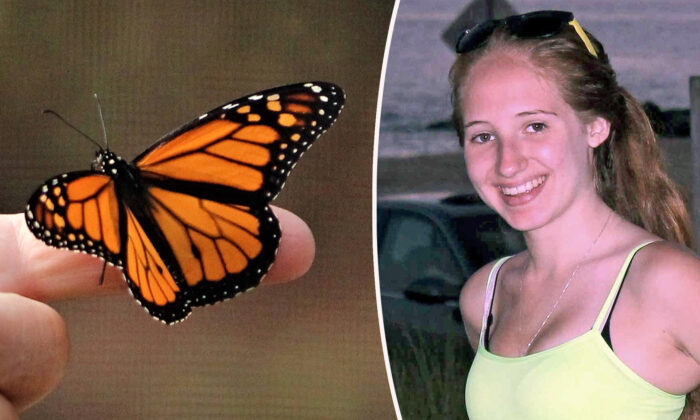 Butterfly Visits Dad After Daughter’s Death, Inspires Him to Raise Monarchs in Her Memory

A week after his youngest daughter’s funeral, Frank O’Donnell spotted a black and orange monarch butterfly in the backyard of the family home in North Providence, Rhode Island.

This was a moment that spoke to him, and it echoed memory of his daughter, Keri.

This encounter led Frank to eventually raise butterflies in his backyard, sending spare milkweed seeds to anyone else compelled to help these endangered insects thrive in the wild.

Frank explained to The Boston Globe that this species of butterfly has become intrinsically connected to his memory of Keri.

“Monarchs, to me, are Keri,” he said. “I love seeing the other butterflies too, but the monarchs are what reminds me of her.”

At age 15, Keri died in a road traffic accident in July 2010. A minivan tire blew out while she was driving to the beach with her sister and three friends, sending the van careening off the highway.

In his grief, that moment when the monarch stayed with him made a deep impression; orange was one of Keri’s favorite colors.

Frank was then inspired by a friend to plant milkweed in his yard—a plant upon which monarchs lay their eggs. The garden concept turned more concrete when a friend gifted the O’Donnells an angel statue. Keri’s Garden memorial took shape.

Eventually moving the garden to the O’Donnells’ new home in Jamestown, Frank installed a sunlit mesh enclosure in his shed to raise several dozen monarch larvae, collected from Keri’s Garden, a friend’s garden, and Monarch Watch, a nonprofit conservation group.

Over the enclosure, he hung a photo of Keri.

On a diet of milkweed stalks, Frank’s larvae grew into caterpillars, then chrysalises. Of these, within a few weeks, 27 became butterflies, and they were released into the yard—from which they would eventually embark on their 3,000-mile migration to the fir forests of central Mexico.

Besides butterflies, Keri’s Garden attracted a host of other creatures, including blue jays, which also sparked memories of Keri in his mind.

He set up feeders, claiming that the birds and butterflies brought color “when there was no color anywhere else.”

When it came to harvesting the milkweed pods, Frank realized he had seeds to spare. With his daughter’s memory in mind (and the fate of monarchs), he began posting seed packets to anyone who wanted them.

Requests came in from all 50 states.

“I don’t want to speak for someone who is not here, but I think [Keri] would be happy,” Frank told WPRI. “I would be happier if we weren’t doing this, but we are kind of keeping her alive.”

Frank told The Epoch Times that he has since run out of milkweed seeds, but has pledged to add names to a waiting list for his next batch in the fall.

The journey that began with Keri’s Garden has made him a more spiritual person, Frank reflected.

“I honestly do believe that she’s around,” he told The Boston Globe. “Every once in a while, you’ve got like a little tingle and you know, it’s just like, somebody is paying attention.”