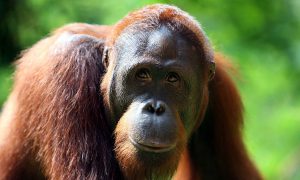 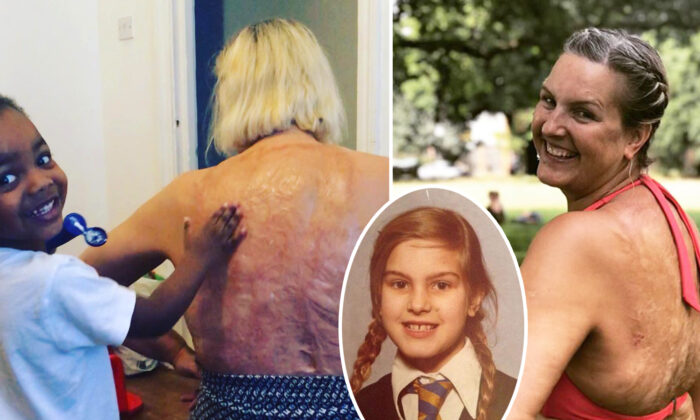 Burn Victim Starts Body-positive Campaign After 47 Years of Shame: ‘My Scars Are Wonderful’

It has taken Sylvia MacGregor nearly 47 years to come to terms with the scars that cover her back, legs, and stomach after a horrific childhood accident left her fighting for her life.

Plagued by body insecurities throughout her childhood and teens, stared at for her difference as an adult, and haunted by two traumatic encounters, MacGregor had to learn how to love herself for who she is.

“Now I think my scars are wonderful,” MacGregor told The Sun, “and I believe that I was saved for a reason. I’m here with what I’ve been through now to help other people.”

At the age of 3 and the youngest of five sisters, MacGregor was badly burned when she fell backward into a pot of near-boiling water in the family bathroom while playing “hide and seek.” Her mother had been preparing to use the water to warm the sisters’ bath.

MacGregor was rushed from her home in Middlesex, England, to Mount Vernon Hospital in Northwood. “I ended up on life support in an induced coma,” MacGregor recalled, “and the doctors told my parents I wouldn’t survive the night. They had me baptised and performed my last rites over me,” she said.

Luckily, the little girl pulled through but had to endure painful skin grafts for the severe third- and fourth-degree burns over her body, becoming the object of daily scrutiny and being told she would never find love.

“Whenever I visited the hospital I would have to undress from top to toe, stand on a bed, and turn around so that they could inspect my back and the rest of my body,” MacGregor recalled in a touching film on YouTube about her life experience.

“All the student nurses looked at me,” she explained. “I had nightmares over it. I hated my scars and I would do everything I could to hide them throughout my whole life.”

MacGregor soon discovered a passion for swimming, but two upsetting ordeals set her back. Sharing a memory, MacGregor recalled how a Physical Education teacher at her elementary school forced her to shower in front of her peers.

Her fellow students taunted the terrified girl by calling her “a snake,” “a witch,” and “disgusting” for her scars MacGregor revealed in a moving written account of her journey on Love What Matters.

However, against the predictions of her peers, MacGregor later found love with a wonderful man, married him, and had three beautiful children. Life was going well until MacGregor’s confidence was rocked during a second ordeal on holiday with her mom in 2016.

A strange man followed MacGregor along the beach, filming her in her bikini. After enduring his intrusive behavior for as long as she could bear, MacGregor decided that enough was enough. “I decided I didn’t want to suffer anymore,” she said, “and I took off the sarong covering my back […] put my hands on my hips and pretended to model in front of a packed beach.”

“I think that moment on the beach was just a turning point,” MacGregor told the BBC, “where I realized that no counseling, nothing on Google, was going to help me. It was time for me to help myself.”

MacGregor’s scars and her setbacks have become her source of inspiration for a huge movement in body positivity. Aged 50, she now runs a website and Facebook group called Love Disfigure.

Her followers have skin conditions, scars, and disfigurements of their own, and their shared goal is to stand proud and feel beautiful.

MacGregor even staged a swimsuit parade on British morning talk show This Morning in 2018. She strutted alongside an army of variously disfigured women, all baring their beautiful skin with pride.

Burns survivors, a psoriasis suffer, and a woman with self-harm scars, reported the Daily Mail, collectively flew the flag for visible difference everywhere.

“I wanted to challenge the fashion industry to be inclusive of people with disfigurement,” MacGregor said, “and let people know that we can do anything; nobody can tell us we can’t.”

Today, nothing brings Sylvia MacGregor more joy than sharing her message. “Be confident and positive in who you are,” she says, “because you are truly unique.”