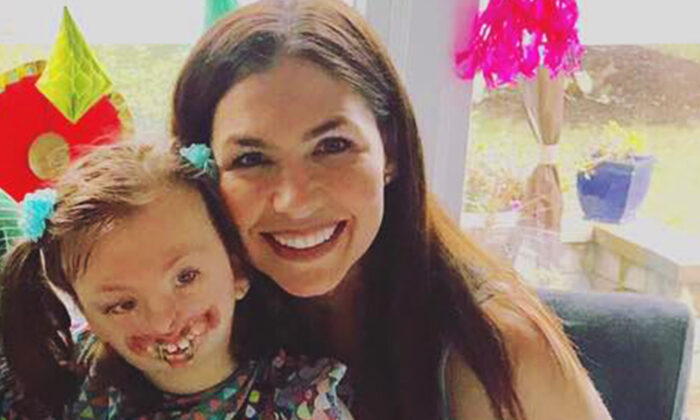 “I crawled into bed with her and I was holding her, curled up next to her and that’s when she took her last breaths.”

That was how Natalie Weaver recounted the last moments she spent with her daughter Sophie before she passed away in May.

Just 10 years old, Sophie had a neurological condition called Rett syndrome. She also had type 1 diabetes along with severe facial deformities. Natalie’s experience raising a child with these disorders led her to become a fierce advocate for children with disabilities.

Natalie found out that photos of her daughter were being used for pro-abortion posters online, and it was this cruel bullying that sparked her active involvement.

“I am an activist,” Weaver told TODAY Parents. “I think about how we can change things for the better for others as well.”

She and her husband, Mark, had taken extreme measures to prolong their daughter’s life. In January, they decided that hospice care would be the right choice. There would be no more hospital visits, and no more medicine, just plenty of quality time spent together as a family.

“Let’s have fun for the rest of your life!” Weaver told her, People reported.

“I told her no more doctors, no more hospitals,” she added. “And even though she could barely talk, when we told her that, she said, ‘all done?’”

Her condition along with constant doctor visits had prevented her from taking part in family activities most of the time. A weakened immune system meant she couldn’t be in public. When they did go out on occasion, the cruel things that people said led to her parents’ decision to keep her at home.

They decided that all of that was now going to change. They were going to enjoy life with all the time they had left together. They arranged an art museum to open early to allow them to visit without all the crowds. They brought Sophie to an aquarium, a movie theater, a roller-skating rink, and a hairdresser—all places she had never visited before.

“To know that her life is going to be spent experiencing wonderful fun moments instead of surgeries and pain and recovery and medications that make her tired and worn out it means so much to me,” she added.

Sadly, Sophie passed away in May 2019, months earlier than anticipated. Weaver thought that her daughter had at least a year left, she had told People. Yet, there is comfort in knowing that her last moments were spent with the ones who mattered most in her life.

Now, Sophie’s legacy lives on in her mother, who continues to strive to make a difference in the lives of more children with disabilities like her daughter.

“There is still so much hate and cruelty towards people with deformities and disabilities, and for a few brief moments I’ve felt like I’ve made an impact and I hope my daughter’s proud of me, but I wanted to do more … I wanted her to be here to see the world be more accepting and change for the better.”