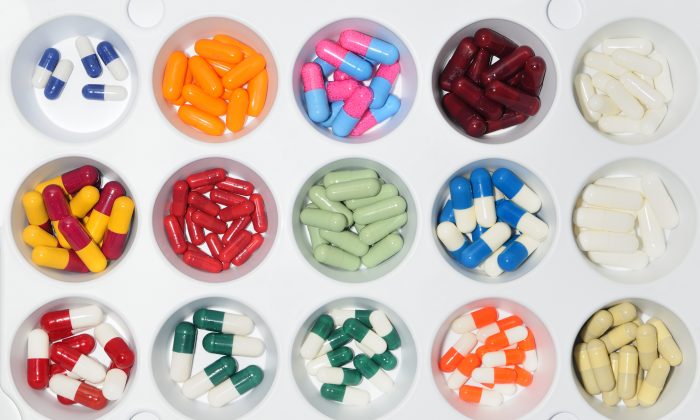 Once a company develops a drug, trials identify key concerns such as safety, efficacy, and proper dosage. Shutterstock/ avarand
Health

Give regulators more control over drug trials. That’s the advice of researchers from the Dartmouth Institute for Health Policy and Clinical Practice in Lebanon, New Hampshire.

Favorable drug trials are crucial to getting new pharmaceuticals on the market. Once a company develops a drug, trials identify key concerns such as safety, efficacy, and proper dosage. The process is meant to weed out the duds and potential disasters from the proven new medicines.

In a study published Nov. 25 in the Journal of the American Medical Association (JAMA), researchers looked at U.S. Food and Drug Administration (FDA) influence in drug trial design. They found that regulators played a surprisingly small role.

Under current regulations, drug companies have the option to request a formal endorsement from FDA for trial approval, but industry mostly keeps to its own plans. Researchers found that from Feb 2011 to Feb 2012, drug companies only sought endorsement in a third of all trials. Among 35 new drug approvals, FDA endorsed the protocol in 12 cases.

Even when companies asked for input, they might still decline the advice. Researchers found that out of 53 suggestions regulators made to improve study quality—such as adding controls, blinding, or specific measures to evaluate toxicity assessments—companies complied with 40 recommendations.

“The idea is that if you don’t have a really good recipe, you’re not going to get a good cake,” Schwartz said. “We all care that we take drugs that work well and are safe, and the way FDA decides about that are the studies that are done.”

“We want to have the very best science that we can so that FDA can decide whether the benefits of a drug outweigh the harms, or determine if there aren’t important benefits and there are important harms.”

Dr. Schwartz has seen first-hand where regulator input could have improved a trial. When she sat on an advisory committee for the approval of an insomnia medication, Belsomra, the committee voted against high doses because people were falling asleep on driving tests.

To reduce harm, the drug was approved for lower doses, despite little evidence of efficacy. The advisory committee questioned FDA about the lack of testing at lower doses, but regulators replied that industry never discussed the matter.

“This is really important because FDA did in fact approve this pill at a dosing range that had hardly been tested,” Schwartz said.

Dartmouth researchers are not the first to call for more input from regulators on trial design. In 2006, FDA hired consulting firm Booz Allen Hamilton to evaluate the drug review process. Their report suggested that “stronger early FDA involvement could avoid deficiencies that delay approval of effective drugs and more clearly identify ineffective or harmful ones.”

FDA already has the power to implement mandatory recommendations without Congressional approval, but the prospect is not likely.

According to FDA spokesperson Sandy Walsh, the agency simply doesn’t have the resources to scrutinize the details of every submission. Walsh says as long as the trials are safe for the human subjects, the agency has no reason to object to study design.

“There are often several acceptable pathways to generate the data that are required to support approval of a new drug,” Walsh said in an email.

“This system has worked well for over 50 years, and as the authors [of the Dartmouth study] note, in many cases sponsors are successful in gaining approval for their new drug even if they did not accept and follow FDA’s advice.”

If mandatory recommendations were to take effect, drug companies would probably have to pay for the privilege. The pharmaceutical industry already pays for current regulation services through the Prescription Drug User Fee Act (PDUFA), and further scrutiny would undoubtedly mean more money. The Epoch Times contacted several pharmaceutical companies and the Pharmaceutical Research and Manufacturers of America (PhRMA)to comment on this issue. None responded by press time.

There are certainly benefits that come with designing a trial with little regulator involvement. But Schwartz said the industry also has something to gain from mandatory recommendations: the altruism of solid science, and the opportunity to win back some public confidence.

“We have seen problems where results don’t get out, and the suppression of studies that don’t show favorable results,” she said. “And of course there are all those huge lawsuits for bad behavior, and all of the off-label promotion, which doesn’t help for trust of the pharmaceutical industry.”

“Certainly that’s important, but this is an issue that hasn’t received a lot of attention, and we think it’s really important too. It’s really in everybody’s best interest to have FDA play a stronger role.”