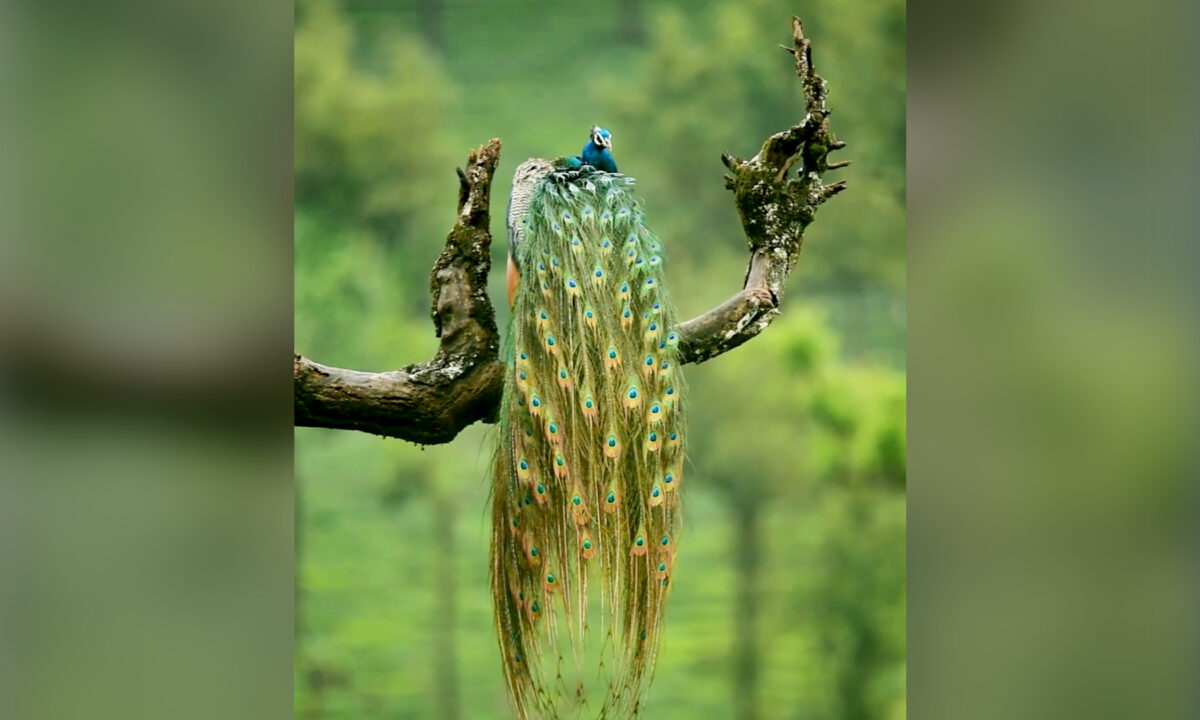 Entranced by the nature in his native country, an Indian photographer has captured a magical moment on camera after venturing out during the monsoon season: a peacock preening its feathers after the rain. He is now sharing his footage in hopes of inspiring others to love, respect, and help save wildlife.

Kirubha Karan, who resides in Pollachi in the southern Indian state of Tamil Nadu, describes himself as an explorer, nature enthusiast, and animal lover.

He was at Anamalai Tiger Reserve in Valparai on July 18, 2021, when he encountered the subject of his now-viral photo series.

“One fine morning, I just went to take bird photos,” Karan, 33, told The Epoch Times. “It was monsoon time. [When] the rain stopped, on a branch of a tree this beautiful peacock cleaned his feathers.

Karan shared photos and a video of the breathtaking bird preening its lush tail feathers on Instagram, captioned, “This peacock adds the extra elegance to this beautiful monsoon!”

Karan’s footage has over 2 million views on the social media platform. Happy to have gleaned such a great public response, the photographer said, “I expected it, but not this much.”

Originally from Pannaikadu, Kodaikanal, Karan claimed that the peacock is a powerful emblem of divinity in the Indian culture.

He believes there is a mythological story to support the fact that “Indian Gods kept a peacock as their identity.”

“This is the way our former generations and grandparents celebrated peacocks, as a symbol of God, and we also do the same,” he said. “Peacocks are so special to us.”

Karan—who uses a Nikon D750 camera and Tamron 150-600mm lens—has traveled widely to take photos since 2019, and says that he has witnessed many beautiful sights in nature. He devotes himself to each and every shot; this way, every subject, he maintains, is his “specialty.”

“I want to show others these beautiful things, so I started photography,” he said. “I want people to learn to admire and respect animals so they can live in peace.”