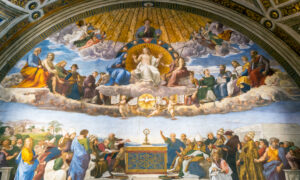 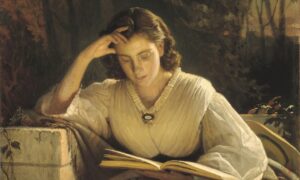 Words to Live By: Fighting a Pandemic With Poetry
0 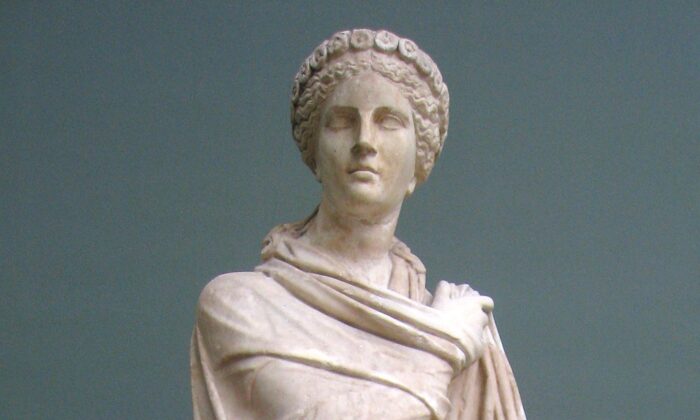 In 1978, best-selling novelist John Gardner published “On Moral Fiction” in which he declared,  “My basic message throughout this book is as old as the hills, drawn from Homer, Plato, Aristotle, Dante, and the rest, and standard in Western civilization down through the eighteenth century….”

In the paragraph following this explanation, Gardner wrote, “The traditional view is that true art is moral: it seeks to improve life, not debase it. It seeks to hold off, at least for a while, the twilight of the gods and us. …That art which tends toward destruction … is not properly art at all.”

At the heart of “On Moral Fiction” was this declaration: “True art is by its nature moral.”

Many critics savaged this slim volume, both for its advocacy of tradition and morality in the arts and for Gardner’s inclusion of some contemporary writers as examples of bad artists. One fierce critic, fellow novelist Gore Vidal, found Gardner’s fiction too sentimental and described Gardner as “the late apostle to the lowbrows, a sort of Christian evangelical who saw heaven as a paradigmatic American university.”

Gardner understood that writers who aim at a moral high ground can produce literature just as bad as that created by nihilists or cynics. They may lack the equipment to deliver great art or worse, they may preach goodness in their poetry, stories, and novels rather than demonstrate it.

During these assaults, Gardner stuck by and defended his dictum: “True art is by its nature moral.”

Which brings us to two poets, little read today, who produced art that was by its nature moral and who have suffered neglect as a result.

In her day, Ella Wheeler Wilcox (1850–1919) was famous both in America and Great Britain for her journalism and her poetry. Born into poverty but blessed with parents who valued education and literature, Wilcox set out at an early age to make her way as a writer, becoming a journalist as a teenager, then writing poetry that captured the hearts of common people.

When England’s Queen Victoria died in 1901, Wilcox was one of the journalists invited to her funeral. As David Walters tells us in his ringing online defense of Wilcox as a poet, “Ella Wheeler Wilcox Critiques,” the British already loved her poetry and loved it even more after she wrote verses to the dead queen and her people. Here is the first stanza of “The Queen’s Last Ride:”

As Walters points out, the woman who had written such fine poems as “Solitude,” “The Man Worth While,” and “The Winds of Fate”—this celebrant of heart, sentiment, passion, and truth—fell victim, before her death, to “the New Criticism.” This academic criticism attacked writers whose work struck them as overly sentimental.

The New Criticism now seems quaint in our own age, having given way to Deconstructionists who would undoubtedly tear Wilcox’s work apart as bourgeois, sentimental, sexist, and lacking any sense of class or race.

The Truth of the Platitude

In his discussion of Wilcox’s “Women Who Want to Succeed,” Walters offers this quotation from her essay:

“We are given to sneering at platitudes in this age, and we sometimes forget that principles are platitudes. We despise the commonplace, yet the virtues are commonplace qualities, when we come down to the facts.”

Written over a hundred years ago, those two sentences should jar us “post-moderns,” rousing our awareness that maybe, just maybe, such a writer and poet has some lessons for us.

Wildly popular in her own time—she won a Pulitzer for “Times Three: Selected Verse From Three Decades” in 1961 and made the cover of Time Magazine in 1965—Phyllis McGinley (1905–1978) is, like Ella Wilcox, little read today. Praised during her middle years for her light verse and deft essays, McGinley proclaimed the joys of marriage, motherhood, suburbia, and her Christian faith.

Despite her talent, McGinley fell victim to the social changes and politics of the 1960s and 1970s. Feminists like Betty Friedan scorned her writing, which they considered harmful to “women’s liberation.” In “Phyllis McGinley and the Left’s War on American Motherhood,” Jeremy Carl writes that “Simply put, McGinley’s thought crime was that she was a happy, Christian, suburban mother and housewife who extolled both her life in the suburbs and traditional roles for women. For the Left, her failure to be miserable and angry at her situation was an unforgivable sin.”

McGinley didn’t always take these attacks lying down. In “The Love Letters of Phyllis McGinley,” which sits at my elbow as I write these words, several poems address these critics: Here are two of them:

Snugly upon the equal heights,
Enthroned at last where she belongs,
She takes no pleasure in her Rights
Who so enjoyed her Wrongs.

The burning cause that lit his days
When he was younger came to harm.
Now Hate’s impoverished charcoal blaze
Is all that keeps him warm.

Also close at hand as I write is “Literature: An Introduction to Fiction, Poetry, and Drama,” X.J. Kennedy’s and Dana Gioia’s sixth Edition of a textbook used in English literature and composition classes around our nation. This book is nearly 1,900 pages long, so fat with page and print I could use it for lifting weights, and it’s a fine tool for teaching.

You won’t find the poems of Ella Wheeler Wilcox or Phyllis McGinley anywhere in this anthology.

Pit Lit: The Dismal Side

Once when I offered seminars in literature to homeschoolers, a student in my Advanced Placement Literature class asked me why we read so few uplifting or positive books. In addition to the Kennedy and Goia textbook, we read and studied six novels that year, including William Faulkner’s “The Sound and the Fury” (yes, I put my students under the whip with that one), Ernest Hemingway’s “The Sun Also Rises,” F. Scott Fitzgerald’s “The Great Gatsby,” and Emily Bronte’s “Wuthering Heights.”

All of these novels are commonly taught in AP classes, but my student had a point. Why is so much of what we regard as high literature so lacking in uplift and inspiration? The Ancients had Ulysses and Aeneas, the Middle Ages had Beowulf and Chaucer’s Knight, and Americans once took Natty Bumppo and Huckleberry Finn to heart. What possible models of emulation can we find in Fitzgerald’s Gatsby, in Hemingway’s Brett and Jake, in Faulkner’s doomed Compson family, in Bronte’s Heathcliff and Catherine?

That these literary works belong to the ages is not in doubt—they meet Gardner’s standard of morality—but the models for emulation they offer readers are negative ones.

Let’s conclude with McGinley’s short poem “A Choice of Weapons”:

Sticks and stones are hard on bones.
Aimed with angry art,
Words can sting like anything.
But silence breaks the heart.

For too long the politically correct and the deconstructionists have dictated literary taste and meaning. Time to ignore them. Time instead to rescue poets like Ella Wheeler Wilcox and Phyllis McGinley from the silence imposed on them, to listen to them with our hearts, and to draw strength, comfort, and joy from their words.