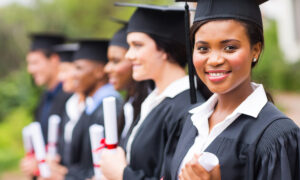 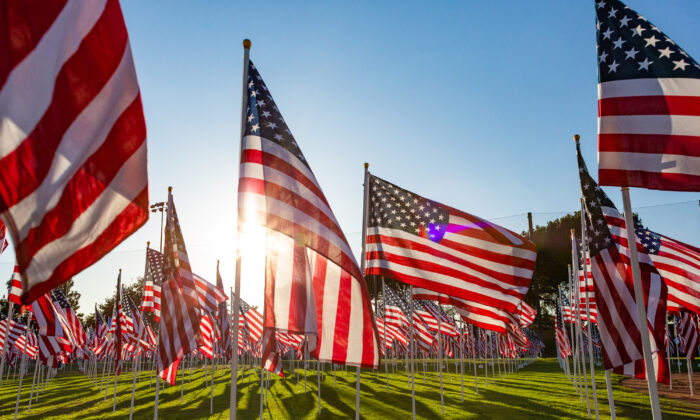 Break Out the Red, White, and Blue: June 14th Is Right Around the Corner

June 14 is a national holiday.

Neither the banks nor the federal government will close their doors on this day. The post office will deliver the mail, and the stock market will do business. Though this year the holiday falls on a Monday, the event won’t bring a long weekend. There will be some parades and speeches, but no fireworks and likely no network news coverage of the day’s activities. Though the official commemoration of this day is more than a century old, Americans may fail to recognize the significance of the date or remember to honor the occasion.

Years ago, comedian Rodney Dangerfield’s signature line was: “I don’t get no respect.”

The same might be said for June 14, otherwise designated as Flag Day.

In 1916, President Woodrow Wilson officially proclaimed June 14 as Flag Day. In 1949, during the Truman presidency, Congress established National Flag Day, keeping the same date. Although not an official federal holiday, Americans have long celebrated Flag Day as a special occasion to honor the American flag.

So what’s the significance of June 14? Why pick that particular date to honor the flag?

On June 14, 1777, the Second Continental Congress resolved that “the flag of the United States shall be 13 stripes, alternate red and white” and that “the Union be 13 stars, white on a blue field, representing a new constellation.”

June 14 marks the birth of the flag of the United States of America.

Some Background and Stories

In her online article “What Is Flag Day?” Jennie Cohen gives us a brief history and some facts about this special day. Like so many of our national holidays, Flag Day grew from a grassroots movement first launched in 1885 by a Wisconsin teacher and dentist, Bernard Cigrand, who promoted respect for the Red, White, and Blue for the rest of his life.

From Cohen, we also learn some bits and pieces about the Flag Code—the flag should never be allowed to touch the ground, for instance, “meaning that rugs and carpets featuring the Stars and Stripes are barred by the Flag Code,” and that a worn flag should be destroyed, preferably by burning. Cohen also reminds us that though we give credit to Betsy Ross for sewing the first official American flag, historians still debate that claim.

One fascinating story Cohen shares regarding the design of Old Glory has to do with the addition of two new stars to the flag in 1959. Cohen introduces us to a high school student from Ohio named Bob Heft, who, for a school project, designed a flag with 50 stars, celebrating the entry of Alaska and Hawaii into the country. He submitted it to his history teacher, who gave the student a B- for the project. Heft also sent his project to his congressman, who in turn presented it to President Dwight Eisenhower. The federal government accepted Heft’s design, and he eventually found himself standing alongside the president when the new flag was first raised. As Cohen tells us, Heft’s teacher changed his grade to an “A.”

Many of us have recited the Pledge of Allegiance in school or with organizations like the Boy Scouts. Just in case you missed memorizing this pledge—and since we’re taking a look at Flag Day—here’s the pledge in full:

“I pledge allegiance to the Flag of the United States of America, and to the Republic for which it stands, one Nation under God, indivisible, with liberty and justice for all.”

Let’s take a quick look at a couple of points in this single sentence.

First, we should note that we’re first promising our loyalty to a flag—not to a government or a leader—and to the republic that the flag embodies. Dictatorships often create similar vows, but with political parties or despots as the object of the pledge. Our pledge is to a symbol and an ideal.

Next, we may miss the profound impact of “with liberty and justice for all,” a simple phrase that sums up the history of our country and its continuous attempts to balance freedom and fair play. To try to ensure for all citizens both liberty and justice involves the ongoing dialectic that is the core of our past and of our present.

The point here is that we make this pledge to our flag and our republic, giving us one more reason to celebrate Flag Day.

Certainly, we have often celebrated the flag in song and verse.

Like the Pledge of Allegiance, Henry Holcomb Bennett’s poem “The Flag Goes By” recognizes that the flag is more than a piece of cloth: “Hats off!/The colors before us fly;/But more than the flag is passing by.” At DiscoverPoetry.com, there are 24 similar Flag Day poems, and many more if we search the internet.

Songs have also honored the American flag. After all, our national anthem, “The Star-Spangled Banner,” focuses on the flag flying above Fort McHenry during the War of 1812. The rousing tune and lyrics of George M. Cohan’s “You’re A Grand Old Flag” reminds us: “You’re the emblem of/the land I love/The home of the free and the brave.” Singers and songwriters like Dolly Parton, Billy Ray Cyrus, and Charlie Daniels have all produced patriotic songs about the flag.

This Flag Day, Johnny Cash’s “Ragged Old Flag” should have special meaning for some of us. After the song’s narrator recounts a history of the flag and the battlefields over which it has flown, he looks at Old Glory today and finds hope:

“And the government for which she stands
Is scandalized throughout the land
And she’s getting threadbare and wearing thin
But she’s in good shape for the shape she’s in
’Cause she’s been through the fire before
And I believe she can take a whole lot more.

So we raise her up every morning
We take her down every night
We don’t let her touch the ground
And we fold her up right
On second thought, I do like to brag
’Cause I’m mighty proud of that ragged old flag.”

There’s More Than Fabric to a Flag

Like the man in Cash’s song, if we pause a moment and reflect when we see an American flag, we might find some special meaning in those Stars and Stripes.

We might think of the six American flags our astronauts have deposited on the surface of the moon. We might remember the famous World War II photograph of Marines planting a flag atop Mount Suribachi during the Battle of Iwo Jima. We might remember other warriors who fought and died for our country in desolate spots and on forgotten battlefields.

We might remember Americans like Booker T. Washington, Amelia Earhart, Jonas Salk, the Wright Brothers, and thousands of other celebrated figures who helped build this country. We might also recollect all of those millions of anonymous men and women whose blood and toil now allow the average American to have a better quality of life than the kings and queens who once ruled Europe.

We might also look at that flag as a promise, a symbol of liberty and progress, a map of our struggles to find and follow the path of righteousness, and a constant reminder of the American Dream.

Near the end of his novel “Freddy and Fredericka,” Mark Helprin has the British Freddy address an American audience during a political convention. At one point in that speech, he says:

“You seem to have forgotten that your original principles arose in a land that was carpeted with virgin stands of trees, and that the principles by which you lived—immaterial and bright, ever-enduring—grew up just as strong and fresh. Return to them. They are waiting for you, as are reserves of honor as vast as the stands of trees that once spread without end.”

The flag is our reminder of those principles and reserves of honor.

Time to Unfurl the Flag

From my front porch, I can see four of the houses in my neighborhood. Of those homes, two are displaying American flags, with one banner flying from the conventional pole fixed to a column on the front porch and another hung from the wall by the front door.

We Americans like our flags. We fly them from our homes, and from banks, fast-food restaurants, and post offices. Around the country, some guys deck out the beds of their monster pick-up trucks with American flags, and a good number of folks have formal flag poles in their yard with lighting and well-tended gardens to add to that beauty. Some auto dealers out on I-81 sport flags that look as big as basketball courts.

So by all means, let’s show the flag. Let’s put out the flag as a sign that “the Republic for which it stands” is still here. And if you’re looking for special ways to celebrate this occasion, especially with the young ones, go to HomegrownLearners.com for some tips, or simply Google “ways to celebrate Flag Day.”

But the best way to honor Old Glory this June 14 is simply to look at her and remember what she means to us.

Jeff Minick has four children and a growing platoon of grandchildren. For 20 years, he taught history, literature, and Latin to seminars of homeschooling students in Asheville, N.C. He is the author of two novels, “Amanda Bell” and “Dust On Their Wings,” and two works of non-fiction, “Learning As I Go” and “Movies Make The Man.” Today, he lives and writes in Front Royal, Virginia. See JeffMinick.com to follow his blog.