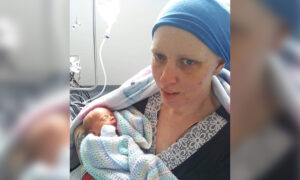 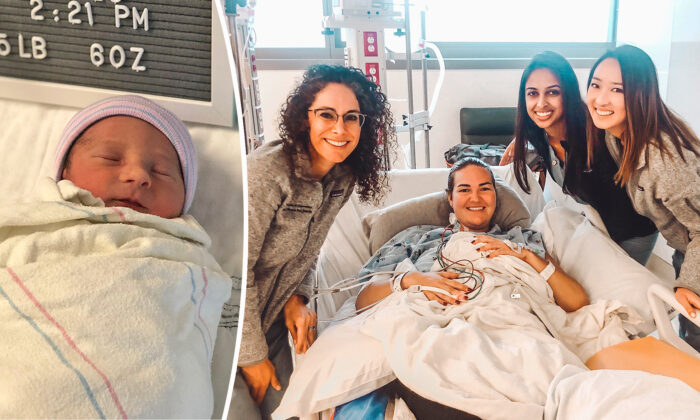 A mom-to-be with pulmonary hypertension knew that more than 50 percent of women with this life-threatening disease do not live to meet their babies. Yet, with her husband by her side, she decided that termination was simply not an option.

Jackie Zieman, 30, of Manhattan Beach in southern California, survived her pregnancy with the rare condition, and a crack team of UCLA medical specialists pulled off a delivery that was likened to a “lunar landing.”

Fifteen months on, Jackie tells The Epoch Times that baby Blake William is “doing great.” Her little bundle of joy loves “running around, exploring, trying new things,” she said, adding that he loves the outdoors and playing at the park.

Jackie suffered two miscarriages before getting pregnant in 2019, reported ABC 7.

“Once we knew that [Blake] was going to be a viable birth, we were going to keep him no matter what,” Jackie told the outlet.

However, at 25 weeks’ gestation, trouble arose.

Jackie almost lost consciousness climbing two flights of stairs and was diagnosed with pulmonary hypertension, a dangerous form of high blood pressure that affects the arteries of the lungs and the right side of the heart.

Pulmonary hypertension can occur in people of “all ages, races, and ethnicities, but it is more common among women,” according to Pulmonary Hypertension News. Pregnancy can exacerbate the condition, since a pregnant woman’s heart and circulatory system are in “constant stress.”

Yet, when the Ziemans decided to proceed with their pregnancy, OB-GYN, Dr. Yalda Afshar, said the staff at UCLA “were ready,” the report said.

Jackie reached 35 weeks and was admitted to the hospital on cardiac and respiratory support, to give her medical team time to prepare for what would be a complicated delivery.

“We had about 15 doctors and nurses in the room,” Jackie told ABC7. “All were there in case I went into cardiac arrest or my lungs stopped working.”

The brave mom Jackie made it through, and her miracle baby Blake William, a healthy baby boy, entered the world on Nov. 25, 2019.

As happy, healthy Blake passes the 15-month mark, Jackie is managing her pulmonary hypertension well, and even credits her son with saving her life; she only found out about the condition through falling pregnant.

“It was really a lunar landing,” Shapiro told ABC7.

“Everything worked perfectly. She delivered a healthy baby and she lived afterwards. And you can’t get better than that,” Shapiro added.