Brain Health: Can These Tricks Make You Smarter?

Becoming forgetful is often regarded as a normal part of getting older, but it’s possible to maintain your quick wit and intelligence at any age.

This should come as welcome news, since the notion of losing your mental capacity evokes twice as much fear among Americans as losing physical ability, and 60 percent of US adults say they are very or somewhat worried about memory loss.

One principle to remember is that if you don’t sufficiently challenge your brain with new, surprising information, it eventually begins to deteriorate. Just as physical inactivity allows your muscles to atrophy, cognitive inactivity does the same to your brain.

In my interview with Dr. Michael Merzenich, professor emeritus at the University of California who has pioneered research in brain plasticity (also called neuroplasticity) for more than 30 years, he explained:

“Generally, by the third or fourth decade in life, you’re in decline. One of the things that happens across this period is that you go from a period of the acquisition of abilities to largely using those abilities that have been acquired earlier in life.

By that I mean to say, the fundamental skills that you apply in your profession or in your everyday life are things you master, and you’re doing them without thought.

To a large extent, you’re operating most of your day without really being consciously engaged in the things you’re doing… I’ve gone without really thinking very much about the physical acts of driving. I’m substantially disengaged.

This has been contributed to substantially by modern culture. Modern culture is all about taking out surprises… to basically reduce the stimulation in a sense on one level, so that we could engage ourselves in sort of an abstract level of operations.

What research into brain plasticity shows us, however, is that by providing your brain with appropriate stimulus, you can counteract this degeneration.

Crossword Puzzles, Knitting, and a Stimulating Career May Keep Your Brain Sharp

In a study of people aged 85 and older, for instance, those who engaged in artistic, craft, and social activities in mid and late life, and who used a computer late in life, had a lower risk of mild cognitive impairment (MCI). And as reported in the Journal of Psychosocial Nursing and Mental Health Services:

In addition, one study revealed that craft activities such as quilting and knitting were associated with decreased odds of having mild cognitive impairment. Another study, published in 2014, found that taking part in “cognitively demanding” activities was also beneficial.

In order to improve brain function, it seems the task must be important to you, or somehow meaningful or interesting — it must hold your attention.

This would include learning to quilt or take digital photography, which researchers found enhance memory function in older adults. In addition to being mentally stimulating, different, and challenging, such creative activities often allow you to become fully immersed in the moment to the extent that your worries fade away.

Engaging in mentally absorbing tasks and hobbies allows you to experience flow and have a seriousness of purpose with which you engage in a task. In order to improve brain function, it seems the task must be important to you, or somehow meaningful or interesting — it must hold your attention.

5 Brain Tricks to Make You Smarter

If you’re not quite ready to take up piano lessons or knitting, you may still be able to bolster the growth of new brain cells by challenging your mind. CNN compiled six examples of activities that challenge your brain, which you can engage in right from your desk.

Iota is a card game of sorts that you can play on any hard surface. It involves placing cards in grids according to simple rules that require complex moves and thoughts on your part.

This game must be played with at least one other person, so it makes for a fun social activity while also improving spatial relation skills, visual discrimination and strategic thinking.

Lumosity’s personalized “brain workouts” help boost memory, attention, problem solving, and more. It has more than 40 games that are actually fun, so it makes training your brain a part of your day you’ll look forward to.

If you decide to try brain games, ideally it would be wise to invest at least 20 minutes a day, but no more than five to seven minutes is to be spent on a specific task.

When you spend longer amounts of time on a task, the benefits weaken. According to Dr. Merzenich, the primary benefits occur in the first five or six minutes of the task.

The only downside to brain games is that it may become just another “task” you need to fit into an already busy day. If you don’t enjoy brain games, you can also try learning a new skill or hobby.

Nancy Linde’s 399 Games, Puzzles, and Trivia Challenges is a book with nearly 400 games designed to improve neurogenesis, or the formation of new brain cells. Each puzzle is designed to get your brain thinking in new ways and targets cognitive functions such as logical thought, language, and attention.

You can build your ability to concentrate and focus using these simple tricks:

Read a few news articles and give yourself a weekly or daily quiz to see how much you remembered. This will not only help you become more informed about current events but will also boost your ability to store information and concentrate.

Remember to Include Physical Exercise, Too

Your brain is capable of rejuvenating and regenerating itself throughout your life. This information is completely contrary to what I was taught in medical school. At that time, it was believed that once neurons die, there’s nothing you can do about it. Hence, deterioration and progressive memory decline was considered a more or less inevitable part of aging. Fortunately, that’s simply not true, especially if you exercise.

According to John J. Ratey, a psychiatrist who wrote the book Spark: The Revolutionary New Science of Exercise and the Brain, there’s overwhelming evidence that exercise produces large cognitive gains and helps fight dementia. Research shows that those who exercise have a greater volume of gray matter in the hippocampal region of their brains, which is important for memory. According to the authors:

“After controlling for age, gender, and total brain volume, total minutes of weekly exercise correlated significantly with volume of the right hippocampus. Findings highlight the relationship between regular physical exercise and brain structure during early to middle adulthood.”

This is a benefit the researchers believe would hold true for people as well. In a separate one year-long study, individuals who engaged in exercise were actually growing and expanding the brain’s memory center one to two percent per year, where typically that center would have continued to decline in size.

What You Eat Matters for Brain Health

Along with mental challenges and exercise, the foods you eat – and don’t eat – play a crucial role in your memory. Fresh vegetables are essential, as are healthy fats and avoiding sugar and grain carbohydrates.

For instance, curry, celery, broccoli, cauliflower, and walnuts contain antioxidants and other compounds that protect your brain health and may even stimulate the production of new brain cells. Increasing your animal-based omega-3 fat intake and reducing consumption of damaged omega-6 fats (think processed vegetable oils) in order to balance your omega-3 to omega-6 ratio is also important.

I prefer krill oil to fish oil, as krill oil also contains astaxanthin, which not only protects the omega-3 fats from oxidation, but also is particularly important to support brain health. Coconut oil is another healthy fat for brain function.

According to research by Dr. Mary Newport, just over two tablespoons of coconut oil (about 35 ml or 7 level teaspoons) would supply you with the equivalent of 20 grams of medium-chain triglycerides (MCT), which is indicated as either a preventative measure against degenerative neurological diseases or as a treatment for an already established case.

Along with avoiding sugar, one of the best ways to support gut health is to consume beneficial bacteria. You can use a probiotic supplement for this, but I’m particularly fond of using fermented vegetables, because they can deliver extraordinarily high levels of beneficial bacteria.

If you really want to jumpstart your brain health, you might want to also try intermittent fasting. Contrary to popular belief, the ideal fuel for your brain is not glucose but ketones, which is the fat that your body mobilizes when you stop feeding it carbs and introduce coconut oil and other sources of healthy fats into your diet. A one-day fast can help your body to “reset” itself and start to burn fat instead of sugar. Further, it will help you to reduce your overall calorie consumption, which promotes brain cell growth and connectivity.

Sleep is also known to enhance your memories and help you “practice” and improve your performance of challenging skills. In fact, a single night of sleeping only four to six hours can impact your ability to think clearly the next day. The process of brain growth, or neuroplasticity, is believed to underlie your brain’s capacity to control behavior, including learning and memory.

Plasticity occurs when neurons are stimulated by events, or information, from the environment. However, sleep and sleep loss modify the expression of several genes and gene products that may be important for synaptic plasticity.

Furthermore, certain forms of long-term potentiation, a neural process associated with the laying down of learning and memory, can be elicited in sleep, suggesting synaptic connections are strengthened while you slumber. Among adults, a mid-day nap was even found to dramatically boost and restore brainpower.

As with most aspects of health, it’s not one factor but many that create or destroy a healthy brain. Just like your physical health, your mental health will flourish with a balanced healthy lifestyle of eating right, exercising, tending to stress, stimulating your mind and, last but not least, sleeping well. For the latter, you can find 33 tips to help you get the shut-eye you need here. 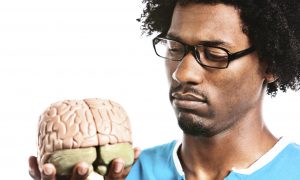 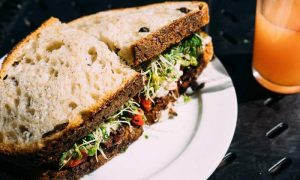 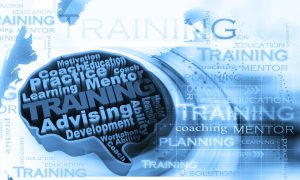