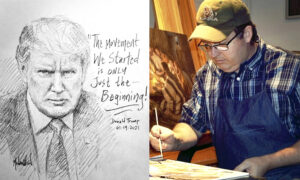 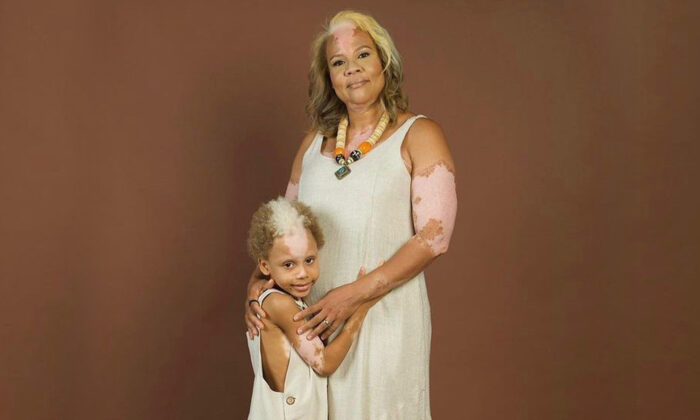 Boy, 7, With Rare Skin Condition Like His Mom Becomes Face of Inclusion in the Fashion Arena

A 7-year-old Brazilian boy has found a way to embrace the skin he’s in and while being an advocate for diversity: he has landed an international modeling career.

Samuel Silva, of Bahia, was born with a rare genetic skin condition known as piebaldism. The benign condition causes a melanin deficiency, resulting in patches of white on his skin and hair.

“Samuel attracts a lot of attention in public, like when he is shirtless on the beach and you can see the white markings all over his body,” Samuel’s uncle, 53-year-old Julio Sanchez-Velo, said, according to the Daily Mail.

“Strangers will come up and ask all sorts of ignorant questions, like if Samuel has been burnt in an accident,” he continued. “Everyone is used to it, and just explains what piebaldism is.”

However, Samuel is not the only one with this rare condition in his family. His mother, grandmother, several uncles, and cousins too have similar markings.

Samuel’s mother, Nivianei de Jesus Purifiçao, 41, always knew she was different. Her own mother, 65-year-old Dona Dionisia, was once forced to cover her pale skin patches with long sleeves and pants, but Nivianei was determined to gain the confidence to show off her markings.

“She wore short skirts and tops whenever she wanted,” Julio recalled. “She was given the nickname ‘Free Willy,’ from the movie about the killer whale who had white markings, but she embraced the name and said it with pride.”

Regardless, Nivianei, a nail technician who gained everyone’s respect in the community, had hoped that Samuel, like her first child, Andreia, would be born without piebaldism so that he would be saved from having to navigate comments and stares.

Fewer than 1 in 20,000 babies are born with piebaldism, according to MDedge Dermatology. Samuel’s family at large, said Julio, has never been officially diagnosed. Yet doctors “didn’t think much” of Samuel’s condition because he was otherwise a normal, healthy boy.

In the past, Samuel’s parents briefly shaved his head to prevent drawing unwanted attention to the marking in his hair, but before long, they changed their tactics. They let Samuel’s incredible afro grow out and encouraged their son to love himself because of, and not despite, his unique look.

In February 2019, Samuel’s parents started an Instagram page for their son, and Samuel became a hit. To date, the page has amassed over 32,000 followers.

Children’s modeling agency Sugar Kids caught wind of the little boy and contacted the family in April 2019. The striking Brazilian boy has since been featured in Junior Style London, Bazaar Kids, and Dixie Magazine. He has also walked the ramp of Toronto Fashion Week, Paris Fashion Week, and London Kids Fashion Week, with the world becoming his oyster.

Samuel, who refers to his skin and hair markings as “beautiful stains,” is “very artistic, and loves to walk on the runway and pose for photographs,” according to Julio. “He really thrives. … He loves being the center of attention and traveling.”

“He has become the face of acceptance and inclusion in the children’s fashion industry,” Julio added.

Coming from a poor community in Brazil, Julio considered, Samuel might not have had many opportunities to see the world if it weren’t for modeling.

Samuel’s whole family hopes to empower all kids to feel confident in their own skin. “Being different is not something we should hide,” said Julio. “[W]e have to embrace it, just like Samuel.”