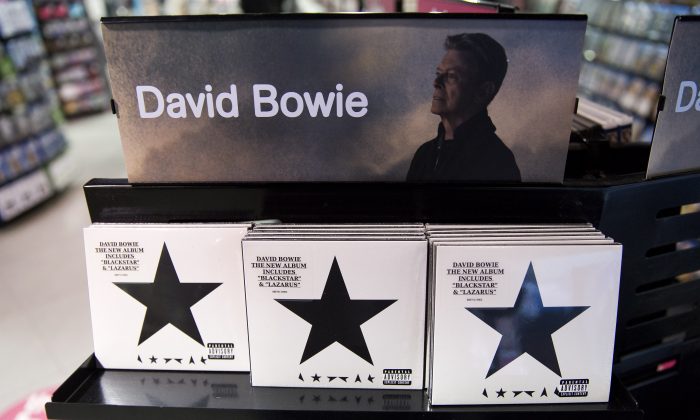 The final two promotional photos of David Bowie shows the rock icon dressed in a suit and bowler hat, smiling as he was having his pictures taken by his longtime photographer Jimmy King.

One of the last photos of #DavidBowie. Posted on his 69th b-day on 1/8. Date taken, unconfirmed. Photog: Jimmy King. pic.twitter.com/ycy3GnAPx2

The photos, taken to accompany his final album Blackstar, were released on Bowie’s Instagram and official website two days before he died from liver cancer.

“Why is this man so happy? Is it because it’s his 69th birthday or that he has released his 28th studio album today and it’s a corker,” the official caption reads.

MORE: David Bowie Was ‘Secretly Cremated in America Without Friends or Family Present’ Because He Didn’t Want Funeral

“Who knows, but we’re sure you’ll want to join us in congratulating him on both.”

“Fashion fans may like to note that our man is wearing Thom Browne,” the caption adds.

“I knew for a year this was the way it would be. I wasn’t, however, prepared for it. He was an extraordinary man, full of love and life,” Bowie’s producer Tony Visconti wrote on his Facebook. “His death was no different from his life—a work of Art. He made ‘Blackstar’ for us, his parting gift.”