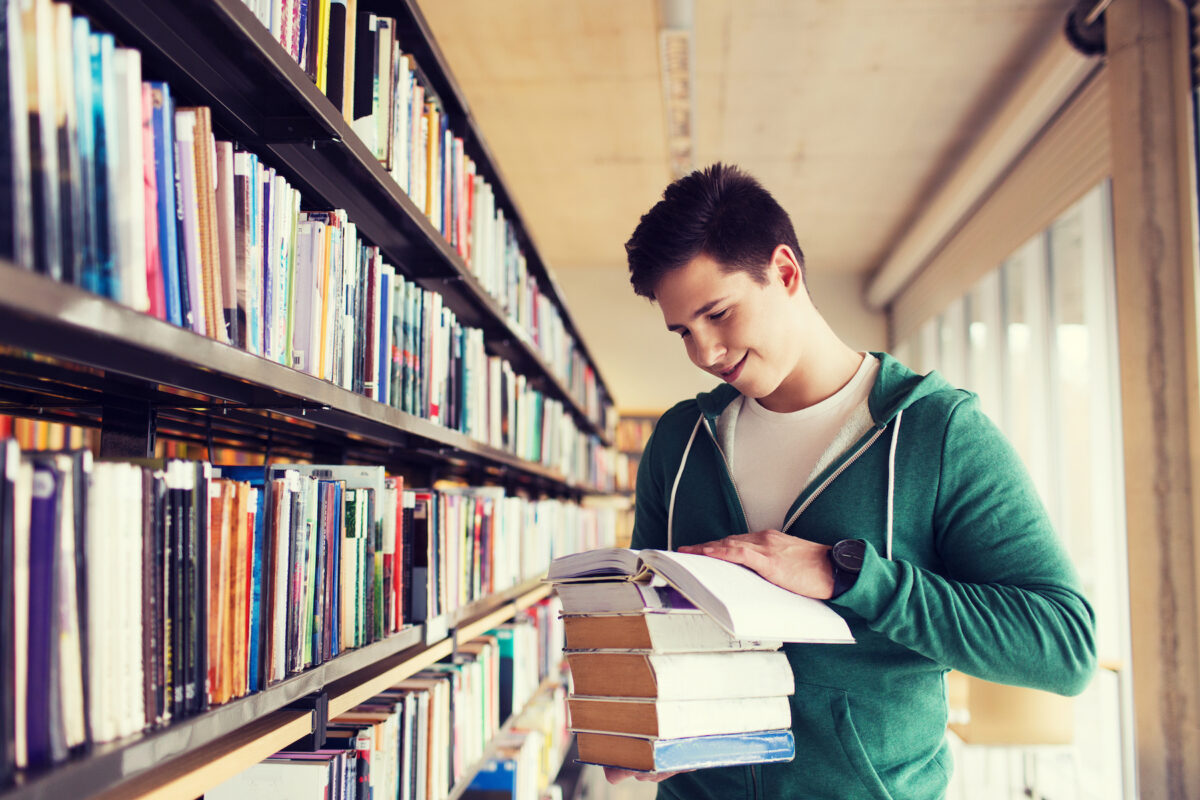 We can encourage our children to read books beyond their grade level, and pursue their interests. (Ground Picture/Shutterstock)
Family & Education

Bored No More: What Escaping Government Schools Can Do for Our Kids

It continually amazes me to see the proliferation of good coming out of the COVID-19 pandemic, particularly regarding its effects on the education system and the students in it. Yes, the attempt to somehow transfer the traditional classroom to an online environment was a disaster that left many students bored, but another story has emerged showing how a pandemic misfire turned into a pandemic blessing.

Caden Fritz is a Minnesota teen about to start the school year as a university freshman. But a couple years ago, when he was stuck at home during the pandemic, he was just another bored high school student, Minnesota Fox 9 reports. To counteract his boredom, Fritz started his own business, beginning with pressure washing and moving on to custom deck building. He now manages Fritz Construction, a company that employs up to 50 people, many of whom are his high school classmates.

The construction company didn’t just cure his boredom; it also taught him some valuable life lessons, including navigating a lawsuit and building business credibility.

Fritz’s story seems remarkable in a time when many young people struggle with the basic elements of “adulting,” such as buying a car, landing a job, or even doing laundry. The fact is, his boredom drove him to do something great—and he may never have experienced that life-changing boredom had he remained in a traditional classroom.

“Well-schooled kids have a low threshold for boredom,” former New York teacher of the year John Taylor Gatto wrote in his essay, “Against School.”

They learn to be dependent on other individuals or objects, such as “the TV, the computer, the cell phone,” according to Gatto. School also “trains children to obey reflexively,” acting as “employees and consumers” rather than as “leaders and adventurers.”

Thus, pre-pandemic, when nearly 100 percent of the U.S. student population sat in institutionalized school day after day, reading cookie-cutter textbooks and listening to their teachers drone on, it was easy to just go with the flow. When students got bored, they just raised a ruckus, and someone came along, calmed them, and spoon-fed them busywork or thrust an electronic device into their hands. But when the pandemic hit, the boredom crutches of traditional school were gone. If kids like Fritz wanted to escape boredom, they had to create a new world for themselves.

Fritz may be one of those kids with a little extra drive and ambition, but who knows? Without the pandemic forcing him out of the traditional school setting, he may have been just another body warming a seat, ready to do as he was told. How many more kids are like him, just waiting for something to push them out of their comfort zone? More to the point, how can we help more kids like Fritz to escape and thereby release their personal creativity, which will, in turn, foster the economic and creative growth of our country?

The first thing we must do, Gatto wrote, is “wake up to what our schools really are: laboratories of experimentation on young minds, drill centers for the habits and attitudes that corporate society demands.” Contrary to what many have believed for years, “mandatory education serves children only incidentally; its real purpose is to turn them into servants.” Thankfully, the pandemic has alerted many parents to the soul-crushing elements of institutionalized education, and they’re now pursuing other options for their children.

Once parents have pulled their children out of the system, Gatto encourages them to help their children “develop an inner life so that they’ll never be bored.” This is done by “[urging] them to take on the serious material, the grown-up material, in history, literature, philosophy, music, art, economics, theology—all the stuff schoolteachers know well enough to avoid.” Thus, we should encourage our children to read books beyond their grade level, pursue what interests them, and even start businesses, such as Fritz did, so that they can experience the excitement and offerings that life holds for them.

Gatto also tells us that kids should be “[challenged] … with plenty of solitude so that they can learn to enjoy their own company, to conduct inner dialogues.” In other words, they need time to think, dream, grapple with problems and ideas, and make big plans. But they can’t have that unless we stop filling their schedules with endless rounds of soccer, dance, science club, and more.

Taking these steps results in young adults who are ahead of the game. Fritz is only one recent example; Gatto offers us several more from history:

“If David Farragut could take command of a captured British warship as a pre-teen, if Thomas Edison could publish a broadsheet at the age of twelve, if Ben Franklin could apprentice himself to a printer at the same age (then put himself through a course of study that would choke a Yale senior today), there’s no telling what your own kids could do.”

The pandemic handed us a golden opportunity to break our kids free from the bureaucratic educational system. Let’s embrace that opportunity and watch them take on responsibilities and tackle challenges we never dreamed they were capable of attempting.