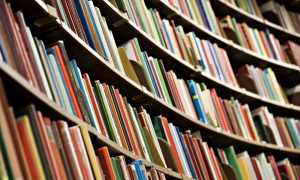 From Electric Ink to Aromapoetry—The Physical Book Is Not Dead, It's About to Be Reborn
0
Share Now
TelegramFacebookTweetEmailTellMeWeReddit
Copy Link

Author Veronica Roth has struck a deal with HarperCollins Publishers to create a two-book series “in the vein of Star Wars,” the publisher announced recently. “Im really enjoying working on this new series. I can’t wait to share it with readers!” Roth said in the announcement Roth’s “Divergent” series sold over 32 million copies. The first installment of the new series will hit shelves in 2017.

The late author and poet, Dr. Maya Angelou, will be featured on a U.S. Forever Stamp to be issued on April 7, 2015. Rosa Rossin’s 2013 portrait, part of the Smithsonian National Portrait Gallery’s collection, has been chosen as the feature image. U.S. Postmaster General Megan J. Brennan said, “Maya Angelou inspired our nation through a life of advocacy and through her many contributions to the written and spoken word. Her wide-ranging achievements as a playwright, poet, memoirist, educator, and advocate for justice and equality enhanced our culture.”

Celebrity chef Paula Deen will release her first new book since her public scandal regarding the use of a racial slur in 2013. A new deal with Hachette Book Group will be released in September, according to Publishers Weekly, and will be called “Paula Deen Cuts the Fat,” and feature healthy recipes. Deen also recently announced the upcoming launch of a daily radio show and weekly podcast, as People reported. Deen has been operating her own online network since being dropped from her former publisher, Random House, and the Food Network.

James Patterson is partnering with Scholastic Reading Club, pledging $1.25 million to school libraries. “Scholastic’s conviction that learning to read is the gateway to success in school and life is something I couldn’t feel more passionate about, and I’m honored to work alongside them on this donation. Together, I hope we’re able to increase awareness about the vital role that school libraries and librarians play in transforming lives and fostering a love for learning,” the author said in a statement. School libraries can be nominated for support at scholastic.com