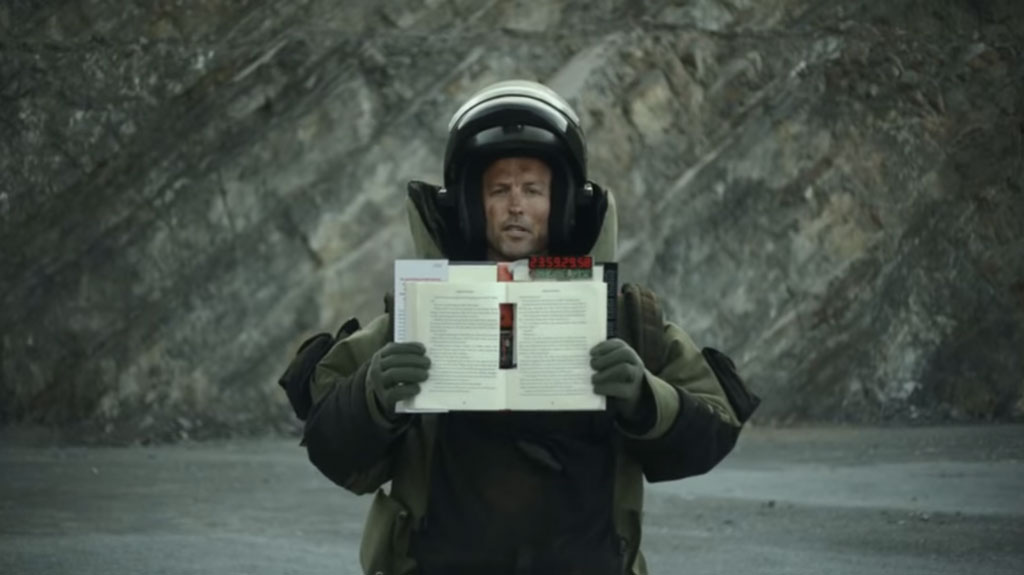 An actor holds up a self-detonating version of “Private Vegas” by James Patterson in this screenshot from James Patterson's YouTube channel. (Epoch Times)
Arts & Culture

Books in the News: James Patterson’s Self-Destructing Novel Offered for $294,038

Pushing the limits of traditional book marketing strategies, author James Patterson is offering what he’s calling, “the most thrilling experience money can buy,” with his latest release, “Private Vegas.” For $294,038, one reader can read a self-destructing copy of the book, handled by a bomb squad, along with luxurious accommodations and dinner with the author in an undisclosed location. Another 1,000 readers could mimic the experience with an e-book available for only 24 hours on Patterson’s site.

Actress and author Lena Dunham briefly responded to controversy surrounding a sexual assault in college and another memory of her sister, described in her memoir, “Not That Kind Of Girl.” Some have labeled such accounts as abusive.

Dunham told The Independent, “I can spell it out really clearly. I don’t care what conservative white men think about me, but I do care if anything I write is painful for survivors of sexual abuse, or if anything I write is painful for other feminists. The difference between not caring what your ‘enemy party’ thinks of you and caring about how you affect people whose values line up with yours is very vast.”

Books in the News: IBook Sees 1 Million New Users Each Week and More

Comic book legend Stan Lee released a young readers series this week: “The Zodiac Legacy.” Co-written with Stuart Moore and illustrated by artist Andie Tong, the series is described by the publishers as “a brand new, magical, super-powered adventure.” Of working in this new genre, Lee told Entertainment Weekly, “I haven’t worked on a series of illustrated novels like this before, and I always thought this would be a great way to bring a new world and a new set of characters to life.”

The Booksellers Association has announced the categories for the 2015 Bookseller industry Awards, which are open to publishers, retailers, and libraries in the U.K. and Ireland. Two new categories are listed this year: Digital Business of the Year and The Bookseller’s Book of the Year. The entry deadline for submissions is Feb. 20, according to the organization. The awards ceremony will take place on May 11 in London.