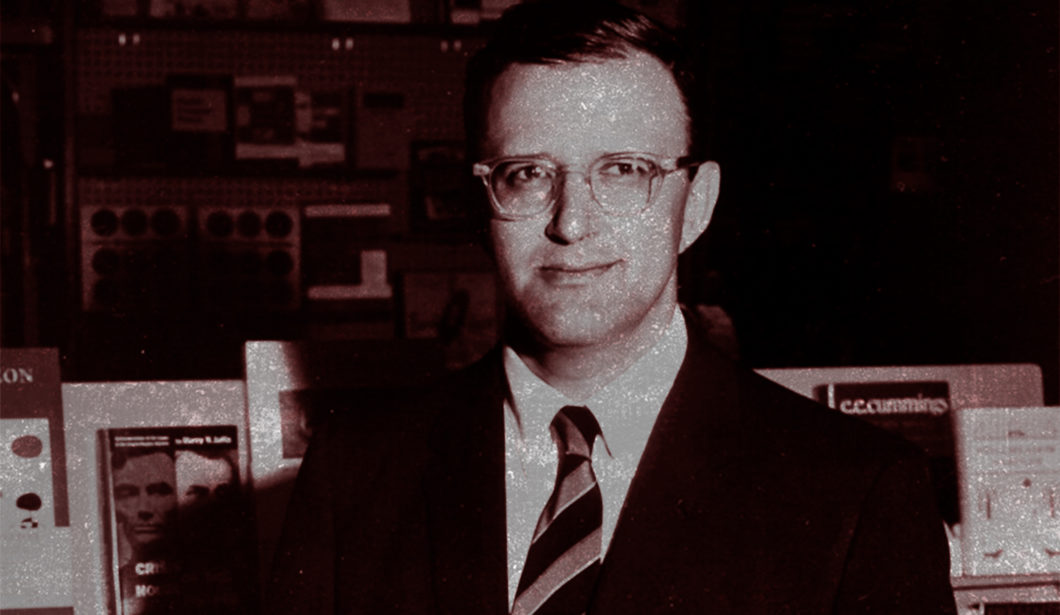 Glenn Ellmers's 'The Soul of Politics: Harry V. Jaffa and the Fight for America' reveals the thinking of the important American political philosopher. (Public Domain)
Books

Book Review: ‘The Soul of Politics: Harry V. Jaffa and the Fight for America’

An exposition of political thought and how to think
BY Dustin Bass TIMEMarch 11, 2022 PRINT

If one is to win an argument, one must be able to think clearly and sensibly. In many ways, it appears that this is why Glenn Ellmers wrote his new book, “The Soul of Politics: Harry V. Jaffa and the Fight for America.”

Yes, the book is about Harry Jaffa, the conservative professor, thinker, and political philosopher of the mid- to late-20th century, but it’s hardly a biography. The book does touch slightly on his personal life, but it’s primarily an exposition on how Jaffa thought or how he came to think the way he did and how that thinking has influenced so many now.

Jaffa, along with his predecessor and teacher Leo Strauss, worked to bring back classical political philosophy to the forefront, where modern political philosophy had reigned for decades, if not centuries. Ellmers identified early in the book a significant moment in Jaffa’s education when he ran across the Abraham Lincoln and Stephen Douglas debates in a used bookstore. During this time, in 1946, he had been learning about the debate between Socrates and Thrasymachus and made a direct parallel between the two debates, despite being separated by more than 2,000 years. It was this moment that truly connected the universality of classical political philosophy for Jaffa.

Jaffa was influenced by more than just Strauss, although he was the leading influence. The works of the Greek philosophers, Enlightenment philosophers, Lincoln, and even Winston Churchill greatly influenced the inner workings of Jaffa, and those political philosophers and philosophies are discussed thoroughly in the book.

Along with the works of those political philosophers, Ellmers draws from countless correspondences between Jaffa and other professors, as well as critics of Jaffa’s writings. These letters show the many sides of Jaffa’s personality and belief system, and it was a belief system that he had no issue adjusting over time. His adjustments, and in some cases complete changes in perspectives, are displayed by Ellmers through the comparisons of Jaffa’s two great works: “Crisis of the House Divided” and “A New Birth of Freedom.”

The two works were published more than 40 years apart, therefore changes in perspectives shouldn’t be surprising (at least for honest thinkers). Ellmers gives a very honest look at Jaffa who, although strong-willed, was hardly too stubborn to change his views.

The Way to Think

In “The Soul of Politics,” the reader is shown how one should think. This isn’t to say that one should be a Straussian, a Jaffaite, or even a conservative. However, it’s to say that study, reflection, debate, and the humility to adjust beliefs and ideas when necessary are required to be a good thinker. Along with that humility is the need to be able to stand for one’s beliefs and ideas, despite who or how many disagree or suggest an alternative.

Jaffa’s necessary combativeness is a display of intellectual strength, and it’s displayed in this book. As aforementioned, this book isn’t a biography, but an exposition into a brilliant man’s thought processes. Regarding biography, it can be used to help guide our own autobiography by understanding how best to think and utilize the method of intellectual combat to push back against political or philosophical opponents.

In a time of ideologues, this is a book worth reading. No doubt, there’s a fight for America going on, and those interested in fighting for their country must first fight the battle for their own minds before getting onto the battlefield of thought. “The Soul of Politics” is a great place to start.

‘The Soul of Politics: Harry V. Jaffa and the Fight for America’
By Glenn Ellmers
Encounter Books, Sept. 7, 2021
Hardcover: 416 pages