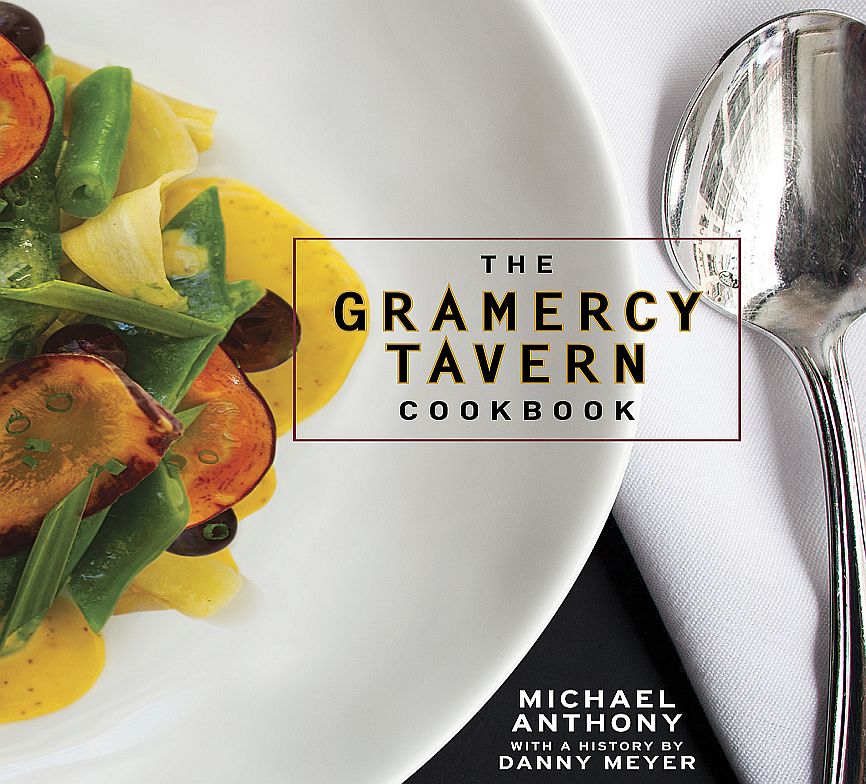 ‘The Gramercy Tavern Cookbook’ takes readers from the restaurant’s inception through its journey to acclaim, from the perspective of restaurateur Danny Meyer, who never envisaged opening a second restaurant after Union Square Cafe. He recounts the challenges of running the two restaurants simultaneously, to changing the chefs (from Tom Colicchio to Michael Anthony).

The recipes are organized by season, and home cooks will find them simple enough to recreate in their own kitchen. Fall recipes, for example, include red kuri squash soup with Brussels sprouts and apples, and spinach fettucini with tomato and duck ragout. Bakers will look forward to desserts from former pastry chef Nancy Olson.

Anthony, who received the James Beard Award in 2012 for Best Chef: NYC, is a thoughtful writer. He offers glimpses of his kitchen as well as the people behind the scenes who help make Gramercy Tavern what it is today—down to the florist and the painter who created the murals.

The Gramercy Tavern Cookbook
By Michael Anthony
With a History by Danny Meyer
Clarkson Potter
On sale Oct. 29
$50