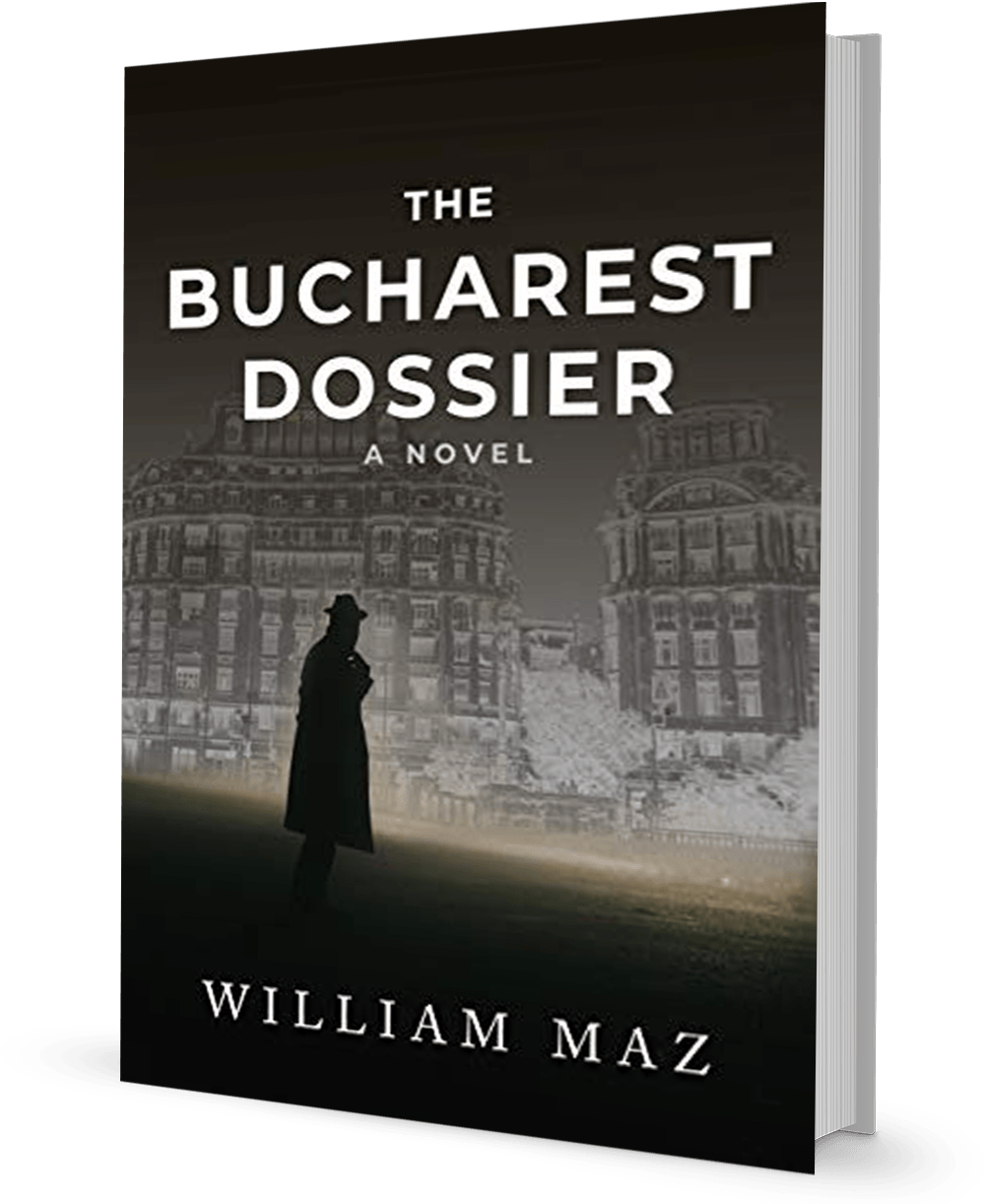 Book Review: ‘The Bucharest Dossier’: A Debut Spy Novel That Ranks Among the Genre’s Classics

The novel is set during the Cold War, which is no surprise for the genre, but Maz delivers a nice touch by starting his story at the tail end of the Cold War—December 1989 to be exact. As communism collapses throughout Eastern Europe, Romania proves to be the last holdout. The reader is placed on the verge of the violent Christmas Revolution that results in the end of Nicolae Ceausescu’s reign.

The story follows the protagonist Bill Hefflin, a young CIA analyst, primarily during this historic month in 1989. The author methodically creates a web of characters who, for varying reasons, work with Hefflin, though none are more important than Boris, the mole within the Kremlin who has chosen Hefflin as his sole contact.

The story begins with an assassination of a Harvard professor, who is closely connected to Hefflin. This act thrusts Hefflin into the fray that ultimately becomes the Christmas Revolution. The reader is taken from New York City to Bucharest, where Hefflin awaits further contact from his mole.

Romania plays a significant role in the book, as this was Hefflin’s birthplace and his home for the first eight years of his life. It was also where he would first fall in love.

Maz elevates the significance of Hefflin’s birthplace and his first love to mythological levels, at least in the mind of the protagonist. These two themes of home and love are not secondary to the story but intertwine directly into the crux of the novel. Maz’s ability to seamlessly tie elements together in a believable and cohesive fashion makes for easy and enjoyable reading.

Using Memories to Tell the Story

The storyline does not always remain on a chronological plane. Maz maneuvers between Hefflin’s past and present. As the story moves forward, the reader is pulled into Hefflin’s past, typically by memory triggers, like the death of the Harvard professor. These flashbacks, primarily from the protagonist’s childhood or college years, help solidify Hefflin’s character (and numerous others’) and his ability as a spy or, more accurately, a CIA analyst. This is a common method for storytelling and bringing parts together, but rarely is it done with such precision and clarity.

These memories give the reader ever so subtle hints about who is who and what is what, but the reader will be hard-pressed to connect the dots until the dots become connected by the story―or perhaps the dots will be connected just before the connection is revealed. The story often feels straightforward until it takes an immediate and irrevocable turn, which makes for fun reading. This is especially true in the world that Hefflin finds himself in: a world of villains, yet where it is difficult to decipher the true villains.

William Maz, who was born in Bucharest, has undoubtedly done his research into the Christmas Revolution. Yet there are numerous unanswered questions about the period, such as why did it become so violent, what happened to Ceausescu’s money, and who was really in charge of Ceausescu’s and his wife Elena’s death. Maz takes creative license and does so brilliantly. The license not only makes for a good story but also, in some instances, makes for a good theory.

“The Bucharest Dossier” is an exceptional spy novel and is now among my favorites. Maz’s attention to details without getting lost in them moves the story along briskly. His ability to paint a picture—whether of the frightfully frigid climate of Romania, the revolutionary violence, or a sensual game of chess—is the sign of a writer who is here to stay.

If you are looking for a good spy novel, a novel that touches on a dark portion of world history, or simply a book with an intelligent and captivating storyline, I can’t recommend this book enough.