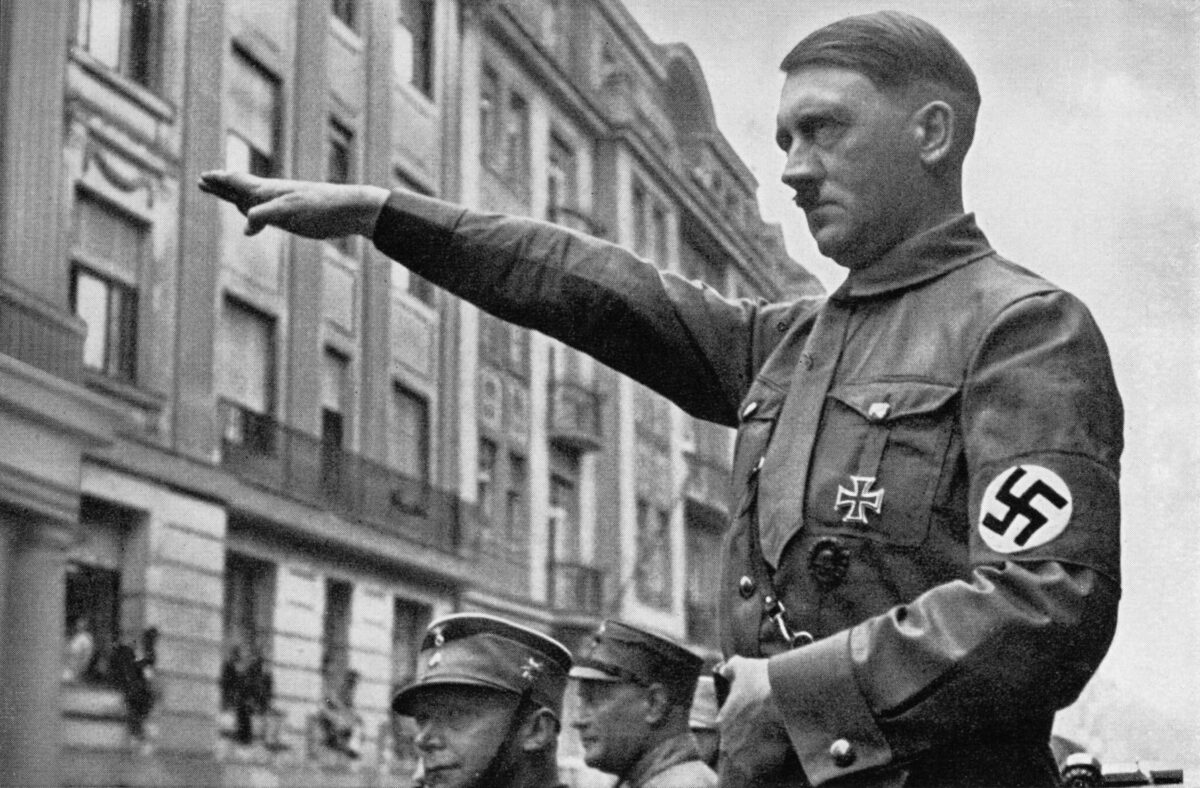 Book Review: ‘Sins of the Fathers’

A historical fiction series about an attempt to stop the rise of Hitler
BY Dustin Bass TIMEMarch 5, 2022 PRINT

A question that has probably been posed to everyone at some point in time is “If you could go back in time and stop an event, would you and which event?”

I can assume that many people would say yes, and possibly a sizable percentage of those people would suggest stopping Adolf Hitler from rising to power. This is the task undertaken by Herbert J. Stern and Alan A. Winter in their historical fiction series. “Sins of the Fathers” is the second installment in the series, following “Wolf,” which covered the years 1918–1934. This second book covers 1934 to November 1938.

The series follows the fictitious protagonist Friedrich Richard, Hitler’s most trusted friend and an SS officer. This retelling of arguably the darkest chapter in human history proves that changing history is more difficult than you would think, especially if done honestly. And an honest attempt is what this book accomplishes. The authors let history play out, while having Richard guide the reader through a maze of dangerous geopolitics.

Richard knows, as do many other well-connected and highly appointed Germans, that Hitler is turning into a monster who will march Germany straight into another world war. The reader follows Richard while he works with countless villains, such as Hitler, Hermann Göring, Heinrich Himmler, and Reinhard Heydrich, as well as those working to stop Hitler: Bernhard Weiss, Wilhelm Canaris, Ludwig Beck, and Erwin von Witzleben.

I call the protagonist “fictitious” strictly because there are so many actual historical figures in the book. The authors do a fine job of ensuring that these actual historical figures are not two-dimensional. They are not mere prop pieces to move the story along. Even Hitler is kept from being a static figure whose sole focus is destruction. He is provided personality, including traits like loyalty and a sense of humor. (It takes personality to gain the support of the masses.)

“Sins of the Fathers” is historical fiction, but it is highly researched and incredibly detailed. The reader follows the distressing moments of history, including the Austrian Anschluss and Kristallnacht. These two moments highlight precisely where Germany and the German-speaking world get caught up in a hypnotic belief in Hitler. In his pursuit of Czechoslovakia, Hitler proves the brilliant political tactician in the Munich Agreement, where he achieved the annexation of the Sudetenland of western Czechoslovakia, despite Czechoslovakia’s large and prepared army. This agreement promised that Great Britain and France would leave Czechoslovakia to fight Germany on its own in the event of a confrontation, which assured Hitler the annexation. Germany would follow up months later by overtaking all of Czechoslovakia.

Regarding the Munich Agreement, Stern and Winter show that a display of strength despite apparent weakness is needed in a leader, which is something Hitler exemplified but British Prime Minister Neville Chamberlain did not. This is where the book ends.

Where and how the book ends are some of my few complaints about it. Despite Chamberlain’s decision being one of the most pivotal and cataclysmic decisions in world history, the authors spend very little time on it. The “peace for our time” decision is made, and the reader must move to the next book.

I wish there had been a suspenseful buildup as we waited for the decision or the reaction to the decision, or perhaps the immediate global reaction, or even Hitler’s personal reaction. As a moment of such occasion, it is held too briefly by the authors.

The book is full of dialogue, which I find preferable. It helps move the story along while adding life and intimacy to the characters. The intimacy, however, between the protagonist and his love interest, Carla, often feels contrived. “Sins of the Fathers” at times feels like two novels combined into one. One novel is extensively researched and assembled, and creates a sense of urgency that glues the reader to the pages. The other novel is spotted with poor dialogue, unnecessary fight scenes, and too much first-person self-aggrandizement by the protagonist.

“Sins of the Fathers” does make for a fun read. The reader is swept up in the current that was a Hitler craze. Stern and Winter prove that sometimes those currents are far too strong to stop, even when someone might be in a good position to do something. The dark chapter of world history unfolds again precisely as it did in real life. For this, I say it is an honest book because it proves that while trying to save a nation from a monster, sometimes all we can save is ourselves and perhaps a few friends.

This historical fiction series is a great way to discover the many villains and heroes in 1930s and ’40s Germany, along with the pivotal moments and decisions that turned the country into a hellish place.