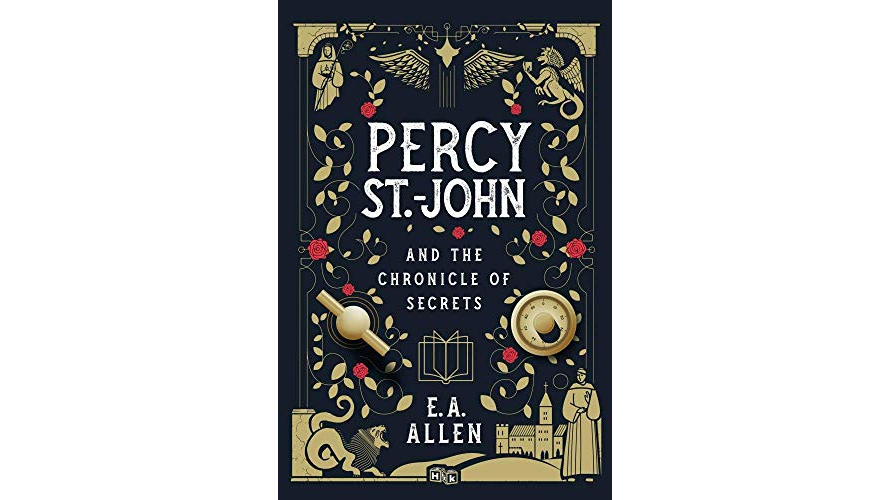 "Percy St.-John and the Chronicle of Secrets" by E. A. Allen. (Histria Kids)
Books

Book Review: ‘Percy St.-John and the Chronicle of Secrets’: Thieves and Monks, Angels and Demons, Make for a Fun YA Novel

E.A. Allen has written a fun and intriguing young-adult (YA) novel in “Percy St.-John and the Chronicle of Secrets,” which appears to be the first in a series. The story follows a young teenage protagonist, Percy St.-John, from tragic son to heroic thief.

The YA novel follows the general path of initial tragedy, much like one may read or see in Grimm fairy tales or Disney films. Percy’s father, an Anglican vicar, is murdered in the first chapter; his mother had long since been deceased since his birth. It is this unfortunate unfolding of events that puts Percy on his path to becoming a thief. But first he is placed in an orphanage.

It may appear that I have jumped from one element to another, but this is how the story unfolds. We are told that Percy has become a thief, and a highly successful one at that. We are told that his education in thievery begins in the orphanage.

We are told this while he is living in a Swiss monastery, having been placed there by a French intelligence agency. I trust that last detail is rather perplexing. A lot has taken place in the protagonist’s life, but we are not privy to any of it, except in passing dialogue. Unfortunately, it is telling rather than showing.

From orphan to thief (a master thief at that) could have made for interesting reading. The book is quite short, slightly more than 200 pages.

An additional 75–100 pages to build a back story and create some character development would not have hurt. Given that, the story is still fun.

The Chronicle of Secrets

Inside the monastery is where the excitement takes place. Percy is surrounded by monks, some of whom are suspicious of his worldly ways. The story is told in first person, but not from the protagonist, but from a young monk and the main character’s close friend, Gabriel. Gabriel tries somewhat to play the role of Percy’s conscience, but is also pushed to build up his own virtues, courage being one of them.

The demand for courage is centered around the pursuit of an ancient book with ancient secrets. The book is being pursued by a corrupt underworld figure, though we aren’t given much more information than that.

When a murder takes place, the suspicious eyes look upon Percy. When Percy removes all suspicion, it behooves him to solve the mystery, along with Gabriel, and his new found friend, Elizabeth, a crippled French girl on a pilgrimage to the monastery.

The suspicions around the book, however, is what keeps the story moving. Percy is intrigued by the book, its attempted theft, and why someone would murder for it.

This “Chronicle of Secrets” is the center of gravity between good and evil. Not only is the good and evil physically rendered, but spiritually as well. In fact, rather predominantly spiritual. The reader is introduced early on to angels and demons, and how the monks utilize or fight them. The spirituality of the book adds more intrigue and suspense to the story, as well as some humor.

Percy, Gabriel, and Elizabeth, along with a handful of other characters, including the monks and villains, are given good personalities through the writing. The author utilizes believable dialogue throughout the book. Allen also does a fine job painting pictures with the dialogue so that the characters don’t become stale or bland.

The author also takes the reader through various locales, like the monastery, a dark forest, and a mountain. Regarding the forest, it is believed to be haunted, not by ghosts, but by demons. The reader experiences some of these interactions with them, though the book doesn’t really let the reader know why these spiritual elements are present. Perhaps that will be further explained in the series.

Regarding explanations, the ending of the story leaves a little to be desired. For a YA novel full of interesting and intelligent elements, the climax is overly simplified. The conclusion is almost reminiscent of a Scooby Doo episode where the ending happens because the story has to end. The ending, however, does leave the door wide open for a series to develop.

The story is fun, the writing is good, but what it lacks is detail. As aforementioned, Percy’s back story is negligible; for my money, I wish I had more insight into him. Young boys who survive tragedy and become master thieves are recipes for great backstories. I think the novel would have profited from more detail, even if that meant several scores of additional pages.

For teenagers and tweens, this story should be a fun and short read that will engage them and introduce them to an interesting spiritual world in a rather Christian sense.