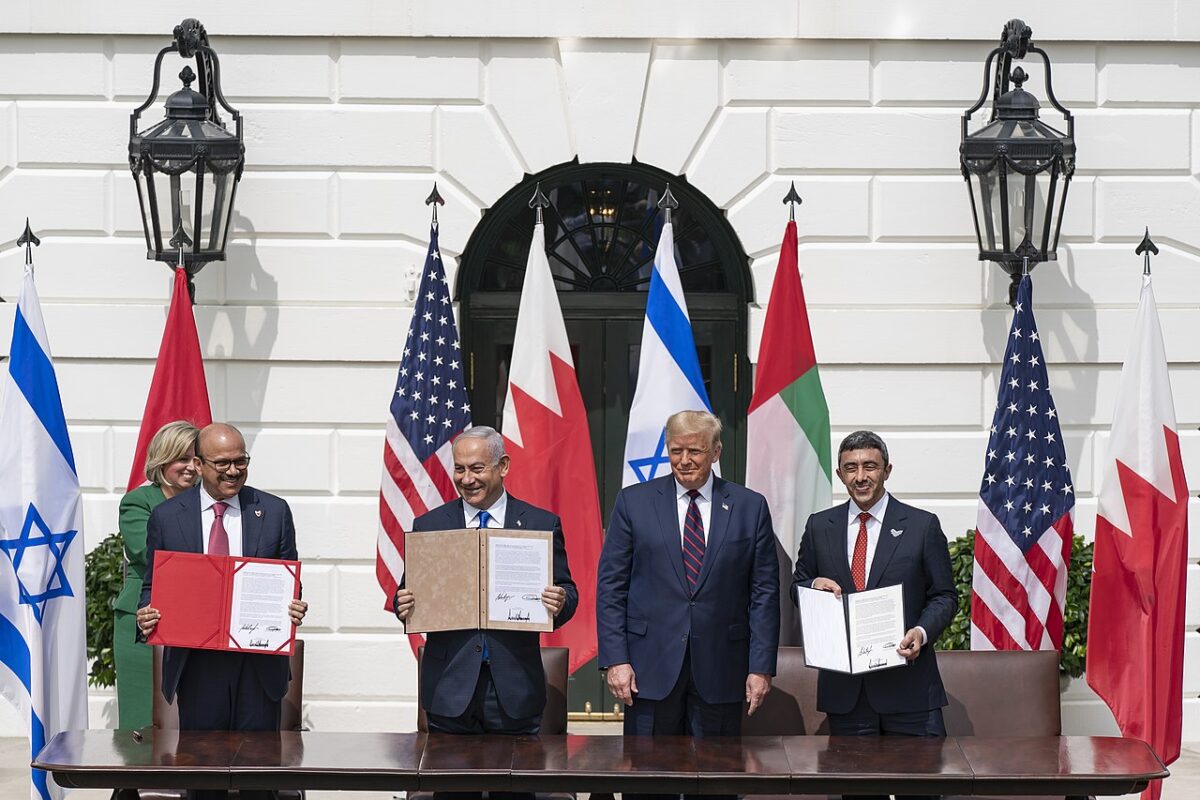 Book Review: ‘Let My People Know: The Incredible Story of Middle East Peace—and What Lies Ahead’

A First-Hand Account of the Historic 2020 Diplomatic Achievements in Israel
BY Dustin Bass TIMEAugust 5, 2022 PRINT

The Abraham Accords were truly some of the most important Middle East peace negotiations since Israel became a nation in 1948. With a mainstream media that is anything but conservative and blatantly against the now former Trump Administration, it is little surprise that the epochal 2020 treaties between the UAE, Bahrain, Sudan, and Morocco, and the state of Israel received less than due fanfare.

For Aryeh Lightstone, author of “Let My People Know” and the former senior advisor to the U.S. Ambassador to Israel David Friedman, what is important is that the work was accomplished, that people remember, and that progress is being made upon those accomplishments.

In his memoir, he takes the reader from the beginning of his time working with the ambassador in the Trump Administration until his resignation only hours before President Donald Trump’s first term ended and the new administration took over.

Lightstone begins recounting his experience when he was pegged to be Friedman’s senior advisor. He discusses his acclimation to the political world of Washington and Israel, prominently Tel Aviv and Jerusalem.

The acclimation process included mistakes, learning nuances in culture and personnel, successes (minor and major), establishing relationships, understanding expectations, dealing with politics and the media (often one and the same), and working with some of the world’s most powerful people.

There are two major events in the book that will go down as major events in American history: moving the U.S. embassy to Jerusalem and the creation of the Abraham Accords. These historical events rightly make up a majority of the book, but it is the Abraham Accords that makes for intriguing reading. This may be because Lightstone was more personally involved in the Accords process than the embassy move.

Unfortunately, the perspective on the embassy move provides little more than was already known. The pushback and hesitance surrounding the move was made obvious through the media and Democratic politicians.

It would be unfair to say that Lightstone merely regurgitates this information, but in comparison to his retelling of the Abraham Accords process, it feels that way. I wish there had been more details about what he experienced, personal conversations he had, and the real give-and-take that went on behind the scenes. But for this historic moment, we don’t receive anything we really didn’t already know, nor is the reader given the feeling of being in the moment with the author.

As far as the internal process of getting the Abraham Accords started and completed with some nations, the reader is given a passenger seat for a very interesting ride. Throughout the entire book, we get a sense of the author’s excitement, an excitement that is obviously still with him.

Lightstone provides interesting conversations, a “cloak-and-dagger” moment, a moment of danger, and even a verbatim speech or memo that called the bluff of the new Sudanese government. This is what makes a memoir memorable: Things we couldn’t have known otherwise.

To compare, Dwight Chapin’s memoir “The President’s Man” about his time in the Nixon Administration is chock full of intimate details that only the author would be able to express. In “Let My People Know,” it is too much about the overarching story and less about the unknowable details.

Throughout the book, the reader is exposed to Lightstone’s frustrations, and they are frustrations that most Americans probably feel, just indirectly. The author discusses how he and those around him who were working toward the same goals were constantly told what couldn’t be done and what shouldn’t be done.

The Trump Administration focused on eliminating the status quo where possible, much to the chagrin of the media, politicians, NGOs, military leaders, and even the president’s Secretary of State Rex Tillerson.

Lightstone points out that policies that don’t work shouldn’t be continued and listening to the same voices that have been proven wrong time and again should probably hold less sway. In fact, going against the grain and conventional wisdom was the only method to accomplish the goals, and proved wiser than conventional approaches.

Perhaps politicians and other senior political advisors will read this memoir and be encouraged to lean less on advocates who are more inclined to promote their personal politics than what would be best for the Middle East region and American interests.

Checking Our Enemies, Standing With Allies

It is no secret that the Palestinian Authority (PA) is no friend of Israel and therefore no friend of America. Lightstone discusses how the PA continues to make diplomacy difficult for America, even at their own expense.

The downside is that for years now, especially under the Obama Administration, America has inched closer to Palestine than Israel in the context of diplomatic efforts. It is perplexing that U.S. policy would conceive of trying to meet in the middle with the PA at the expense of our greatest ally and the only democracy in the Middle East.

Lightstone gives some detail on how diplomacy shifted back toward Israel under the Trump Administration. The book also addresses a lot of anti-Semitic sentiment within the media and NGOs. It is clear that relying more on the goodwill of the PA is a recipe for disaster. The author’s warning should be noted.

A Short Book That Could Have Been Longer

The work done in Israel should be cataloged from various perspectives, and a memoir is definitely one of those ways. Great and important work was accomplished in 2020 by the Trump Administration, Ambassador Friedman, Lightstone, and the ambassador’s team. For all the excitement and the difficulties that the Trump Administration faced to get all of this incredible work done, this memoir unfortunately takes a while to present the reader with an intriguing first-hand account.