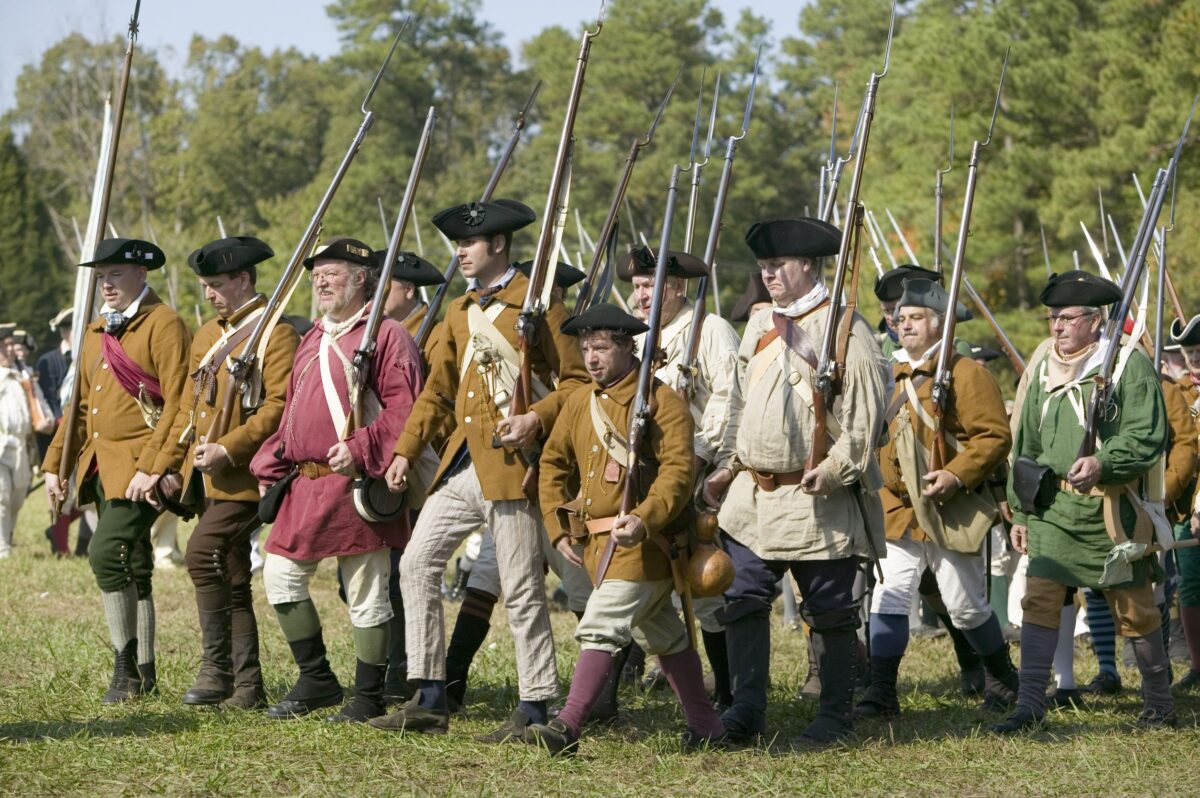 A reenactment of the victory and final battle of the War for Independence, the Battle of Yorktown. (Joseph Sohm/Shutterstock)
Books

Book Review: ‘Great Battles for Boys: The American Revolution,’ Created to Instill a Love of Reading and History for Young Readers

The battles of the American Revolution are the centerpiece for the eighth installment of the “Great Battles for Boys” series written by Joe Giorello. In about 200 pages, the author takes young readers through the important battles―wins, losses, and draws―during the War for Independence.

This book accomplishes precisely what its author has set out to do, which is to get young boys interested in reading by way of the most exhilarating subject: war. The series includes the Civil War, World War I, World War II, and even battles of the ancient world and Middle Ages.

At the start, Giorello addresses the reasons that the American colonists decided to fight for independence. He discusses several of the laws that King George III issued, such as the Stamp Act, the Tea Act, and the Intolerable Acts. There is also a brief backstory about the French and Indian War, which was why the British parliament and the king thought it necessary to tax the colonists.

From the Boston Tea Party to the Boston Massacre to the Battle of Bunker Hill, the author gives relatively thorough, yet brief, details about each moment early on, into the conflict. Along with the moments themselves, he also introduces some of the important players involved, both American and British. It is good that the author knows it is not enough to get into the grisly details of battle, but to demonstrate for young minds (and older minds) the causes of the war.

Giorello goes beyond the generalities of the British, French, Spanish, and the American colonists to dive into deeper detail about individuals. At the end of many of the chapters on specific battles, there is a “Who Fought?” section that describes particular subjects in a battle.

There is even a section on the Hessians (the German mercenaries who fought for the British), the Marbleheaders (those who ensured that the crossing of the Delaware in December 1776 was possible), as well as a chapter titled “Women of the American Revolution.”

Throughout the book, there are images of soldiers, battles, and maps. This helps not only to break up the book for faster reading (or at least perceived-faster reading), but it also gives constant visuals for ages that need them.

At the end of each chapter, there are book, movie, website, and even YouTube recommendations that expound upon the specific battle or person. These recommendations are less scholarly works, but they fit in line with the specific target audience in order to help them learn more about the subjects.

For parents looking to get their sons (or daughters) interested in reading and learning about the founding of America (or other historical wars that shaped the world), “Great Battles for Boys: The American Revolution” is an ideal start. It is chock full of factual action that took place during the battles, and it will also introduce readers to more than just George Washington—although there is a chapter appropriately dedicated to him.

This book will help create an appreciation for those who fought for American independence (the known and the unknown soldier) at the end of the 18th century, not only for the reasons of freedom but also because of the incredible odds stacked against them.