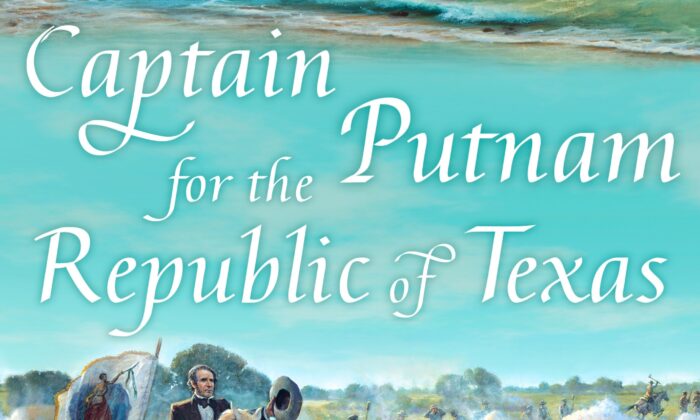 Book Review: ‘Captain Putnam for the Republic of Texas’

When Americans think of the American Revolution, they typically think of the ground troops led by men such as George Washington, Daniel Morgan, and Nathanael Greene. When it comes to fighting on the high seas, it’s the French Navy that comes to mind. The Continental Navy, aside from possibly John Paul Jones, typically isn’t given much thought. In fact, the Continental Navy was disbanded at the end of the war. It wasn’t until 1794 that the Department of the Navy was created, but still it wasn’t incredibly memorable.

Over the past five years, James L. Haley has been working to help mend that dismissive mentality. In 2016, his first work of the Putnam Series launched with “The Shores of Tripoli: Lieutenant Putnam and the Barbary Pirates,” telling the fascinating story of the war against the Muslim pirates. The series follows its namesake, now-Captain Bliven Putnam, along the African coast, against British vessels in the War of 1812 (“A Darker Sea: Master Commandant Putnam and The War of 1812”), into Hawaii (“The Devil in Paradise: Captain Putnam in Hawaii”), and into Texas with his latest work “Captain Putnam for the Republic of Texas.”

Haley, one of Texas’s most prestigious historians, simultaneously puts his incredible writing skill and historical knowledge on display in the new book. The author provides a thorough historical analysis of what was taking place before, during, and after the Texas War of Independence, which began in Gonzales on Oct. 2, 1835. Haley takes the reader on a fun ride through the trials, defeats, and triumphs that culminated in the creation of the Republic of Texas.

This fourth installation of the Putnam Series brings back several familiar faces, such as Sam Bandy, Putnam’s wife Clarity and, of course, Putnam himself. As Haley creates his fictional, yet historically accurate, portrayal of the 1830s, new faces emerge, such as Gen. Sam Houston, Gen. Santa Anna, and President Andrew Jackson.

Haley has created his own way of telling the early history of America’s Navy through incredible tales of bravery and hardship on these large wooden vessels. Along with colorful characters, an exciting narrative, and a thorough and accurate historical education, Haley gives the reader a masterclass of how the ships and their crews worked. One could study his four books and at least obtain a good grasp of the inner workings and outer workings of a ship of the line.

An interesting aspect of Haley’s recent book (which he accomplishes in each) is that he successfully places the reader on both sides of some of the most crucial debates of that time (arguments that are still discussed today), including slavery, the reason for the Texas Revolution, and the controversial presidency of Jackson.

It was a few years ago that I’d read Haley’s debut Putnam novel, “The Shores of Tripoli: Lieutenant Putnam and the Barbary Pirates,” and I was enraptured by the adventurous writing that was steeped in America’s actual naval history. Haley provided insight into America’s need for a strong navy, how the European powers had been dealing with pirates, and a view into portions of the early 19th-century Muslim world.

What Haley has done is create a fictional naval series reminiscent of Britain’s Horatio Hornblower or the Jack Aubrey series. The author leaves an opening for a possible fifth installment in the series, which I do hope he writes. The Texas Revolution is now over, but the Mexican–American War is only a decade away, and less than 15 years after that, America erupts into its Civil War. Haley still has plenty of history to work with, and his protagonist still has plenty of life left in him.

This is the type of historical fiction series that Americans need. As iterated earlier, these are enjoyable books with history added throughout. It helps place the reader in the midst of important conversations, and at the same time expresses the need for patience with those with whom we currently may not agree.

In Putnam, Haley has created a figure who exemplifies the most treasured American qualities and virtues: fortitude, courage, wisdom, and generosity. These books are perfect for a rather wide audience. I would recommend the books to early teens and up, and especially for anyone with an appreciation for naval history and stories. This is a great way to learn and remember our country’s early days fighting on the high seas, and now the Gulf of Mexico.