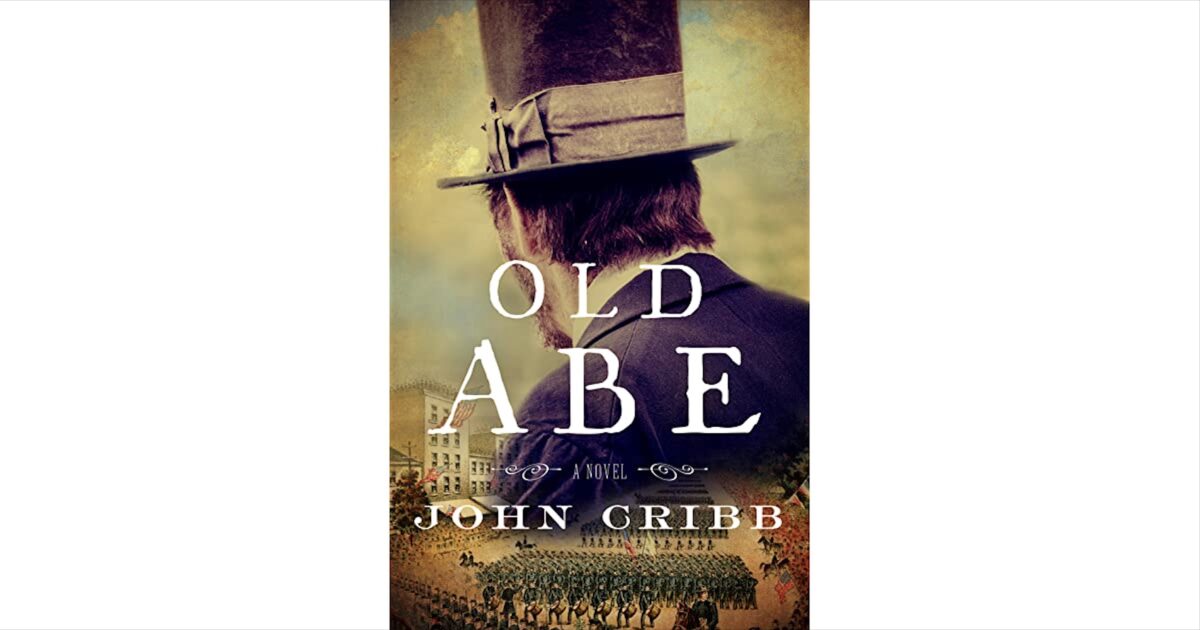 A well-researched novel leaves loftiness behind in favor of a fly-on-the-wall walk beside Lincoln to appreciate his wit, intellect, and discernment during dark years in American history
BY Deena Bouknight TIMEJuly 7, 2022 PRINT

In all the commemorative and even demonizing books written about 16th president Abraham Lincoln since his assassination 157 years ago, none show us his towering, 6-foot-4-inch frame squatting. But John Cribb’s 2020 novel, “Old Abe,” opens with, “He squatted, … whittling on a pine stick.”

It is a picture of an average American man passing time. Only Lincoln wasn’t just passing time. On May 9, 1860, he was waiting outside a makeshift convention hall in Decatur, Illinois, to hear if he would be named the Illinois Republican Party candidate for president of the United States. Suddenly he heard cheers, and a crowd hoisted him into the air and demanded a speech.

As his Gettysburg Address would forever solidify three years later, brevity ensued. Lincoln spoke few words, yet he was cheered and admired by the crowd.

But later that evening, Cribb has the great man “sprawled on the grass in a patch of woods … to talk over his next move with friends.” In sense-of-place writing that has us sitting right there, we experience the same pollen that leaves smudges on the men’s black trousers.

The book’s sensory intimacy adheres us to the mundane and the monumental of Lincoln’s last five years: stirring coals, feeding his horse, quipping about becoming president, climbing stairs, boarding trains, dozing off at his desk, sobbing over his dead son, and much more.

We are in on Lincoln’s private meeting with Frederick Douglass, running with him toward burning stables when he realizes his sons’ ponies and goats may be inside, and following him as he assesses the smoldering ruins of Richmond, Virginia.

Cribb brings us so close to Lincoln in “Old Abe” that we shudder to read Chapter 52, titled “April 14, 1865.” Knowing the result of that fateful day, we ache when Lincoln says to Gen. Grant (who chose not to attend the evening’s theater performance), “We’re going to have good times now, and a united country.” And we swallow hard when, just before Lincoln is shot, Cribb’s prose reveals the president’s thoughts about his family: “They must all make more time for each other—more time for laughing, for afternoon drives, for evenings at the theater.”