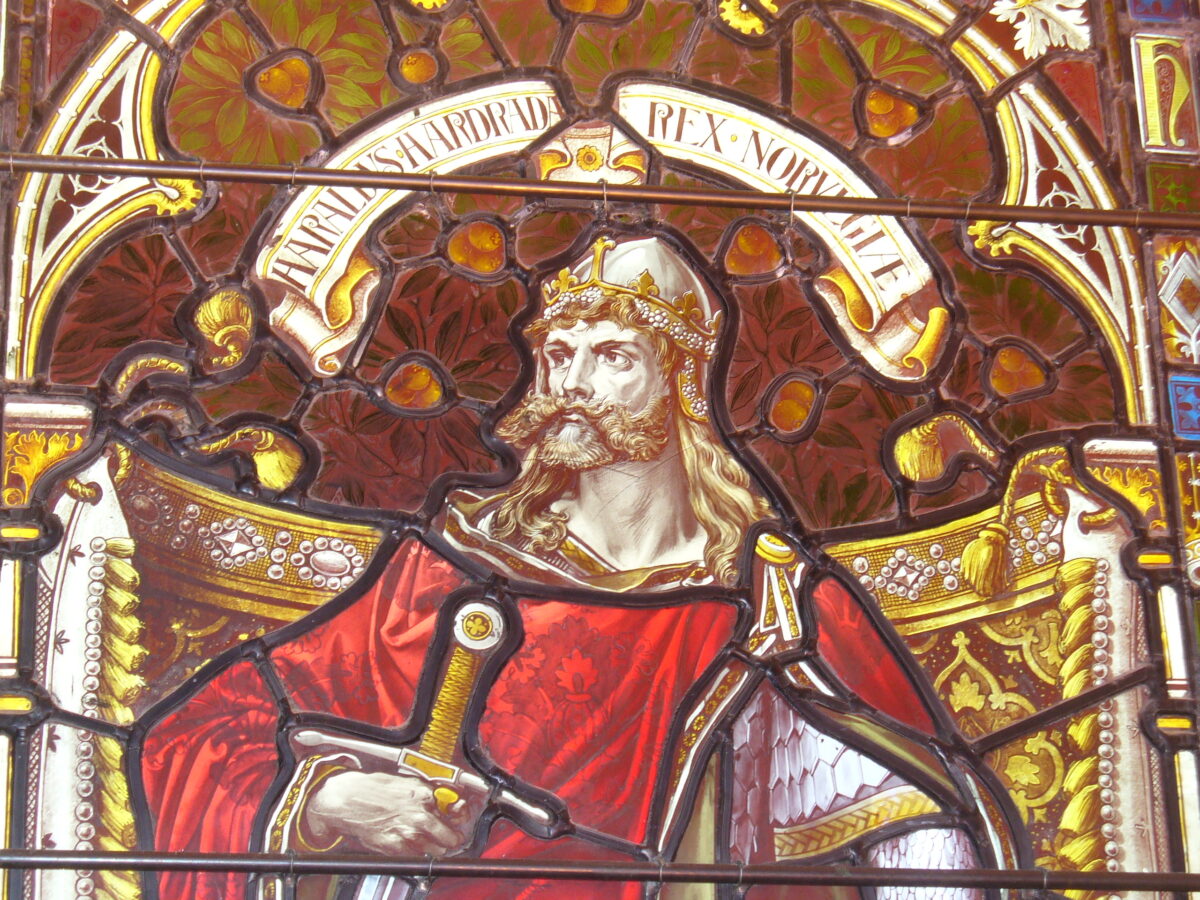 Brave, powerful, menacing, seductive, cunning, deceptive, and cruel. There are many ways one could describe Harald Hardrada (also known as Harald Sigurdsson). Viking and king are two other ways. Don Hollway, in his new book “The Last Viking: The True Story of Harald Hardrada,” has provided a vivid look into a complex man who lived at the top during complex times.

Hardrada’s life is that of fiction—mythological fiction, like a man who was a demi-god.

The Timeline of Hardrada

Hollway begins in A.D. 1030 when war and tragedy meet. During the Battle of Stiklestad, Harald’s brother, King Olaf II of Norway, is killed, and Harald is wounded and carried to safety. From there, he becomes a mercenary of sorts within the Varangian Guard in the Byzantine Empire where he serves to fight for the emperors, put down revolts, and protect the throne. He also finds time to become lovers with Empress Zoe and Emperor Constantine IX Monomacho’s lover, Maria Skleraina.

A majority of the book is centered around his time serving in the Byzantine realm. Hollway discusses how the Viking utilized his prowess, his fighting ability, his personality, and looks to maneuver safely among the highest ranks of the empire. His powerful group of Scandinavian warriors, the Varangian Guard, also ensured his political and physical security.

Eventually, his time serving in the empire comes to an end after being betrayed by Zoe, presumably because of his affair with Maria. He and several of his warriors are sentenced to prison where a massive snake feeds on the flesh of the living and the dead. Determined not to become part of the dead that lie on the floor of the dungeon, Harald and his warriors kill and live off the meat of the snake. By some miracle (often attributed to Saint Olaf), the Viking warriors escape from the prison, assemble several longships, and escape while the Imperial army is busy fighting an invading enemy.

Hollway follows his return home and his eventual rise to kingship. As a mercenary, Harald’s actions, regardless of how violent and cruel, are more forgivable as he is merely a warrior following orders. When he becomes king of Norway, however, those cruel actions cut differently for the reader. The author doesn’t try to soften the cruelty of Harald’s dictatorship. History is what it is, and rulers from ancient times to modern times rarely rule with a velvet glove.

As is made clear throughout the book, the throne was often a seat of anxiety and suspicion. Had he submitted to this anxiety before his pursuit of England, he might have lived a little longer as king. But as with every great tale, only a good ending will do. And the ending of Harald and this book is one to be remembered.

Hollway has done his due diligence in researching this great story, one utterly worthy of being retold. He has pulled from the great Norse sagas and historical documents to assemble this story of an epic life. Not only will readers learn about the life of Harald, but also the many historic events that took place in the Byzantine Empire, Scandinavia, and England. They will also be introduced to numerous Norse kings, princes, princesses, writers, and men of military might.

All this notwithstanding, “The Last Viking” is a violent book because it’s a presentation of those most violent times when soldiers were killed not with bullets, but with sword thrusts and swinging battle axes.