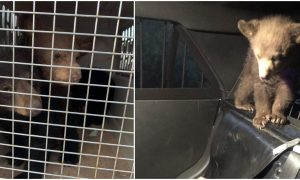 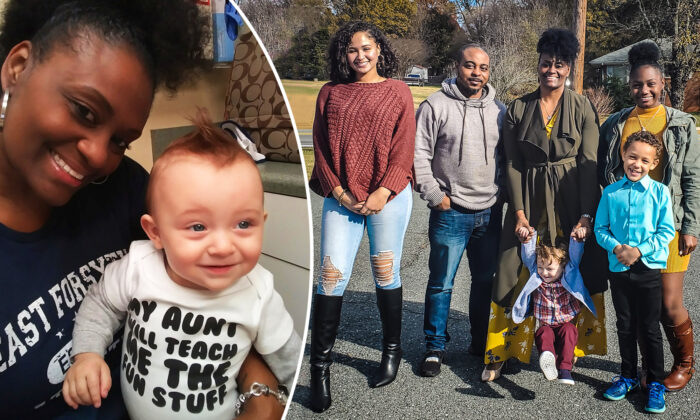 The Baldwins from North Carolina are all too well versed in the trials and tribulations of raising a baby of a different skin color. When the black family fostered a white baby named Princeton in 2017, trouble began, including accusations of kidnapping and even questioning from the police.

But the Baldwins followed their hearts. Today, the family are vocal advocates for diversity, tolerance, and the overarching message that “love conquers all.”

Therapist Keia Jones-Baldwin and her husband, police officer Richardo Baldwin, were planning to adopt another child. Already parents to Zariyah, Keia’s 16-year-old biological daughter, and two adopted children, Karleigh, 16, and Ayden, 8, the couple’s ambitions to adopt an older child were overturned when Keia bonded with a newborn baby in the local NICU.

“My foster care supervisor called and said, ‘Is there any way you can go to the hospital and do skin-to-skin with a baby?’” 36-year-old Keia regaled, speaking to Today Parents.

Baby Princeton had been exposed to drugs in utero and was born prematurely, weighing just 1 pound (approx. 454 g). “I bonded with him so quickly,” Keia explained. “I started going there every day.”

Princeton was a hit with Keia’s other children, and before long, the entire family was smitten with the beautiful baby boy with fair skin. The Baldwins officially adopted Princeton on Aug. 29, 2019.

After struggling with infertility for years, Keia and Richardo had turned to foster care as a possible solution to their desire to have a family together. “[O]ur plans are not God’s plans,” Keia later wrote for Love What Matters. “Little did I know, He had bigger plans for our lives!”

Foster care worked for the Baldwins. Eventually, opening their home to children in need led to Keia and Richardo becoming proud parents to a multiracial family of four children.

Unfortunately, however, not everyone was as accepting of the blended Baldwin family as Keia, her husband, and children had hoped. “We get a lot of stares,” Keia revealed to Today Parents. “I’m frequently asked if I’m Princeton’s babysitter. I get, ‘Why didn’t you let him stay with a family of his own race?’”

The parents have even had to prove that Princeton is legally their son on more than one occasion. During a family vacation to Tennessee, a photographer called the police, claiming that she had photographed Princeton with a different family, “his family,” two weeks previously.

On another occasion, Keia’s car broke down and she knocked for assistance at the home of a nearby resident. “I knocked on his door to explain why I was on his grass,” Keia explained. “He called the police and said I stole my car and the baby.”

Rather than focusing on the naysayers and the negativity, however, the Baldwins chose to channel their energy into living their best lives and chronicling their adventures on a Facebook page, Raising Cultures. The page celebrates diversity and hopes to educate others on the realities of life as a loving, multiracial family.

Taking to Facebook on Dec. 6, 2019, to share a message of love and positivity, Keia expanded: “[M]y kids are not ‘charity cases’ or ‘lucky’ … we are blessed!

“My husband and myself will be better humans because of our children,” Keia reflected, adding with gusto, “If you don’t like it, close your eyes and keep scrolling!”

The Baldwins plan to keep their doors open to fostering more children in the future, wherever the need may be.