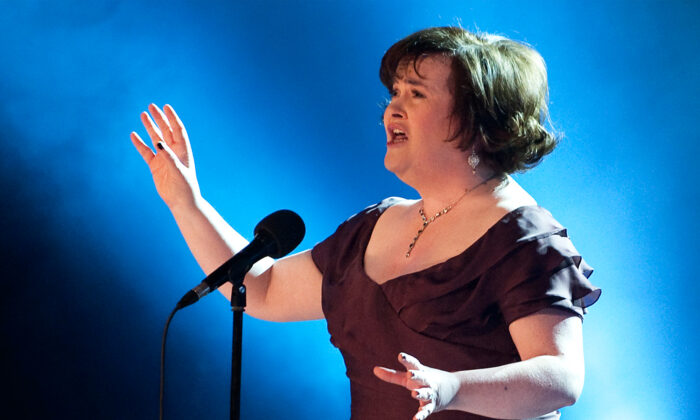 Once a homebody, singer Susan Boyle skyrocketed to fame after her stunning rendition of “I Dreamed A Dream” on “Britain’s Got Talent” in 2009. Since then, her life has undergone an epic transformation.

Susan admitted feeling “gobsmacked” by her overnight fame but asserted that she didn’t want fame to change her. “I wouldn’t want to change myself too much because that would really make things a bit false,” she explained, as per CNN. “I want to receive people as the real me, a real person.”

As per The Guardian, Susan’s first album, “I Dreamed A Dream,” topped the U.K. charts with the biggest first-week sales for a debut album in the country’s history. According to Time, the notoriously critical “Britain’s Got Talent” judge Simon Cowell, bowled over by Susan and her massive success, even referred to the singer as “my superwoman.”

Speaking of her entry into the Guinness Book of Records in 2010, Susan told the BBC, “I used to read this book as a wee girl. I never dreamt that one day I would actually appear in [it].”

“I only ever wanted to sing and perform,” she added. “This is truly fantastic.”

As good as her word, the singer remained humble. Despite selling over 25 million albums worldwide and having a reported net worth of around $28.2 million, as per Classic FM, 58-year-old Susan still resides in the same modest council house in the Scottish town of Blackburn, West Lothian, that she grew up in.

“It’s to do with the memories of your house and your upbringing,” Susan explained to OK! Magazine,”you need to take stock of things and maybe see where you come from and where your roots lie. It’s best to be grounded and with your roots.”

As per The Sun, although Susan’s home has undergone refurbishments—including a summerhouse in the backyard and a dedicated music room—the now-world-famous singer has held onto meaningful mementos from her childhood such as the animal ornaments and religious figurines that she loves.

Susan, despite her new wealth, is also a thrifty shopper. “The daftest I’ve gone would have been a fur coat,” she admitted, as per the Daily Record. “Well it was more than £100, put it that way.”

“I once bought a pair of jeans for a fiver and they looked great,” the singer added, recalling her best thrifty purchase. “Everybody likes a bargain!”

As Susan’s fame escalated, the singer battled with poor mental health and social anxiety. In 2012, she was diagnosed with Asperger syndrome but now uses her diagnosis to support confidence building and advocacy work.

“It’s a case of not judging a book by its cover,” Susan explained, as per The Sunday Post. “I like being a role model for those who don’t have a voice themselves, to give them a bit more confidence. They look at me and say, ‘Maybe I can do it as well, I’ll give it a go, too.’”

Susan took ownership of her struggles and even reappeared in the “Got Talent” franchise, taking part in “America’s Got Talent: The Champions in 2018.” She received the coveted Golden Buzzer from judge Mel B.

To date, Susan has described her personal career highlights as “singing for the Pope in Bellahouston Park,” and “my first time singing in America,” as per The Sunday Post. Susan has received two Grammy award nominations for her musical achievements, and released her eighth studio album, “Ten,” in early 2019.

Susan now encourages others not to be held back by perceived limitations. “If you have a dream,” Susan shared, “it’s never too late to give it your best shot.”