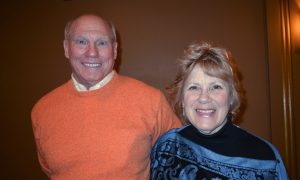 When Muhammed Muheisen won his first Pulitzer Prize, he wasn’t even 25 yet. He was born in Jerusalem in 1981 and, with a degree in journalism and political science, he joined the Associated Press at the age of 19. Since then, he has been an ever-rising star.

During the time he was based in Islamabad, the capital of Pakistan, he produced a seemingly endless stream of captivating daily-life photographs. His main focus has been children. Through their innocence and playfulness Muheisen captures the human spirit—so relatable, though set in a foreign and often rough environment.

“All the children of the world share something in common, wherever they are from,” he told “Time” in 2013, after he was named by the magazine the Best Wire Photographer of the year. With no electricity or even running water, he noticed how creative the children get with their games.

But Muheisen’s brilliance is not just about pointing a camera at a child. His mastery of light, composition, and perspective hint at a solid artistry that allows him to harness his opportunities.

The first Pulitzer Prize came in 2005 for his coverage of the war in Iraq. He added a second one in 2013 for covering the war in Syria.

Recently, he was appointed Chief AP Photographer for the Middle East, Pakistan, and Afghanistan.

His assignments, however, took him far beyond the Middle East. Over the years Muheisen was dispatched to China, Yemen, France, and South Africa. Yet even in the most turbulent circumstances, he always looks for a sign of humanity, perhaps in the smile of a child.

“I was born in a conflicted country—there was always a space for joy and I never stopped looking for that through the years I spent covering stories in war zones,” he said in a video diary “Time” asked him to keep. “The smile always appears. Even in the middle of the conflict, life doesn’t stop. Life goes on.”