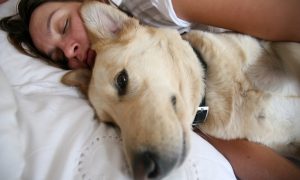 Woman Sleeps Overnight With Dying Dog So He Won’t Be Alone: ‘His Life Mattered’
0 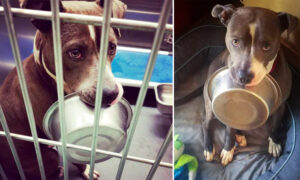 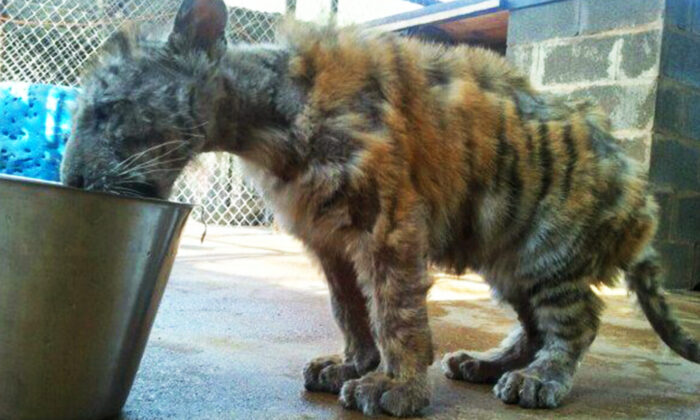 Bengal Circus Tiger Was Malnourished and Miserable, Now Thrives With New Mate After Being Rescued

Aasha the tiger suffered in misery during her first nine months as a circus attraction. However, when a wildlife rescue center learned of her living conditions, they decided to take action. Several years on, the once-wounded and underfed feline is thriving and was even introduced to an enclosure partner to share her life with.

It was March 2011 when Vicky Keahey, the founder of In-Sync Exotics Wildlife Rescue and Educational Center, from Texas, was noticed by the US Department of Agriculture about the Bengal tiger’s appalling conditions. “I asked how could a 9-month-old tiger be that small,” the woman told The Dodo. As it turned out, Aasha was part of a traveling circus, and the other tigers in the enclosure were bullying her. The poor animal also suffered from a bad case of ringworm, which explained her small size.

After meeting the tiger, Keahey agreed to take her into her care. “By the time Aasha came to In-Sync, she was almost completely bald,” In-Sync media director Angela Culver told The Epoch Times. “We were told that she was believed to be about 7 months old and stunted in growth making her about the size of a bobcat. Weighing in at 37 pounds told us that she was around four months old.”

When she first arrived at the center, Aasha was severely underweight for a tiger her age. “She was only about the size of a large bobcat,” said Keahey, Inside Edition reported. According to Keahey, the tiger only weighed about 31 pounds (approx. 14 kg)—the expected weight of a 3-month old.

The poor animal was also covered in bald spots and had to receive daily medicated baths. “Every day, twice a day, I would go in and give Aasha medications and spend time with her,” Keahey shared. “I knew I was going to have to handle her to get her well.”

Treating such a sickly tiger wasn’t an easy task. Keahey recounted the dangers she faced while caring for Aasha. “In the beginning, she didn’t like it,” she explained. “She had claws and teeth that were telling me she didn’t want a bath, but I didn’t have a whole lot of choice as to whether or not I wanted to be in there with her.”

However, the treatment worked, and within a couple of months, Aasha began growing fur again. “Within eight months, she looked like a real tiger, and it was time to see how she would react to other tigers,” Keahey said.

After she began feeling better, her rescuers decided to find her a mate. His name was Smuggler, and he was about double the size of Aasha, but Keahey said she believed there was an attraction between them. The woman explained that usually when tigers “date,” they spend about 20 minutes “nose to nose.”

After several “dates,” Aasha and Smuggler were placed in the same enclosure together. “Aasha is still about half Smuggler’s size, but he knows when to steer clear of her,” Keahey explained.

According to their rescuers, the tigers have now spent a few happy years living together. “Aasha is now a gorgeous girl, who loves living with the slightly older and much-larger Smuggler!” said Culver.