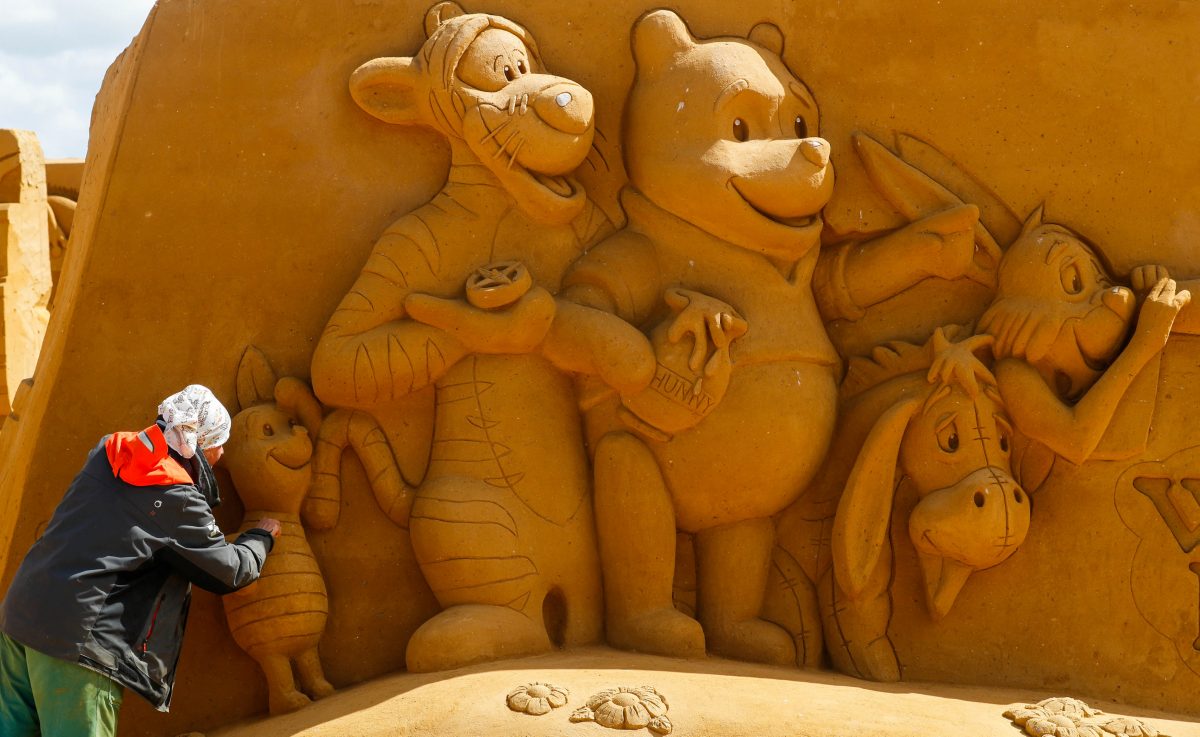 A sand carver works on a sculpture during the Sand Sculpture Festival "Disney Sand Magic" in Ostend, Belgium, on June 21. (REUTERS/Yves Herman)
Travel

OSTEND, Belgium—On a Belgium beach, an artist added the final touches to an imposing sand sculpture of the Incredible Hulk and his bristling muscles for the opening of the world’s biggest festival of its kind.

There are more than 150 sand sculptures relating to Disney, Pixar, Marvel, and Star Wars films on the beach in Ostend for the Sand Magic festival, which opened on June 23 and runs until September—providing the artworks survive the weather.

Recognized by the Guinness Book of Records as the world’s biggest sand sculpture festival, 34 international artists have spent four weeks creating the pieces using around 6,000 tons of sand.

Some of the sculptures are several feet high. Among the depictions are works featuring Daffy Duck, Yoda, and Bruce, the grinning great white shark from “Finding Nemo.”