‘Being Here is a Gift,’ Says Retired Pilot 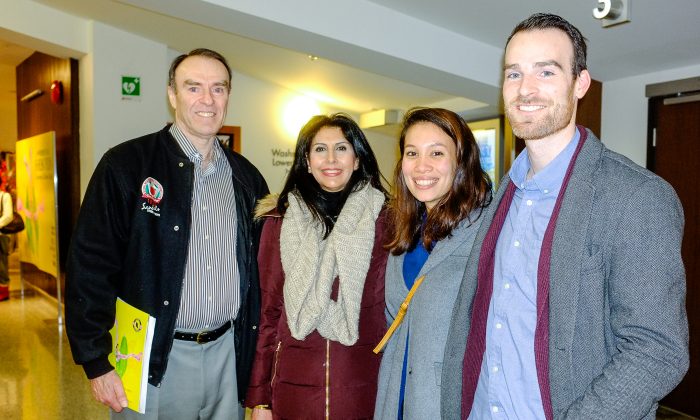 VANCOUVER, Canada—Back in ancient times, China was known as the “Celestial Empire”. This refers to the belief that deities transmitted a rich culture to Chinese people, with calligraphy, clothing, medicine, music and much more having been passed down from the heavens. Chinese culture is thus said to be “divinely inspired.”

This is the tradition that inspires Shen Yun Performing Arts, a New York-based company that tours the world every year showcasing the Middle Kingdom’s authentic traditional culture and its essence of spirituality.

It was the spiritual aspect of Shen Yun’s performance at the Queen Elizabeth Theatre in Vancouver on Jan. 24 that touched retired pilot Lyn Hole on a deep level.

“I really liked it,” he said. “I felt like I could relate to the theme of the whole show that we do come from above … and I honestly believe that. I’m getting emotional…”

He said he felt the performance may have brought a feeling of joy and hope to the audience.

“I understand what they’re saying—there is joy, light is going to prevail over the darkness. And angels and that coming down from above to help us and guide us.”

“Just for me and my family, being here is a gift.”

“I think really the message that they had, it was very touching, especially the last dance [“Hope for the Future”].

According to the program, this story-dance revisits an ancient belief—that we all came from the heavens and that, by becoming good, we can one day find our way back home.

“I was very touched,” she added. “I really, really enjoyed the show.”