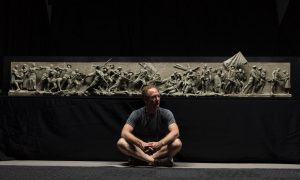 The Next Step in 'A Soldier’s Journey'
0 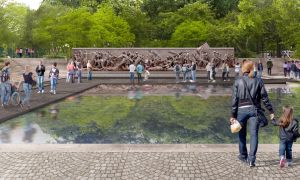 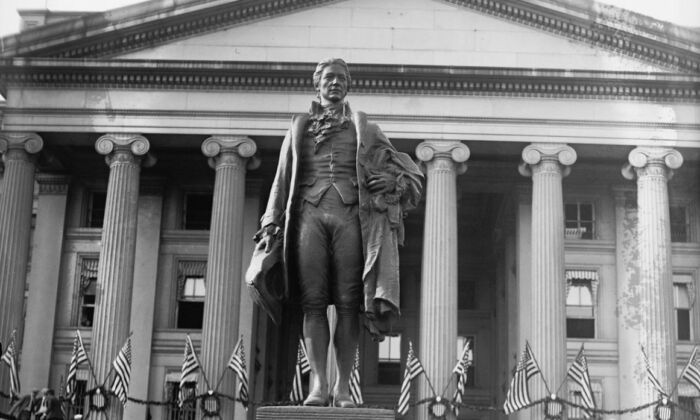 The 1923 dedication ceremony for James Earle Fraser's bronze statue of Alexander Hamilton on the south side of the Treasury Building in Washington. Library of Congress. (Public Domain)
Fine Arts & Craftsmanship

Behold the Beauty: Alexander Hamilton and the Humanity of Civic Statuary

Noble statues “enrich the city in beauty, in meaning, and in purpose,” author Michael Curtis wrote in his book “Classical Architecture and Monuments of Washington, D.C.: A History & Guide.”

Curtis reminds readers that sculptures are different from statues: Sculptures “might contain any idea large, small or insipid of anything or non-thing or nonsense,” he wrote. “Statues are intelligently composed, aesthetically resolved, expertly crafted tributes to civic, military, and humanitarian accomplishments.”

It then makes sense that statues are imbued with the virtues of such great people, and in the case of civic statuary, these virtues are on public display for generation after generation of citizens to aspire to.

A fine example of such statuary is American sculptor James Earle Fraser’s 10-foot bronze statue of Alexander Hamilton. As the first secretary of the Treasury, Hamilton stands prominently on the south side of the Treasury Building.

Fraser’s Hamilton cuts a dashing figure, which although cast in bronze, is alive with feeling. Confident in pose, Hamilton appears as if he is ready to stride off into action, with his left foot ready to propel him to walk. His face exudes a certain assuredness along with a faint but charming smile that distinguishes the man from the monument.

On Feb. 23, 1775, Hamilton wrote in “The Farmer Refuted”: “The sacred rights of mankind are not to be rummaged for, among old parchments, or musty records. They are written, as with a sun beam, in the whole volume of human nature, by the hand of divinity itself; and can never be erased or obscured by mortal power.”

Expertly crafted statues, imbued with the light of humanity, can remind us of those sacred rights. Made in that manner and with such noble intentions, they can forevermore enrich us in beauty, in meaning, and in purpose.