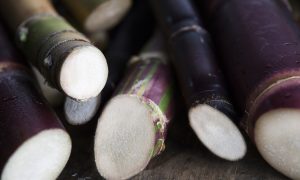 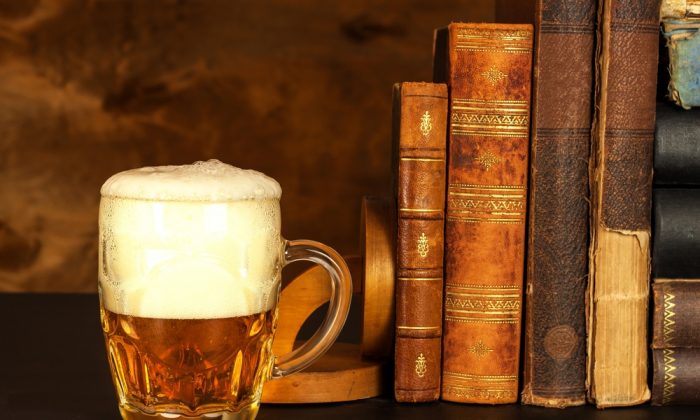 Beer, in the Name of Science

If I could choose only one museum to frequent for the rest of my life or I wouldn’t be allowed to drink beer ever again, I’d choose the American Natural History Museum (ANHM) in a heartbeat. I’d then live out my days a happy woman despite the cruel ultimatum I once faced.

The authors combed the historical record and traversed the globe, sipping all along the way—including demanding research at Oktoberfest in Bavaria—to learn what beer can teach us about a variety of topics: chemistry, sociology, law, neurobiology, and genetics, to name a few.

They even brewed their own gruit, an herbal, medieval European beer style dating back to before the predominant use of hops. Tattersall said it was “a bit soupy.”

I sat front and center as Tattersall (DeSalle was ill) highlighted some of the more interesting discoveries unearthed during their rigorous research, all in the name of science.

He kicked the conversation off with a simple truth I’d never pondered: Beer can express the intentions of the brewer much better than wine expresses the intentions of the vintner. A vintner must work with the grapes that terroir and weather provided during a given year and vintages often differ one year to the next. Making modern beer is much more like baking; ingredient measurements and temperatures are tightly controlled. If a brewer nails the recipe, the same beer can be made in perpetuity.

Homo sapiens are not alone in their libation consumption. “Tapping” into biology and the natural world, Tattersall spoke of primatologists studying howler monkeys in Panama. They noticed one fervently feeding on, and seemingly getting drunk from, the fruit of an Astrocaryum palm. Upon testing fruit that the monkey let drop to the ground, they were able to estimate the howler had consumed roughly the human equivalent of ten bar drinks. (Keep in mind that sugar is converted to alcohol through the process of fermentation.)

This and other observations led biologist Robert Dudley to investigate the interest in naturally fermented alcohol in other living creatures. He concluded the importance of alcohol to primates was in the signaling of ripe fruit: “I’m very ripe. Come eat me! Then spread my seeds in your droppings!” Alcohol is toxic to many other organisms, after all.

Before touching on the rejuvenation of American craft beer, and whether or not it’s sustainable moving forward (don’t worry, it’s a chapter of the book), we took a look back at recorded history. The authors traced the beverage’s roots back to the fermentation practices of ancient Mesopotamia.

In Mesopotamian religion, Ninkasi was the Sumerian goddess of alcohol. Specifically, she was the tutelary (meaning guardian and protector) goddess of beer. Her father was a king and her mother was a priestess of the temple of Inanna, the goddess of procreation. Makes sense so far.

A poem by the English-translated title, “A Hymn to Ninkasi,” was discovered inscribed on Cuneiform clay tablets, which were among the earliest human writings. The poem describes a recipe for brewing beer, most likely meant to be passed from generation to generation lest anyone forget. The inscribers also admit, in writing, that after drinking, they “found themselves transported.” Furthermore, the oldest beer residues on archaeological record have been dated to Sumeria. It all adds up!

Drawing even more from a wealth of additional subjects, the authors entertain and deeply inform on a topic many of us often drink up on without a second thought, perhaps even taking beer for granted.

Also taken for granted by me was the grandiosity of the museum, which feels like a whole different animal—or collection of animals—after hours. Having the Fossil Halls of the fourth floor to myself before and after the event was very “Night at the Museum.

Sure, others were present for most of the evening, but by the time I was found near the tip of the 122-foot Titanosaur’s tail and escorted, very nicely, by security to the elevator, it was just me. That familiar feeling of being in trouble—though I wasn’t—paired perfectly with my childlike wonder at my own little night at the museum, and the excitement surrounding my new book.

I recommend you grab your favorite brew, whether ale or lager, and dig into the literature like I did. Pilsner was my choice—which I now know is a Czech lager with an interesting backstory. Yale Press’s “A Natural History of Beer” is available now on Amazon ($17).