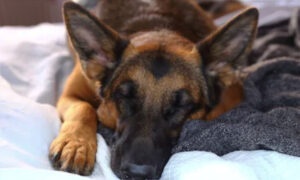 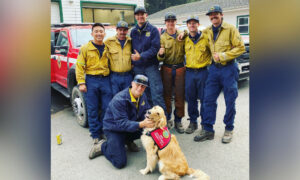 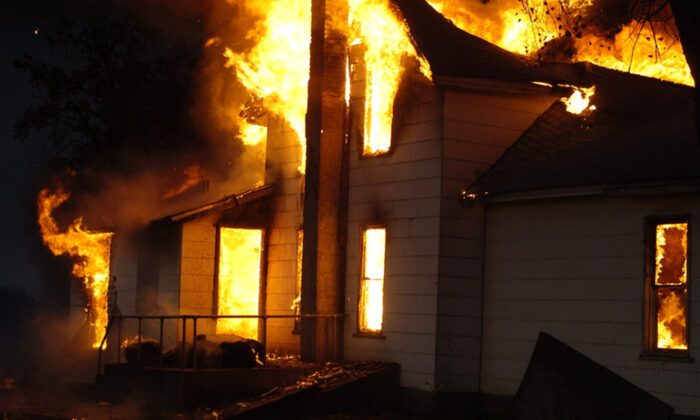 An Alabama family owe their lives to their beloved great Dane, Ralph, after the 4-year-old dog alerted them to a house fire. Woken in the nick of time, Derek Walker and Maria Gilbert managed to escape with their two children and one of their pet pigs before the blaze consumed the property and everything inside.

Ralph was in his kennel outside the home in Birmingham, Alabama, when the fire started shortly before 2:30 a.m. on Sept. 8.

The dog sensed trouble before anyone else did.

“[W]e heard him barking,” Walker recalled, speaking to AL.com. “He usually doesn’t make a sound at night, and it was a different kind of bark.”

Walker got out of bed to investigate and heard a noise in the kitchen before catching his first glimpse of flames licking the kitchen window. His children, aged 9 and 12, were both sound asleep. He knew he had to act fast.

The father of two yelled “Fire!” to rouse his family. After rousing, Gilbert fetched the couple’s daughter and whisked her to safety before heading to the boy’s bedroom on the ground floor.

He was still asleep, unaware of the danger. “The fire was right outside his wall,” Walker recalled. “He wasn’t awake because he sleeps covered with his blanket.”

Gilbert woke her son and escorted him out to the yard. Then Walker went back inside to the sunroom in an attempt to rescue the family’s two miniature pigs; however, only one made it out alive.

Then the family released Ralph from his kennel and awaited emergency services. The North Shelby Fire Department (NSFD) arrived on the scene just four minutes after receiving a 911 alert and found the entire rear part of the home engulfed in flames.

NSFD battalion chief Robert Lawson later told AL.com that the housefire likely started on the kitchen grill and then spread quickly. A self-professed animal lover, Lawson then praised the great Dane for keeping his family alive.

“There was so much smoke I don’t know if we would have made it out,” Walker reflected. The rented home’s smoke alarms, he explained, didn’t sound until the house was already filled with smoke.

Valleydale Church, the family’s place of worship, is providing support as the foursome and their two surviving pets recover from the ordeal.