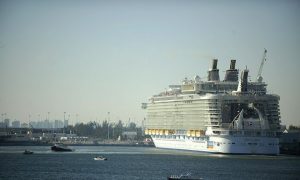 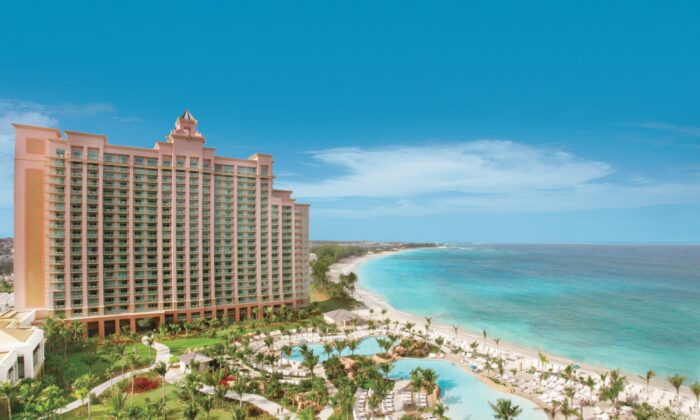 NASSAU, Bahamas—As rescuers search for bodies amid mountains of debris and the stench of death on the island of Abaco in the Bahamas, life on most of the archipelago’s 700 isles is little changed.

Cruise ships have pulled in and out of the capital and tourist hub, Nassau in the two weeks since Hurricane Dorian struck the northwestern islands, depositing foreign sightseers onshore to haggle for conch shells and T-shirts.

Workers in the country’s vital tourist trade are hoping for a quick comeback, even as the Bahamas struggles with its first steps toward recovery from a storm that killed at least 50 people and left about 70,000 more needing shelter, food and water, and medical aid.

The sector faces many challenges: Two popular tourist destinations—Abaco and the island of Grand Bahama—were essentially swept off the tourist maps by Dorian.

“Those were our second and third most important destinations,” said Ellison “Tommy” Thompson, deputy director-general of the ministry of tourism and aviation.

Thompson said no one was talking about “throwing up our hands and giving up” on the hard-hit islands. But the images of the devastation have affected everyone from tour operators on the islands to U.S.-based travel agents who help connect travelers with cruise ships and activities.

Highlighting the destruction, United Nations Secretary-General Antonio Guterres said he was “horrified” on Sept. 14 after taking an aerial tour of Abaco.

“I’ve never seen such a level of systematic devastation,” Guterres told reporters. “Hurricane Dorian has been classified as Category 5, I think it is Category Hell, but it was not powered by the devil.”

Tourism last year accounted for $5.7 billion, about half the country’s gross domestic product, according to Thompson.

Away from Nassau’s tourist strip, luxury hotels were also bustling. At Baha Mar, an opulent hotel and entertainment complex, the casino floor was littered with vacationers shooting craps, sipping martinis at a piano bar and ordering $100-plus platters of sushi.

About 90 miles to the north, the hunt for bodies continued amid the wreckage of Abaco, where the United Nations’ World Food Program says about 90 percent of structures were destroyed.

“This has devastated our spirits and we are mourning with our friends who lost loved ones, but the reality is that life has to go on,” said construction company owner Jackson Brennen, 57, who was celebrating his wife’s birthday at Nassau’s Baha Mar.

“Only two of the islands were devastated. We’re still open for business, but it’s very difficult because the pain hasn’t stopped.”

Dave Curry, 37, who followed his father into the tour business, has run Simply Dave Nassau Tours for the last 20 years. His day trips pull people away from the high prices and tourist traps of downtown Nassau to visit historical sites and a local flea market in residential areas.

Since Dorian, Curry said his bookings had dropped by about a quarter, due to a rash of cancellations.

The slowdown has delivered a kind of one-two punch, as the Bahamas moves into a seasonal lull following the U.S. Labor Day holiday weekend.

Curry likened recent events to the period after Sept. 11, 2001, attacks in the United States, when many people in the Bahamas had friends and family who were impacted.

U.S. visitors are among those who have thought twice about Bahamas trips after viewing images of Dorian’s devastation.

While some canceled trips out of fear of getting caught in storm-force winds, Machado said others were simply frightened out of travel by the idea of seeing devastated islands.

That mindset is something Thompson and others in the tourism ministry hope to fight by emphasizing that islands such as Eleuthera, his personal favorite, boast tranquil pink sand beaches ripe for visitors.

“The business of tourism has to go on in order for us to get the revenue to rebuild,” Thompson said.

“The best way you can help is to continue to visit the islands of the Bahamas and, while you’re here, maybe stay an extra day, and spend an extra $50.”