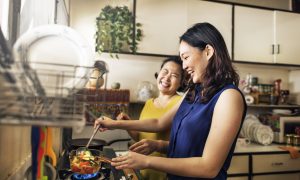 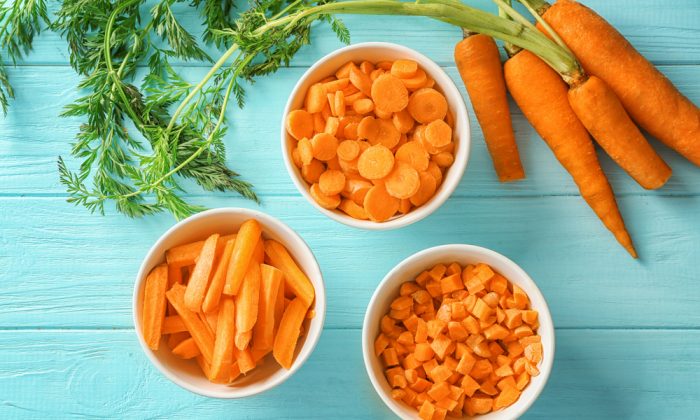 Back to School: Essential Kitchen Skills for Home Cooks

Cooking doesn’t have to be complicated. Frank Proto, director of culinary operations at the Institute of Culinary Education (ICE) in New York City, wants home cooks to know as much.

Start simple, master the basics, and practice a little bit more every day, and you’ll soon find yourself with the skills—and confidence—to feed yourself and your loved ones home-cooked meals like a pro.

Here, in the learning spirit of back-to-school season, Proto outlines a crash course in essential cooking skills for home cooks and professional chefs alike. It’s by no means comprehensive, but will help you lay a solid foundation in the kitchen, whether you’re starting from scratch or just need a quick refresher.

He offers two general words of wisdom to start: one, remember to taste as you go; and two, don’t be afraid to fail—because you will, and that’s how you learn. As he points out, “What’s the worst that can happen? The dog gets a burnt steak and you get pizza for the night.”

“So don’t be afraid. Just dive in, start cooking.”

Knife skills are the foundation of cooking, and learning how to properly wield and use a knife will make prep time—often the most dreaded step of the process—much easier, faster, and safer.

First things first: Get the proper equipment. As tempting as it may be, don’t buy one of those giant block sets of knives, Proto advises—chances are, many of those fancy blades will rarely make it out of their slots. For the casual home cook, he prescribes simply a chef’s knife, which will cover the bulk of your kitchen work, and a paring knife, for smaller jobs. (He himself typically relies on no more than a chef’s knife, a paring knife, and a boning knife.)

From there, it gets personal. The right knife varies depending on the individual, so head to the store and test out a few different options before buying. Look for one that fits in your hand comfortably, with a comfortable weight. And while a good chef’s knife doesn’t have to be terribly expensive, you generally get what you pay for, Proto said, so consider investing for the long run.

To properly hold a knife, use what Proto calls “the handshake grip”: pinch the bolster—where the blade and the handle meet—between your thumb and curled forefinger, then wrap your other fingers around the handle. That way, “you kind of look like you’re shaking hands, almost, with the knife,” he said. Avoid holding it too far back on the handle, which won’t give you much leverage; choking up on the blade will give you better control.

Grasp the knife firmly, but not with a death grip—that might actually up the risk for an accident, since, as Proto points out, “the harder you push with a knife, the more dangerous it is.” (That’s also a good reason to keep your knife sharp, and thus safer.)

With your other hand, form a “bear claw”: curl your thumb and fingers underneath, and use just the tips of your fingers to hold down whatever ingredient you’re cutting on your board. As you cut, the side of your knife can hit or even rest along your exposed knuckles, protecting your fingertips from the sharp blade.

When the remaining part of what you’re cutting gets too small to comfortably hold, feel free to let go, lay the piece flat, and do the best you can with just your knife. If you don’t like the way those rough cuts look, Proto suggests, try saving those pesky end pieces to toss into a stock or soup.

And here’s a bonus safety tip from ICE: Before you start chopping, place a damp paper towel or thin kitchen towel under your cutting board, to keep it from slipping on the counter.

Be Mindful With Your Cuts

The exact type and size of cut you use will depend on your recipe and personal preference, but whatever the case, aim for relatively uniform pieces to ensure even cooking.

In general, you’ll want to start by laying your to-be-chopped item flat on your board, Proto said. For something with a round or irregular shape, that might mean first cutting it in half, or slicing off a small piece from one end to create a flat surface for it to sit on.

Leafy herbs can also be difficult to wrangle; do so by first removing their tough stems, then gathering and rolling their leaves into a tight bundle for easier slicing.

When it comes to powerful aromatics like garlic and onions, cuts again vary based on the recipe and individual chef, but Proto prefers to keep the processing to a minimum. Since garlic becomes stronger and more pungent the more you cut it up, he typically smashes the clove with the side of his knife and calls it a day, to keep the flavor under control. Onions, meanwhile, risk devolving into a wet, soggy pile when finely minced, so he usually sticks with a coarser chop.

Organization breeds efficiency, and both are key to better cooking—whether in a fast-paced, high-pressure restaurant kitchen or at home.

Restaurant kitchens rely on mise en place, a French phrase and philosophy that roughly translates to “everything in its place.” That means gathering and preparing all the ingredients and equipment you need before you start cooking: assembling your tools on a clean countertop, digging your spices out of the cabinet, chopping and measuring all your vegetables. “[It’s] basically having everything close at hand, so that when you finally start cooking, you’re not running around the whole time,” Proto said.

Granted, this makes prep time a lot longer—but it’ll save you tons of time once you’re actually cooking. It’s a habit that requires you to slow down and plan ahead, in order to move faster later on.

Mise en place extends into a handy life philosophy, too. Outside of the kitchen, take the time to organize your workspace, clear your mind, and plan out your tasks before jumping headfirst into your day.

For Proto’s culinary students, mise en place starts with a prep list. When juggling multiple recipes, each with its own set of ingredients and timing, it helps to lay everything out in order on paper.

Even if you don’t make a list, be efficient about the order in which you prepare and cook your ingredients. For instance, if both your main dish and a side require chopped onions, chop them all up in one go and divide the pile as needed.

It also helps to do the dirty work first, Proto notes. Get anything that takes more time and effort or might make a mess, such as cutting meat, out of the way early on, then clean up and work your way into the easy stuff. In the restaurant industry, as service time looms near, “all you’re doing is adding the finishing touches,” Proto said. The same idea applies at home, as your family or dinner guests are preparing to sit down at the table.

Also imperative is the habit of cleaning as you go—wiping down surfaces, stashing away ingredients no longer needed—to make the work lighter on yourself at the end. That’s when you’ll want to be sitting down to enjoy the fruits of your labor, not scrubbing away at the sink.

Once you master a repertoire of basic cooking techniques, you’ll be able to apply them to just about any ingredient, for an endless variety of dishes. Proto shares tips on two especially simple and versatile building blocks: searing or sautéing, and oven-roasting.

Both searing and sautéing involving cooking over high, direct heat on the stovetop, usually with a small amount of oil in a shallow pan. The goal here, whether you’re searing steak or sauteing broccoli, is typically browning, to add extra flavor and texture to your food.

Start with the right size pan for the amount of food you’re cooking: you don’t want too much empty space, but you don’t want to crowd the pan either. For better browning (and the accompanying fond, the flavorful brown bits that build up at the bottom of the pan—more on those later), pass on the nonstick pan in favor of stainless steel or a cast-iron skillet.

Preheat your pan over high heat, then add just enough oil to coat the bottom. Once your cut of meat goes into the hot oil—skin side down, for optimum crispiness—“try not to bother [it] in the pan all that much,” Proto said. Have patience, giving it a chance to develop a nice, golden-brown crust before flipping it to do the same on the other side.

If you’re dealing with an especially thick cut of meat—say, a large steak or chicken breasts—you might have to finish it off in the oven, to cook it through without burning the outside. Proto relies on experience and intuition to check doneness, but home cooks might find an instant-read thermometer handy.

Then, let your meat rest while you turn your attention back to the pan. Remember those brown bits at the bottom? Those are the basis for a pan sauce, one of the easiest ways to instantly upgrade a seared cut of meat.

The blueprint recipe is simple: Pour out the excess fat from the pan, add a handful of aromatics (think chopped shallot or garlic) to cook down, then pour in a cup or so of liquid (wine, broth, or even water works) and use a wooden spoon or spatula to scrape up the brown bits from the bottom of the pan, a process called deglazing, to add those deep, caramelized flavors to the sauce. Simmer until the sauce is reduced by about half, then take it off the heat and swirl in the final touches: a pat of butter for richness, salt and pepper as needed, a squeeze of lemon if you like.

For a more hands-off approach to cooking, turn to oven-roasting. Proto roasts “everything,” he said, from whole chickens to all sorts of vegetables, for the concentrated, caramelized flavors and crispy textures the process lends.

If you’re roasting meat, avoid taking it straight from the fridge to the oven; give it a little time at room temperature to take the chill off.

For roasting vegetables, cut all the pieces as even as possible, and spread them out in one layer on your pan. If they’re stacked or crowded together, they’ll simply steam, without crisping up nice and golden.

Preheat your oven before sliding in your food, and try to rotate your pans 180 degrees halfway through cooking, since ovens tend to have uneven hot spots.

And hold the frills: Proto prefers roasting simply, especially when it comes to vegetables, with just a healthy coating of oil and salt and pepper. While they’re roasting, you can throw together a sauce that fits your cravings—a simple herb vinaigrette, or a more complex romesco—to dress them up when they’re done.

At its New York City and Los Angeles campuses, ICE offers a variety of recreational culinary classes for home cooks of all levels. Topics range from sushi to tacos to classic steakhouse fare, but beginners will find the Knife Skills and Essential Skills classes especially helpful. Register at Recreational.ICE.edu (NYC) or ICE.edu/losangeles (LA).