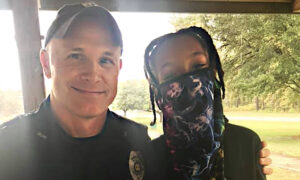 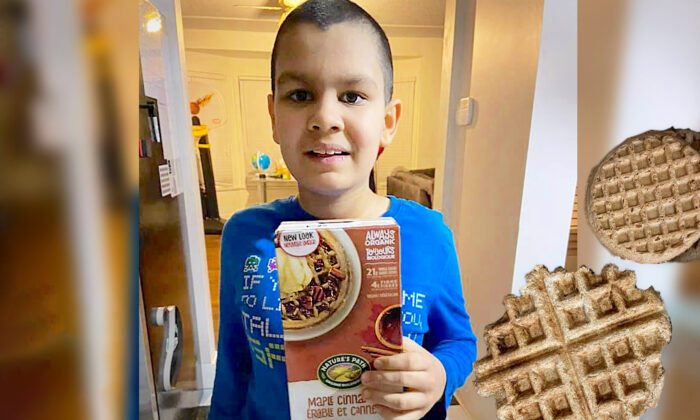 The only solid food 9-year-old Jerico Roman can chew and swallow is a particular brand of discontinued waffles. While this might seem strange to those without eating issues, Jerico, who is autistic, faces somewhat complex eating challenges.

After his desperate mom started an online campaign to buy up the remaining stock of the product—Nature’s Path maple cinnamon waffles—the organic food brand noticed, and came through in a big way.

Remarkably, they sent mom Jenna Roman the recipe so that she could try making the waffles at home.

Jenna, from Surrey, British Columbia, describes herself as a “single mom of three and all the roles that come along with that, plus having two special needs boys.” Her son Jerico usually goes through two boxes of the organic maple cinnamon waffles every day.

While some might find Jerico’s tedious diet demands incomprehensible, for Jenna, finding a “safe” food for her son is nothing short of a triumphant accomplishment.

“People think these kids will eat when they are hungry and their ‘basic needs’ will kick in, but it doesn’t work like that at all,” Jenna told The Epoch Times. “These kids will starve themselves to death if they don’t have their ‘safe’ foods.”

She adds, “Back in the day, these children would be put in institutions to suffer and die.”

Jerico’s food woes started when he was around 8 months old. Jenna’s pediatrician advised her to forcefully administer more textured food to her son and not allow herself to be controlled; there was no understanding or empathy for Jerico’s challenges, Jenna said.

Unfortunately, in early 2021, the waffles were discontinued.

That is, until Jenna reached out in desperation on social media to help her son—a creative artist who loves to illustrate his own books, she says, and is the “most kind, loving, empathetic, caring little guy.”

A friend convinced Jenna to start a crowdfunding page in hopes of locating and obtaining as many remaining cases of waffles as possible—and a deep freezer to store them in. When Nature’s Path caught word of Jenna’s campaign, they stepped in to make it so much more.

The company tracked down the last six cases of waffles in Illinois and sent them to Jenna, Global News reported. On March 5, they also sent the recipe (perfected by their research and development team for home use) and shipped all the ingredients to the surprised mom’s home.

“[T]hey were determined to do it, they were on a mission,” Nature’s Path spokesperson Samantha Falk told the Vancouver Sun. Falk made the delivery in person.

Overwhelmed, Jenna posted an update on Facebook. “Most companies would not of gone this far to help and without you guys I don’t know what I would of done,” she wrote.

Now, Jenna hopes to wean her son onto the homemade waffles by experimenting in secret, worried Jerico could reject the recipe if he knew they were not the same waffles as the ones he trusts and loves.

Jenna’s longer-term goal is to connect with a feeding specialist interested in working on Jerico’s unique needs.

“I hope through all of this awareness and education comes, for those struggling, to not feel so alone and have a voice,” Jenna said, “plus those who are ignorant or unaware of this challenge can be educated on how extreme this can be.”

On March 11, Jenna shared photos of her first attempt cooking waffles at home on GoFundMe.

“First thought, they taste AMAZING but not similar enough for Jerico,” she posted. “I have to make them at night and do my own testing so Jerico doesn’t know anything … Stay tuned.”