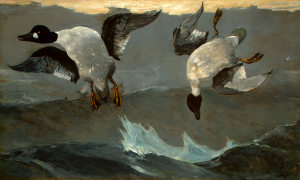 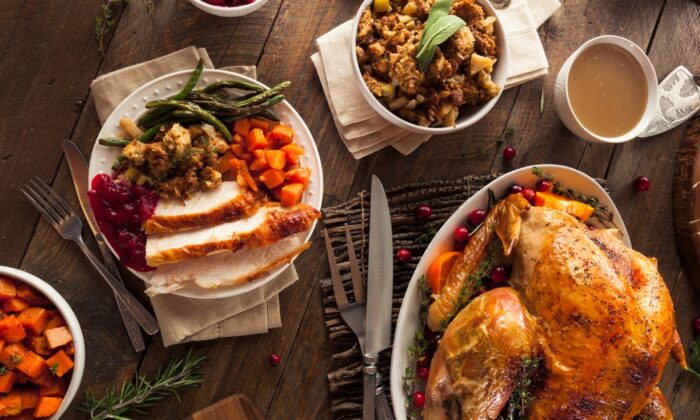 At the Thanksgiving Table, a Celebration of Abundance

Across the country, regional specialties and family recipes add diversity and richness to the traditional feast
By Belinda Hulin Crissman

Tradition—it’s the backbone of the American Thanksgiving celebration. Families and friends gather, often at the same home or venue each year, and exchange heartfelt endearments. We give a nod to, or in some families a full embrace of, life’s blessings. And, if there are young people in the mix, we may even speak to the story of our early ancestors, and the cooperative celebration of colonists and Native Americans.

Since Thanksgiving serves as a harvest festival—even for those far-removed from field and farm—the entire tableau happens against a backdrop of food. Oh so much food!

Ostensibly, the classic Thanksgiving menu pays homage to the first Thanksgiving feast in Plymouth, Massachusetts. To be sure, the participants in that Thanksgiving potluck enjoyed a table set with wild turkeys, ducks and geese, venison, squash, corn bread or porridge, onions, wild nuts, and possibly dried fish.

But if you go with research that documents a Thanksgiving 50 years earlier, with Spanish settlers and the Timucua tribe in St. Augustine, Florida, the feast might have included red wine, salt pork, garbanzo beans, olives, garlic, roasted fish, clams, turtles, fresh corn, beans, squash, and berries.

But that’s all right, because it turns out that adaptation has been part of the American Thanksgiving tradition all along.

Differences in geography, ethnic heritage, taste preferences, and cooking abilities, not to mention the availability and affordability of ingredients, continue to add diversity to the Thanksgiving table.

The best menu additions tend to happen when seasonal ingredients merge with a grand gesture.

The late author Ann Hyman, a fourth-generation Floridian, hosted a famous “lost souls Thanksgiving” each year for her Jacksonville friends who couldn’t travel to meet family. Guests contributed the essentials of turkey and all the trimmings, but the showstopper was always the amusé bouche of freshly roasted Florida oysters prepared by Ann’s son Joe. Guests still talk of milling about on the lawn facing the St. Johns River, eating oysters just off the grill, sipping wine, and feeling genuinely thankful.

In the tiny central Pennsylvania town of Oriental, Sue Goodling recalls that at Thanksgiving, her parents made dishes that were, well, too much trouble to make otherwise. “We had a big family, and it was the one holiday when we knew the entire family—along with their spouses and children—would be there,” she says.

“Daddy always made the best cranberry salad. Remember there were no home food processors then. He would grind up cranberries, fresh local apples, crushed pineapple, and black walnuts with a hand grinder. Mom baked pumpkin pies, of course, but she also made real mincemeat pies, usually with venison that someone in the family had provided.”

Some Thanksgiving cooks boast a signature dish or custom that makes their holiday meal unique. Jewish families have been known to serve noodle kugel, while Puerto Ricans might include rice and pigeon peas, and Italian Americans may offer a platter of lasagna beside the turkey.

New York City native Richard Salkin recalls that Thanksgiving was his mother’s official holiday. “She was Jewish but not particularly religious, so she never cared if you spent any of the other holidays with friends or, when we got older, with your spouse’s family,” he says. “But we were expected at Thanksgiving.”

“She welcomed extended family and friends, got out the good china and silver and serving pieces, and put out a magnificent spread. It was pretty impressive if you knew, as I did, that she really hated to cook!”

The signature dish of his mother’s Thanksgiving was her noodle stuffing. “My mom used to make a thin-noodle stuffing that I’ve never seen anywhere else. It tasted great until she would sneak in a little liver, which she hoped I wouldn’t notice,” he says, laughing. “And I always did. We joked about it for decades. And to this day, I can detect even microscopic quantities of liver in any dish—and not in a good way. It’s still a deal-breaker for me.”

Navy veteran and training specialist Donna Fong always makes her way to Roseville, California, for Thanksgiving, where everyone gathers at her maternal grandmother’s house to feast. “We have all the traditional dishes,” she says, “but there’s one thing everybody looks forward to, and that is my grandmother’s cucumber salad. I know a lot of people make a cucumber salad, but her version is special—it just tastes better. As soon as I taste it, I know I’m home.”

A sense of terroir plays a role in many Thanksgiving gatherings. In Louisiana, pecan pies often replace pumpkin, and andouille sausage can be found in stuffings. New Mexican families add green chiles to the table; in the Pacific Northwest, hazelnuts and wild mushrooms appear; and in Baltimore, sauerkraut.

Cherie Claire, the author of the Viola Valentine mysteries, is a New Orleans native who now lives in Cajun country. Her palate was formed at an early age but then expanded as life happened.

“I was blessed to hail from the culinary mecca of New Orleans, so Thanksgiving meant oyster dressing and whiskey milk punch,” she says. “But I also moved around in my teen and college years and later married a Jewish man, whose mother introduced me to new and exciting foods.”

“So now, at Thanksgiving, we make a chicken and sausage gumbo the night before, since family usually comes to town on Wednesday all hungry for the trademark Louisiana soup. Thursday means turkey in our Lafayette, Louisiana, home. We serve it up with sweet potatoes, locally grown and enhanced with Steen’s cane syrup. For dessert, we have my mother-in-law’s mandel bread along with southern pecan pie. It makes for a diverse Thanksgiving, but I love mixing it up.”

Claire noted that the Thanksgiving turkey she serves is often injected with spices and fried whole, which has been the preferred cooking method among many Cajun families for decades now. Deep-fried turkey cooks in half the time of roasted turkey, and it’s flavorful, tender, and juicy.

It’s also a little tricky to navigate, so veteran cooks advise following directions exactly. (If you have to say “hold my beer” before putting the turkey in boiling oil, better to let someone else handle the cooking.)

Sometimes a new addition to the traditional Thanksgiving feast isn’t so much planned as a matter of happenstance.

Some of these things are fast on their way to becoming part of our Thanksgiving tradition, and none of these dishes have replaced any of the other foods on our menu. All the iconic dishes—turkey, stuffing, gravy, sweet potatoes, corn, green beans, cranberry sauce, and pie—are still part of the feast.

And why not? The common tradition of Thanksgiving is a story of abundance.

RECIPES: Cajun-Style Deep-Fried Turkey, and Other Thanksgiving Family Recipes From Across the Country