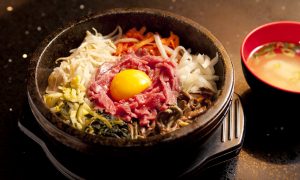 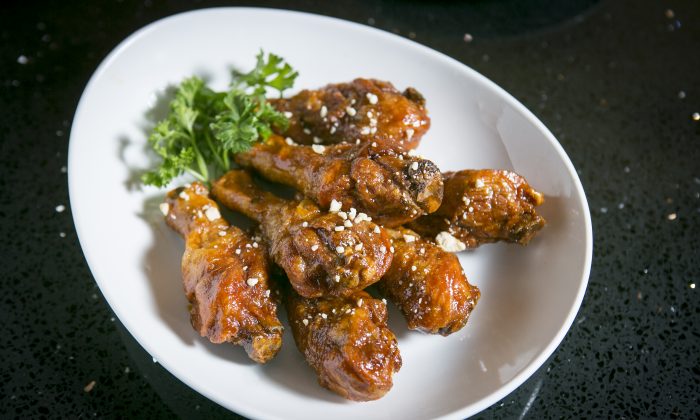 First came the calls. Sung Jin Min hadn’t expected them. And they kept coming: Was it true he was offering gluten-free Korean fried chicken?

It was, and news had carried through the grapevine.

From the very beginning, since his restaurant Hell’s Chicken opened in the spring of 2013, he had been serving two versions of his battered fried chicken.

Most restaurants as far as he knows use a batter made of wheat flour. His was made of both rice and wheat flour. And he made a gluten-free version as well with rice flour.

But as inquiries about his gluten-free version increased, he was coming to grips that it was a hassle—more time and work—to use different batters and also different cooking oils.

He decided to switch entirely to the gluten-free version and told no one. The wheat and rice batter was replaced by an all-rice flour batter. Soybean oil made way for canola oil.

While gluten-free products, like bread or pasta, can usually be distinguished at first bite, nary an eyebrow lifted among his customers.

According to Min, the wheat flour used to add crispiness, but he has compensated through a slightly longer frying time. Those who can tell the difference tell him the chicken is now lighter and cleaner, he said.

I remember eating his original, succulent fried chicken and must confess I could detect no difference.

The most popular sauces, slathered on the crunchy skin after a double-frying, are the soy-garlic, and Hell’s sauce. This red concoction has retro roots; it was popular in South Korea in the ’80s. The tomato-based sauce, which is a bit sweet and a bit savory, is made with ketchup, rice syrup, and soy sauce, among other ingredients.

You can also order the chicken without sauces but they add a world of flavor.

You’ll find a selection of about 30 beers, some rotating, to accompany the fried chicken.

One is a tofu kimchi (Dubu Kimchi) salad, but not the traditional Korean take on it (no heat here, and no pork either). Three mounds greet diners: the one on the left, white kimchi, which is refreshing and whose tanginess is a great foil to anything savory and fatty; on the right, an earthy scoop of tofu with ground up sesame; and in the middle, a scallion salad ($8).

Scallion salad is a traditional, indispensable touch, pungent and slightly sharp, and it is the stuff that cleanses your palate and makes it easier to go back for more.

For the meat-inclined, the braised pork belly, Guwun Bossam, with its multiple layers of fat and meat, is mildly sweet, and is accompanied by rolls of white kimchi tightly embracing spicy daikon pickles ($6).

The thin slices of short ribs, Suyuk, are tender, savory-sweet, served over a delicate dressing of soy sauce, vinegar, garlic, and with the essential scallion salad ($6).