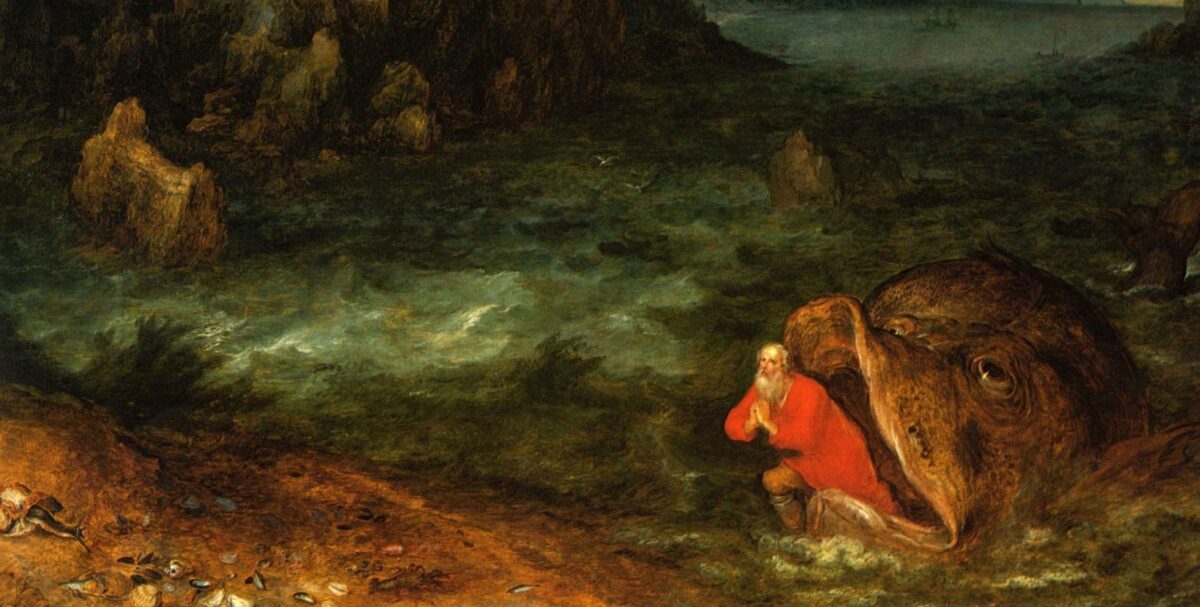 A detail from "Jonah Leaving the Whale," circa 1600, by Jan Brueghel the Elder. Alte Pinakothek, Munich, Germany. (PD-US)
Traditional Culture

Arts and Culture: Can One Avoid Fate? Part 2: Fate Versus Destiny

We discussed in Part 1 of this article how fate or destiny seems to be an inescapable part of the human condition. Indeed, in the pagan myths even the gods themselves, including Zeus, seem to be subject to its power, although there is also the opportunity to avoid catastrophe by doing the right thing.

Zeus himself avoided being defeated by the prophecy that the son of the nymph Thetis—whom he was considering impregnating—would be greater than his father. Circumspectly, therefore, Zeus married the nymph to a human, Peleus, and their child was the great warrior Achilles; but being only human, Achilles was no threat to the supremacy of Zeus.

Perhaps at this point a distinction might usefully be made between “fate” and “destiny,” and this distinction is based on the connotations of these words. Fate—not always but often—has a negative connotation: It is like a trap that we cannot escape from, as when we say something or some situation is “fatal.” It comes on us no matter what we do to the contrary, and it may or may not be for our good. We commented last time that Achilles, in a sense, chose his fate. But according to Homer, it proves to be an unfortunate one: He is unhappy in Hades.

Destiny, on the other hand, contains the sense not only of a purpose being achieved—Achilles certainly did as a warrior—but also of a higher purpose being achieved. Herakles suffered, massively, but as a result of his contribution to the gods (and humankind), he was elevated to the heavens, both as a constellation and to Mount Olympus, the home of the gods.

It would appear, then, that we have to avoid our “fate”—as in, my father or my mother is an alcoholic or a junkie or whatever, and so I am fated to become one. This is reading someone else’s script or fate as if it were our own and as if we are powerless to alter it.

Instead, we have to actively seek out our own higher purpose or destiny. This is when our choices and actions accord with the will of the gods (in pagan mythology) or in theistic times, the will of God. There is a higher destiny for each and every one of us. However, the catch is this: The higher destiny always seems to involve acute suffering as well as taking personal responsibility.

What Is My Destiny?

People might ask, what then is this destiny I have been called to? And in trying to answer this question, we need to notice one really important feature about the myths and stories of long ago that they have in common. Namely, that whether we are talking about a myth like that of Oedipus in the Greek tradition or the account of Jonah, say, in the Bible, both are given a prophecy, or an oracle, or a warning of what their destiny will be, or what they need to do to fulfill it. Put another way, human beings are not left untended, unwarned, or ignorant of the transcendental purpose coming their way.

In the case of Oedipus, the prophecy comes before his birth even: He would kill his father and marry his mother. For this reason, his biological father, King Laius, attempts to have his son destroyed after birth but fails. As Oedipus comes to adulthood, he learns of the prophecy concerning himself, and as a result—taking personal responsibility by countering the oracle—he flees as far as he can from the possibility of fulfilling it. But, sadly, he is blind to his own, true situation, and the flight itself places him in the way of, unwittingly, fulfilling the prophecy.

The Irony of Oedipus and His Redemption

What is ironic here is that Oedipus is, from the perspective of human reason and cleverness, one of the greatest minds of his day: He solves the famous riddle of the Sphinx when no one else can. Yet, as to his true situation, he is wholly blind.

He wants to do the right thing and actively takes responsibility, but each step he takes paradoxically drives him to his fate, or perhaps, better to say, to his destiny. For although, after discovery of the truth, his suffering is intense, he takes complete responsibility for all his actions—including blinding himself (thus acknowledging guilt) and immediately renouncing his kingship.

His final and mysterious disappearance in the sacred grove at Colonus suggests not fatality, but destiny: a high reconciliation with the gods because he has fulfilled their will. In fact, the voice of a god cries out as he walks into the depths of the sacred grove: “Oedipus, Oedipus, why do we linger. Long indeed have you been made to wait.” There is redemption in realizing one’s destiny.

A very different story concerns the destiny of Jonah in the celebrated story in the Bible. Although one of the shortest books in the Old Testament, this story is surely one of the most famous. Along with Adam and Eve, and Noah’s Ark, it is one of those archetypal stories that resonate in the imagination in almost inexplicable ways.

Here, however, we find Jonah not explicitly fated before his birth, but receiving as an adult the “word of the Lord”—an explicit command from God to go to Nineveh and there prophesy against it; there tell Nineveh of its fate.

The fate or destiny of Jonah is not seemingly the issue initially, but the fate of the 120,000 people, who according to the Bible “do not know the difference between their right and left hands, as well as many animals.” Their fate is connected to their willingness, or otherwise, to submit to the will of God, which means abandoning their evil ways and repenting.

And this, too, seems to be a common feature in deciding whether there is to be a great destiny or an ignominious fate: The citizens of Nineveh, including the king, do repent—in sackcloth and ashes—and the disaster, the fatal doom, is thereby averted.

Oedipus, on the other hand, cannot prevent the prophecy from coming to pass, but in submitting to the will of the gods, he finally earns a high destiny and appears to be joining them.

But Jonah, of course, rebels against the word of the Lord. He goes away from Nineveh, which is hundreds of miles inland, to Joppa (current-day Tel Aviv) to sail to Tarshish, which was at the farthest western limit known to the Hebrews. In other words, Jonah goes as far as possible to escape the command of God.

The Making of Jonah, the True Prophet

It is not to be, however: Jonah cannot escape the destiny that God has ordained for him. Enter the whale. From the stomach of the fish, realizing that resistance is futile, he cries out that he is now ready to fulfill his destiny and go to Nineveh, and the fish vomits him out.

His preaching, to his chagrin, is successful. We are not told why the people and the king believed his proclamations about God’s forthcoming judgment, but with a little imagination it is, perhaps, not difficult to see how he was so convincing.

First and foremost, he was a living emblem of someone who had experienced judgment himself. Psychologically, how profound must this turnaround have been to him? How would it have affected his speech patterns and mental focus? I would argue that this event was every bit as overwhelming as Oedipus’s experiences.

And second, what must his appearance have been like? People who work in fish markets develop over time an extreme odor. But to be inside the fish—what of Jonah’s hair and complexion? One might imagine that his skin would attain a sort of albino coloration as a result of internal acidic processes. The famous and alleged story of James Bartley in the 19th century being swallowed by a sperm whale for 36 hours records that his skin had been bleached when they recovered him.

Jonah’s fate was certainly not to be a bureaucrat in a smart suit. He appeared out of nowhere, though probably rumors of this crazy, wild-looking nomad approaching Nineveh started circulating long before he actually arrived—a prophet indeed!

If we think about it, the weird reality is that if Jonah had initially obeyed God’s command and gone to Nineveh and preached, he probably would not have been acknowledged as a messenger of God. For God’s will—Jonah’s destiny as well as Nineveh’s fate—to be realized, Jonah had to reject the command. Only through his suffering could he fulfill it.

This leads to the final observation that there is much in common between Oedipus and Jonah: Both receive a divine revelation, and both run away from their respective oracles. Indeed, both seek to go as far away as they can from realizing the prophecy, only to find that in doing so, they fulfill it. Both ultimately comply with divine will.

That is to say, however reluctantly and given their circumstances, they chose freely their destiny once they understood beyond all personal revulsion that it was divinely ordained. At that point, a wonderful synergy kicks in. As Patrick Harpur observes in his book “A Complete Guide to the Soul,” “Free will is married to fate, whereby whatever is freely chosen is also forever ordained.”

Part 1 in this series talks about how the ancients understood the idea of fate.

James Sale
Follow
James Sale has had over 50 books published, most recently, “Mapping Motivation for Top Performing Teams” (Routledge, 2021). He has been nominated for the 2022 poetry Pushcart Prize, won first prize in The Society of Classical Poets 2017 annual competition, performing in New York in 2019. His most recent poetry collection is “HellWard.” For more information about the author, and about his Dante project, visit EnglishCantos.home.blog
SHARE
EmailCopyFacebookTweet
You May Also Like 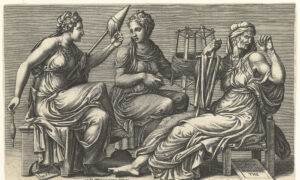 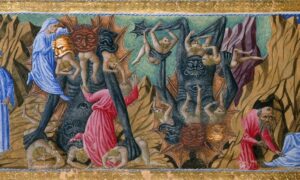 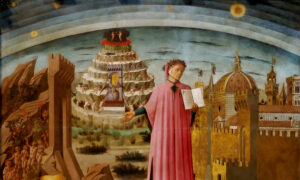